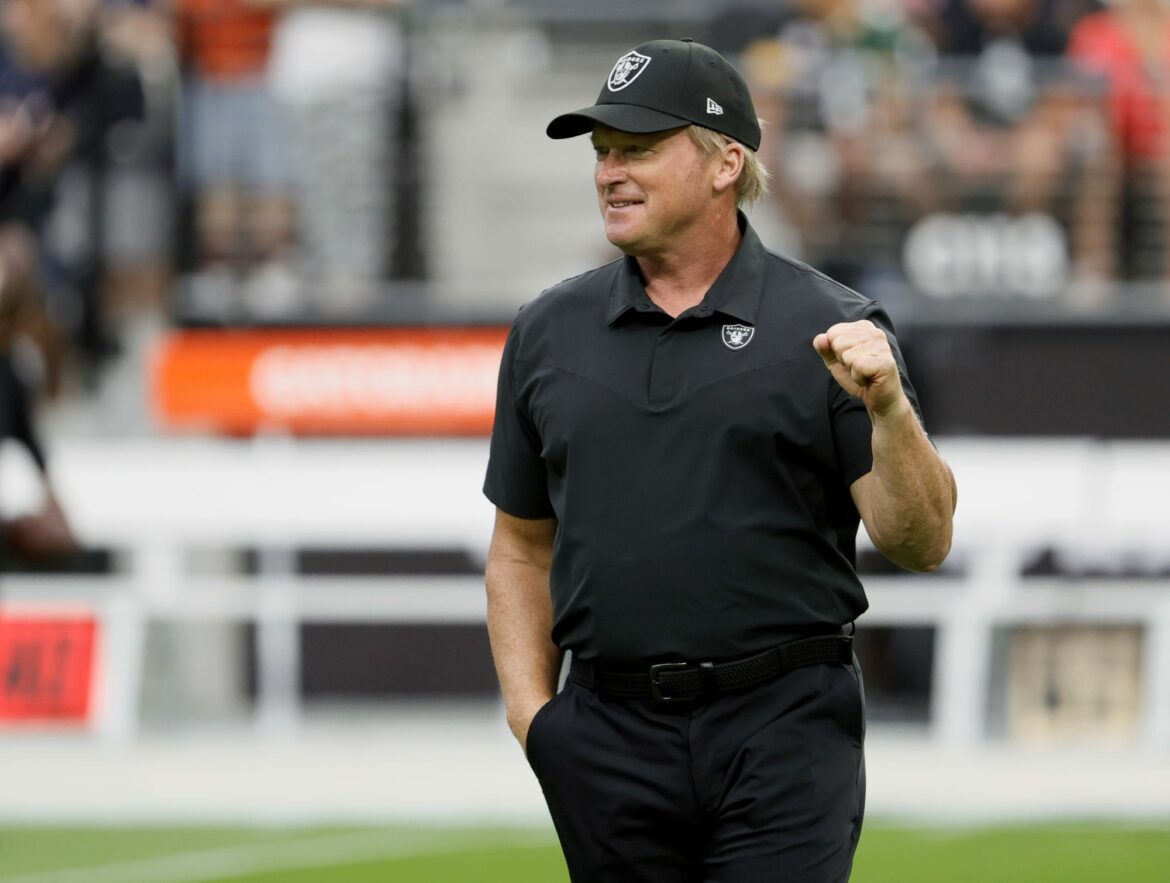 Disgraced Las Vegas Raiders head coach Jon Gruden is suing the NFL for destroying his reputation through a “malicious and orchestrated campaign.”

The audacity of Jon Gruden knows no bounds.

After Gruden’s emails were initially leaked, the former Raiders head coach said that his description of DeMaurice Smith that many perceived to be racist was simply a phrase he used to “describe liars.” While that may actually be true, according to Hall of Fame wide receiver Tim Brown, the subsequent leaked emails used offensive language that no one could justify or defend. Gruden was swiftly fired by the Raiders, but it appears Gruden’s the battle with the NFL is far from over.

Former #Raiders coach Jon Gruden is suing the NFL and Roger Goodell in Nevada district court, alleging they sought to destroy Gruden’s career and reputation through a “malicious and orchestrated campaign” that led to his resignation last month, Gruden’s attorney tells me.

According to Tom Pelissero, Gruden is now suing the NFL and Roger Goodell in Nevada district court, alleging that they they “sought to destroy Gruden’s career and reputation through a ‘malicious and orchestrated campaign’ that led to his resignation last month”, according to Gruden’s lawyer.

Gruden’s suit alleges that the NFL leaked selective emails to the Wall Street Journal and New York Times in order to force Gruden into resigning from his job. Gruden believes there is no explanation or justification for why only his emails were leaked out of the 650,000-email investigation, or why the emails were held for months before being released during the Raiders’ season.

Gruden’s lawsuit refers to it as “a Soviet-style character assassination. There was no warning and no process. Defendants held the emails for months until they were leaked to the national media in the middle of the Raiders’ season … to cause maximum damage to Gruden.”

Gruden describes what he experienced as “a Soviet-style character assassination.”

While understandable that Gruden would resign after his offensive emails became public knowledge, the questions surrounding why only Gruden’s emails were released has others in the Raiders organization questioning the NFL’s motives.

According to CBS Sports, sources indicate that Raiders owner Mark Davis thinks that the targeted ousting of Gruden is “a hit job.”

Apparently there is a long history of animosity between the Davis family and the league, as Mark Davis’ father Al took the league to court several times.

Perhaps that’s why Davis told a reporter to “ask the NFL” when asked to comment on the Gruden situation: he believes the league holds all the answers for this one.