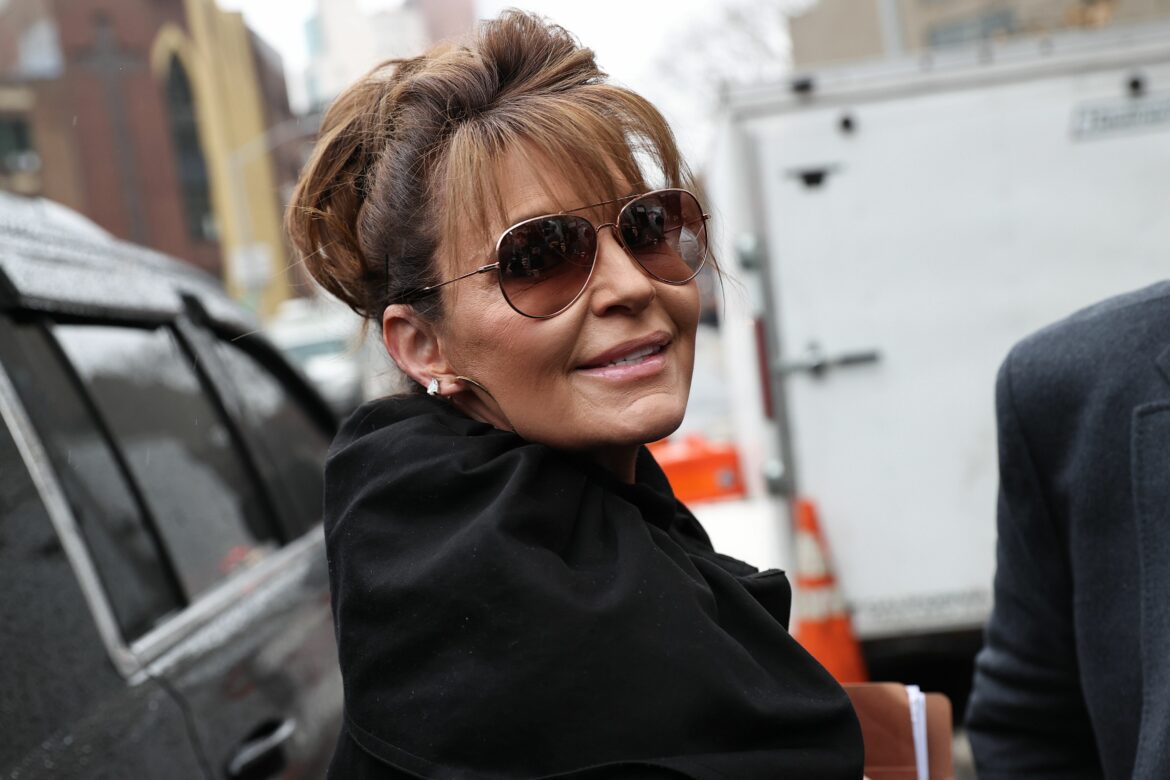 A federal judge on Monday threw out a defamation case brought by former Alaska Gov. Sarah Palin against The New York Times over an editorial the paper published in 2017.

As the jury was deliberating on Monday, U.S. District Court Judge Jed Rakoff ruled that Palin’s suit should be tossed because her legal team failed to produce substantial evidence that the paper knowingly and recklessly published false information about her.

Despite his ruling, Rakoff told the jury to keep deliberating to a verdict, and noted that an appeal in the case was very likely.

Still, the case could have broader impacts on press freedoms. In a country where defamation cases between public figures and major news outlets rarely go to trial, Palin’s case could end up having crucial implications for freedom of the press. If she appeals and the case makes its way to the Supreme Court, the justices could potentially revisit a bedrock legal precedent.

An attorney for The New York Times used his closing arguments to describe an honest mistake made by harried opinion editors who felt compelled to comment on the biggest news of the day: the June 14, 2017, shooting at a congressional baseball practice that injured Republican lawmakers, most critically Rep. Steve Scalise (R-La.). The editorial made points about the need for stricter gun control and argued that American political rhetoric had become too heated.

Attorneys for Palin, on the other hand, attempted to show that The New York Times harbored a long-standing hatred for their client and conspired to deliberately smear her name.

“In 2017, Sarah Palin had done nothing to deserve this,” attorney Ken Turkel said Friday.

Although it had been drafted by a different writer, the editorial was significantly reworked by James Bennet, who at the time was overseeing the Times’ opinion section. (Bennet was ousted in 2020 over a controversy involving a different editorial.) Its byline went to the editorial board, a small group of writers who bat around ideas and write opinion pieces for the newspaper together, wholly separate from the paper’s news reporters.

In his rewrite, Bennet mentioned a graphic published by Palin’s political action committee that had been condemned at the time of the Giffords shooting ― a map of the United States with “stylized crosshairs,” as Bennet put it, over certain districts held by Democrats. Giffords’ district was among them. At the time, Palin and other right-wing politicians had been criticized for increasingly violent speech; it was around this period that she peddled the catchphrase, “Don’t retreat ― reload.”

Yet there was never any evidence that Giffords’ shooter, Jared Lee Loughner, was inspired by an overheated political atmosphere, or that he had ever seen Palin’s map.

Attorneys for the Times argued in court that it was only natural to bring up the last time a shooter targeted a member of Congress at the time of the ballfield incident. But Palin took immediate issue with her name being in the piece, and the implication that she had directly helped incite the earlier shooting.

Testifying on the stand, Palin argued that she did not have nearly the same platform in 2017 that she had in 2011, and could therefore not as easily quash the rumor that she sparked a mass murder. Reading the Times editorial, she said, made her feel “powerless.” She described the dynamic as a David-versus-Goliath situation.

The New York Times ultimately issued two corrections on “America’s Lethal Politics,” neither of which mentioned Palin by name, which was a sticking point for her in court. Current and former New York Times editors, however, said it was common practice not to mention a person’s name like that so you didn’t end up accidentally repeating the falsehood. Bennet also said he thought an apology would have gotten back to Palin, since he said he was sorry in his written responses to questions from a CNN media reporter the following day.

“We are human beings. We do make mistakes,” Bennet testified.