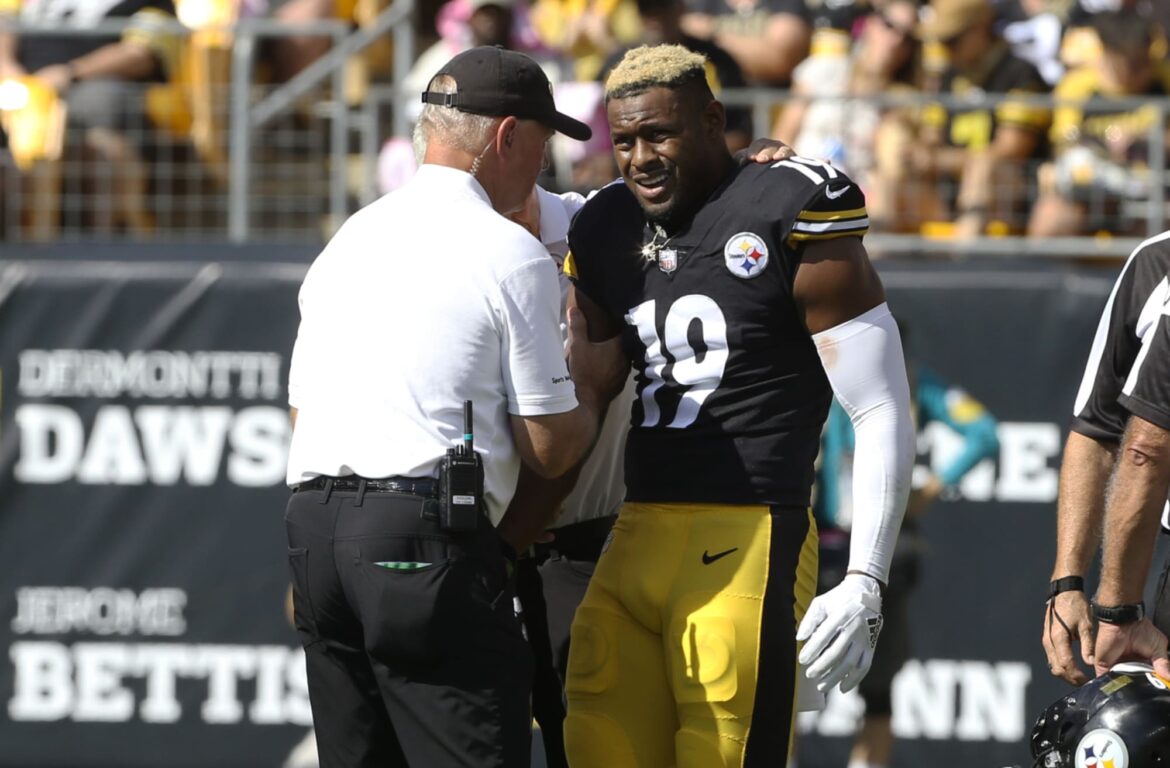 JuJu Smith-Schuster underwent surgery that will end his 2021 season and possibly his Steelers tenure but he had a heartfelt message for fans.

On Sunday, Pittsburgh Steelers wide receiver JuJu Smith-Schuster left the game with a shoulder injury and did not return. Now, it’s become unfortunately clear that he won’t return at all in the 2021 season.

The talented pass-catcher who returned to the Steel City on a one-year deal this season after testing the free agent waters underwent surgery on Wednesday that confirms he’ll miss the rest of the year.

After the procedure, though, Smith-Schuster offered a message for fans that was clearly heartfelt as he appeared both disappointed by the circumstances and thankful for all of the support from fans:

Blessed to have had a successful surgery this morning. There’s no other way to say it, but I’m heartbroken that I’m going to be out for the rest of the season. It kills me to have worked hard all year to help our team on the field and now have my season cut short five weeks in. I’ll do everything in my power to recover and I’ll put in another full offseason of work next year to perform to the best of my abilities next season. Thank you to the doctors and hospital staffs for taking care of me, and to the @Steelers organization for supporting me during this tough time! Thank you everyone for the well wishes too. I really appreciate all of the love. Be back soon.

When JuJu Smith-Schuster returns to the field, will it be with the Steelers?

As mentioned, JuJu Smith-Schuster returned to Pittsburgh on a modest one-year contract after a pedestrian 2020 season by his previous standards. Combined with a clear affinity for the city and Steelers organization, it appeared that the wideout was returning to the team for one last ride.

This offseason, the general belief seems to be that the Steelers will be turning the page on this chapter by possibly moving on from Ben Roethlisberger. With that transition, there could also be turnover with players such as Smith-Schuster.

In October, it’s impossible to say whether or not the former second-round pick will be back in Pittsburgh after this season. But there is a very real chance that he does suit up elsewhere as he returns to the gridiron from this injury.

No matter where he plays, though, his love for the fans and his clear desire to return and perform once he’s healthy is evident from his message after the surgery.