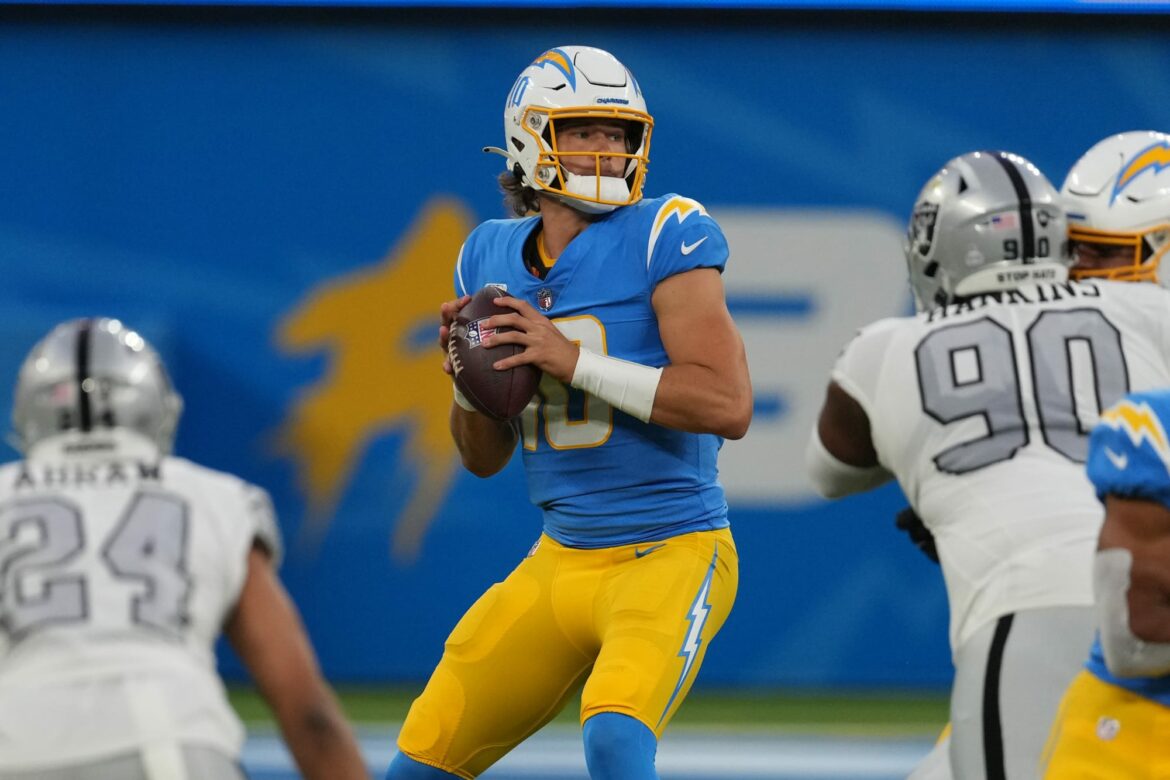 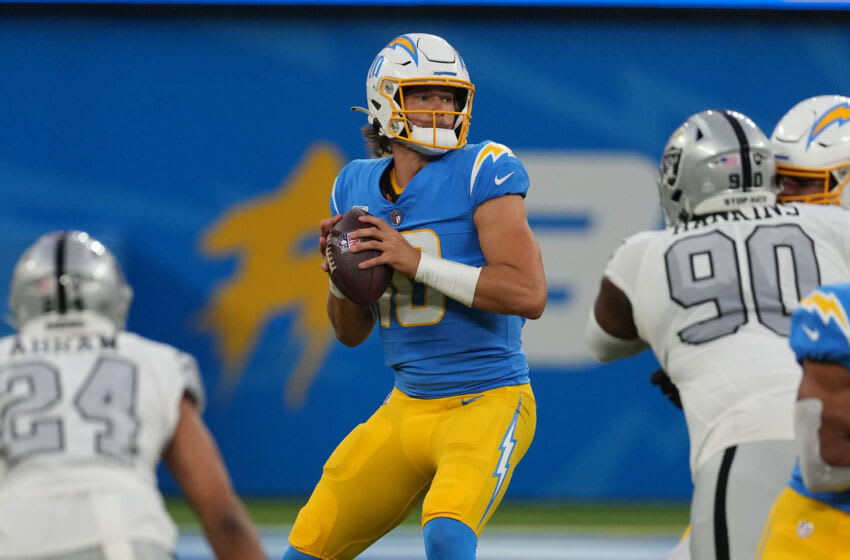 Los Angeles Chargers quarterback Justin Herbert knew what his future would be since he was a child.

During Monday Night Football’s matchup between the Los Angeles Chargers and the Las Vegas Raiders, ESPN shared a graphic during the broadcast of Chargers’ quarterback Justin Herbert’s childhood dream. Herbert’s youthful vision for himself was incredibly accurate.

As the 9-year-old declared, he is a professional football player living in Los Angeles.

The broadcast also shared that Herbert was a lifelong Oregon Ducks and Chargers fan. The Eugene, Oregon native went to Oregon and majored in science with an emphasis on biology. Excelling in the classroom, Herbert would have went to medical school if not for the NFL.

While medical school may still be an option in the future, for now, Herbert is living out the dream of his fourth-grade self, a professional football player for the Los Angeles Chargers.

After winning NFL Offensive Rookie of the Year last season, Herbert is not only seen as one of the best young quarterbacks in the game but one of the most-talented players at the position in general. After blazing record books during his rookie season, Herbert has started year two off just as impressive throwing for 956 yards and six touchdowns while completing 69.8% of passes through three games.

Herbert and the Chargers are currently 2-1 and can jump to the top of the division with a win tonight. Having already beat the Kansas City Chiefs once this season, the Chargers have announced themselves as Justin Herbert lives out his childhood dream.