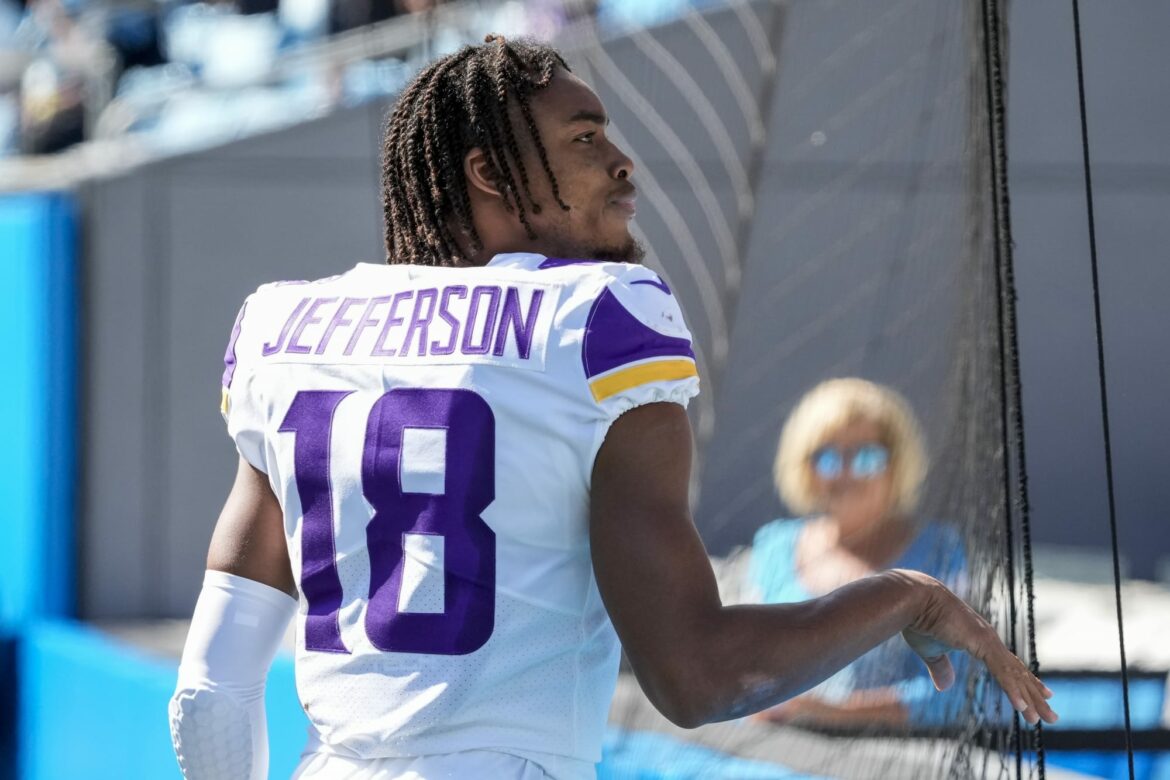 Minnesota Vikings wide receiver Justin Jefferson celebrated Halloween by wearing a Michael Myers mask during warmups ahead of the Vikings vs. Cowboys game.

Michael Myers from the classic “Halloween” films is known for slicing up teenagers.

Justin Jefferson is hoping to tear up the Cowboys‘ defense.

So it was a fitting nod to Halloween when the Vikings receiver donned a Michael Myers mask while warming up ahead of Sunday Night Football.

Justin Jefferson dressed up as Michael Myers for Halloween

Jefferson is one of many athletes who embraced the Halloween spirit on Sunday, but warming up in a mask shows extra dedication to the holiday.

It’s a big game for Jefferson and the Vikings. They’re hosting Dallas with an opportunity to improve to 4-3. Their chances are even better of grabbing their third-straight win because Cowboys quarterback Dak Prescott won’t play.

Jefferson should do his part to give his team the chance to win. He’s in his second season in the NFL and has shown no signs of having a sophomore slump. Following up his impressive 1,400-yard campaign in 2020, he has 542 yards through six games this year. He’s averaging 90.3 yards per game, putting him on track to match or surpass his rookie total.

In his first meeting against the Cowboys, he had 86 yards and a touchdown on three catches. However, Minnesota lost that game. We’ll see if Jefferson can make the difference this time with some Halloween luck on his side.