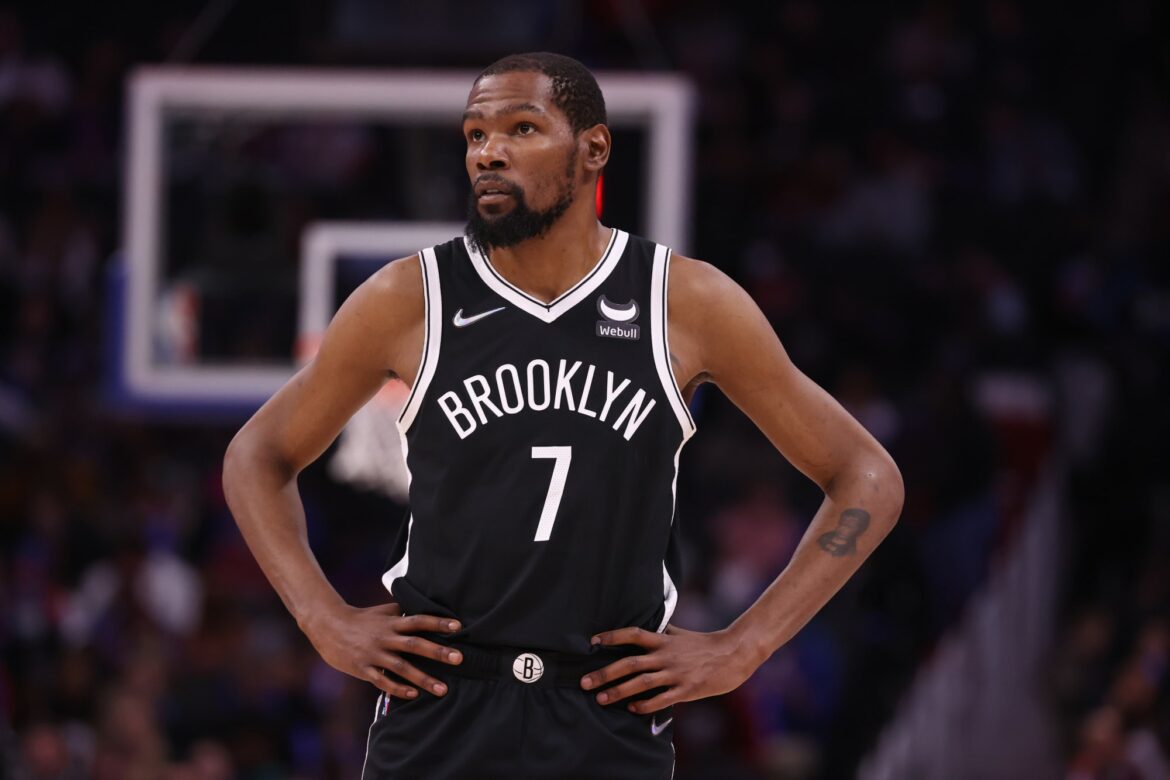 Brooklyn Nets star Kevin Durant responded to ESPN’s Stephen A. Smith yet again regarding his take.

Brooklyn Nets star Kevin Durant is not shy about sharing his thoughts on Twitter. That is evident, especially when he is talked about by ESPN’s Stephen A. Smith. That all began earlier in the week, where Smith said if Durant were not to win the NBA Championship with the Nets and the Warriors were, then he would be known more for leaving Stephen Curry for Kyrie Irving rather than for winning two NBA Finals MVP’s with Golden State.

That spurned a reply on Twitter, calling Smith’s take “egregious.”

On ESPN’s NBA Countdown on Saturday, Smith continued to clarify his take regarding Durant. Well, Durant responded, calling Smith “a flat out hater.”

Steve, since u decided to use ESPN to push your personal agendas, im sure your minions will run with this story for you, but if u believe this is what my career is defined by then you just a flat out hater. It’s gonna be hard to box the god in https://t.co/AUMkP8P59g

A couple of hours after Durant hit send, Smith responded to him in six tweets, telling him to “stop the B.S.” That, and Smith said that he is not rooting for the narrative, but he is “calling it like [he] sees it.” You can take a look at them below.

But right now, YOU ARE PLAYING. Chapters are still being written. You’re measured by what’s taking place in the moment.

I don’t wish it. I’m not rooting for it. I’m just calling it like I see it, and also based on what we’ve seen folks do for years. None of us get to control that narrative. We just have to call it for what it is.
I meant no disrespect to you and you damn-well know it.

….But it ain’t necessary. You know exactly what I mean and if you’re confused, you know the number. The last thing I am is hard to find.#Respect

Smith’s point, as stressed above, is that Durant will be more known for leaving Curry for Irving if the Warriors are to win the NBA Championship than for his him winning two Larry O’Brien Trophies with Golden State.

Durant, obviously, does not agree with the take, hence his more lengthy response than the one he made days earlier.

Of course, the Nets have been playing the majority of their season without their super team intact, as Durant is out with an MCL sprain while Irving is unable to play at home games due to New York City’s vaccine mandate. Now, there is buzz that James Harden could be gone either at the trade deadline or after the season, with the Philadelphia 76ers emerging as a potential suitor.

There is still plenty of season remaining, and it is entirely likely that the Nets could compete and potentially win the NBA Championship. We will find out that answer and see if Durant can put an end to that talking point.