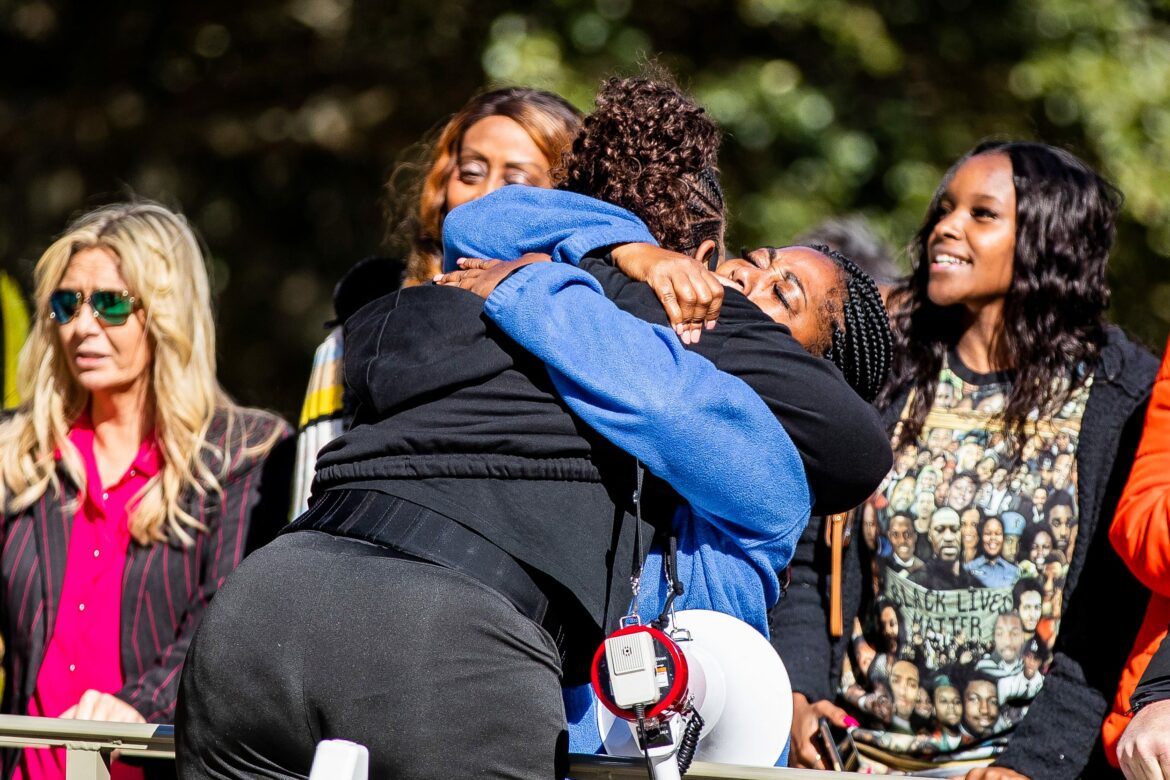 BRUNSWICK, Ga. — A jury found three white men guilty of hate crimes and other charges in the 2020 murder of Ahmaud Arbery, who was Black.

Father and son Gregory and Travis McMichael and their neighbor William “Roddie” Bryan — all already serving life in prison for Arbery’s murder — could face an additional life sentence.

In the federal crimes trial, the McMichaels and Bryan each faced one count each of interference with rights and attempted kidnapping. The McMichaels were each charged with one count of using, carrying, and brandishing — and in Travis McMichael’s case, firing — a gun during and in relation to a crime of violence.

The jury deliberated for about four hours.

HOW DO YOU PROVE HATE? The answer is more complicated than you think

The three men were arrested two months after the shooting on Feb. 23, 2020, when Bryan’s cellphone video of the incident became public and spurred nationwide outrage over what several high-profile figures called a lynching. The killing fueled a growing nationwide movement against anti-Black racism.

During the five-day trial, federal prosecutors argued the McMichaels and Bryan violated Arbery’s rights when they willfully interfered with his right to enjoy a public road in the Satilla Shores neighborhood because of Arbery’s race.

More than a dozen witnesses testified about the defendant’s pattern of racial animus and federal prosecutors presented text messages and social media posts from Travis McMichael and Bryan that used racial slurs when referring to Black people. One witness also testified that Gregory McMichael disparaged the late civil rights champion Julian Bond and said he wished all Black people would die.

Prosecutors argued in closing arguments that the defendants also acted as vigilantes.

Defense attorneys countered that Arbery was fatally shot in self-defense and had acted suspiciously during prior trips to the Satilla Shores neighborhood, mirroring arguments made in the state trial. Defense attorneys also reiterated that the trial was not about murder and argued prosecutors had not proved beyond a reasonable doubt that their clients acted on race.

The trial comes after a plea deal for the McMichaels fell apart just days before jury selection began. The McMichaels withdrew their pleas after Judge Lisa Godbey Wood rejected the initial terms of the deal, which would have seen Travis sentenced to 30 years in federal prison to be served concurrently with his state sentence. Arbery’s family strongly opposed the deal in court.

Because they went to trial, they may not face a stiffer sentence, Brunswick-based trial attorney Page Pate has said.

The defendants were convicted of murder last fall in a state trial and sentenced to life in prison, but state prosecutors did not present evidence the murder was racially motivated — evidence that was central to the federal prosecutors’ case.

Raisa Habersham is a watchdog and investigative reporter for the Savannah Morning News. Contact her at [email protected]