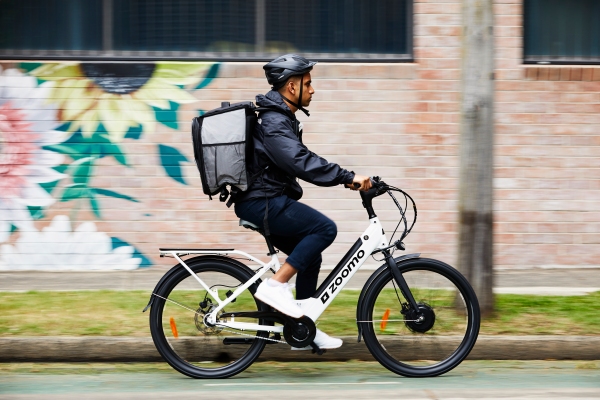 Zoomo, an Australian startup that builds utility e-bikes for delivery workers, has raised an additional $20 million in equity to close out its Series B round.

In November, the company raised $60 million in equity and debt for its Series B, which it used to fund further software development and more vehicles to expand. The additional funds, which bring Zoomo’s total funding up to $101.5 million, will be used for much of the same purpose, specifically hiring more team members globally and investing into further fleet and vehicle management offerings for both mechanics and customers, as well as developing an end rider app, Mina Nada, co-founder and CEO at Zoomo, told TechCrunch.

The startup is also continuing development and rollout of its new high performance utility e-bike, the Zoomo One, and is investing in new vehicle form-factors and accessories.

Zoomo offers its e-bikes as a flexible, weekly subscription for gig workers for anywhere from $20 per week to $35 per week in the U.S., which includes servicing and support. Often those prices can be cheaper if a gig worker is signing up through a partnership with one of the app-based delivery companies like UberEats or DoorDash. It also provides fleets of e-bikes (and third-party manufactured mopeds, in some markets), as well as fleet management software, to enterprise customers like Domino’s.

Since Zoomo was founded in 2017, it has expanded to 16 cities in six countries across North America, Asia Pacific and Europe, with Spain, France and Germany being added to the list just last year. The startup says its revenue grew 4x globally and its enterprise business grew 20x in 2021, but up from what, it didn’t clarify.

“2021 was a transformative year for Zoomo, as we saw enterprises and fleet managers, in addition to gig-workers, benefit from our innovative platform,” Nada said in a statement. “2022 is the year we take the business up a gear…At Zoomo, we see a world within the next decade where every last-mile delivery will be completed on a light electric vehicle supported by the Zoomo ecosystem. Our investors will help bring us one step closer to making this a reality.”

The raise was led by Collaborative Fund, with strategic investors MUFG Innovation Partners, SG Fleet, Akuna Capital and Wind Ventures also joining the round. This is the first time Zoomo has secured strategic funding, and marks the potential for future benefitial partnerships and initiatives, particularly in Latin America and Japan – Wind is the venture capital arm of COPEC, one of LatAm’s largest energy and forestry companies, and MUFG is the corporate VCarm of Mitsubishi UFJ Financial Group’s Open Innovation Strategy.