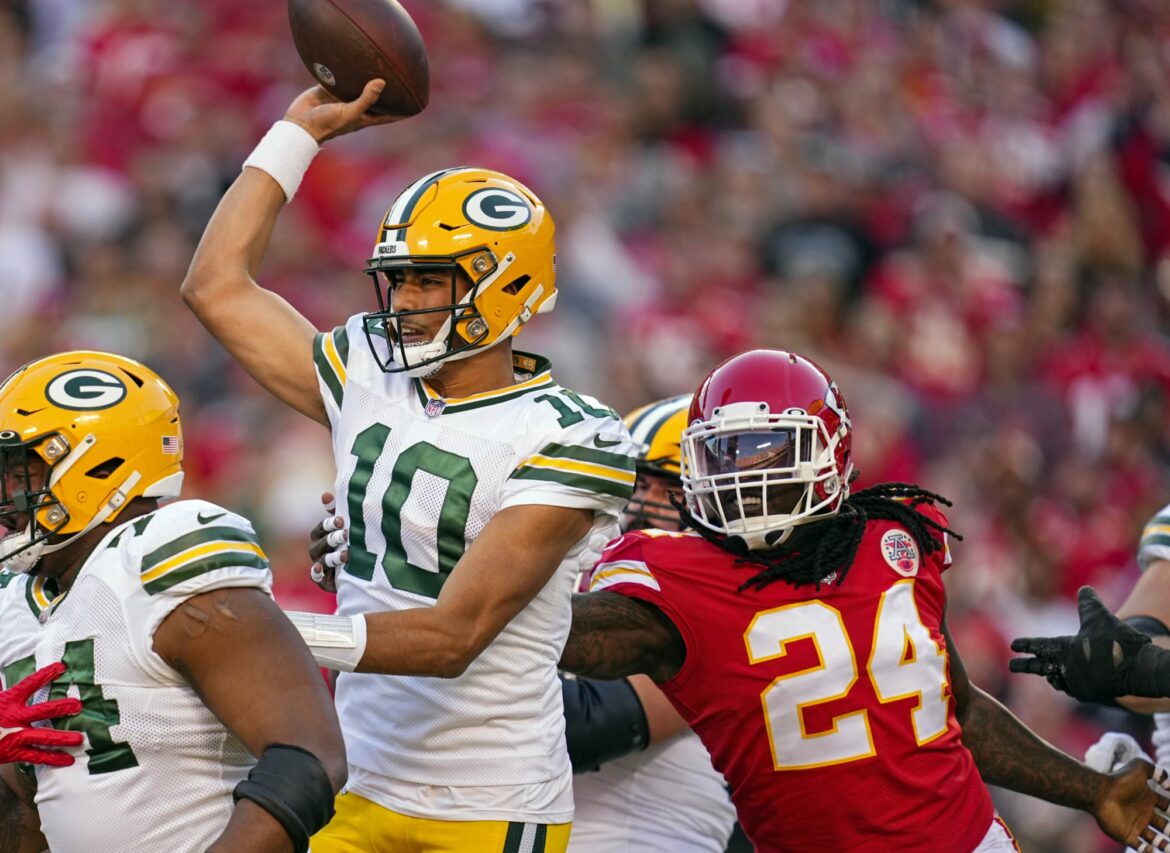 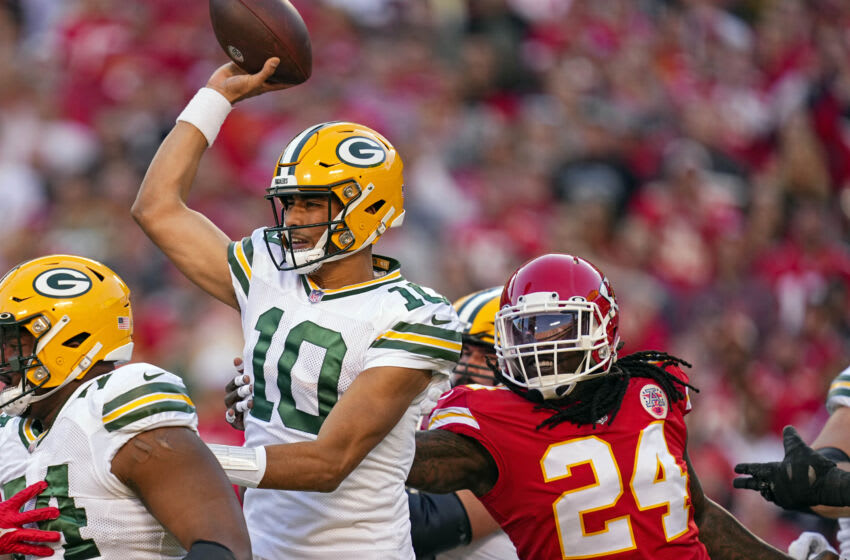 Someone should get Jordan Love’s family some oxygen because the air has to be thin all the way at the top of Arrowhead Stadium.

During the Green Bay Packers game against the Kansas City Chiefs, the Fox broadcast team showed Love’s mother and girlfriend. Their seats were located in the very top row of the very top section of Arrowhead in direct sunlight. These seats, the away team’s designated seats, could not have been great for watching the game, but the thought was there.

Jordan Love girlfriend and mother given horrible seats at Arrowhead

Jordan Love is making his first NFL start in Week 9 after Aaron Rodgers tested positive for COVID-19 this week. Love is the heir apparent to Aaron Rodgers’ spot as starting quarterback of the Green Bay Packers, but many assumed it would not be until next year that he finally took the field.

Meanwhile, he is playing at the loudest outdoor stadium in the world in Arrowhead Stadium. Arrowhead set the record for the loudest recorded fan volume in an outdoor stadium when Chiefs fans hit 137.5 decibels of volume in a 2013 game against the then Oakland Raiders. The volume has proved to already be a problem for Love and company, and likely will continue to be as the game progresses.