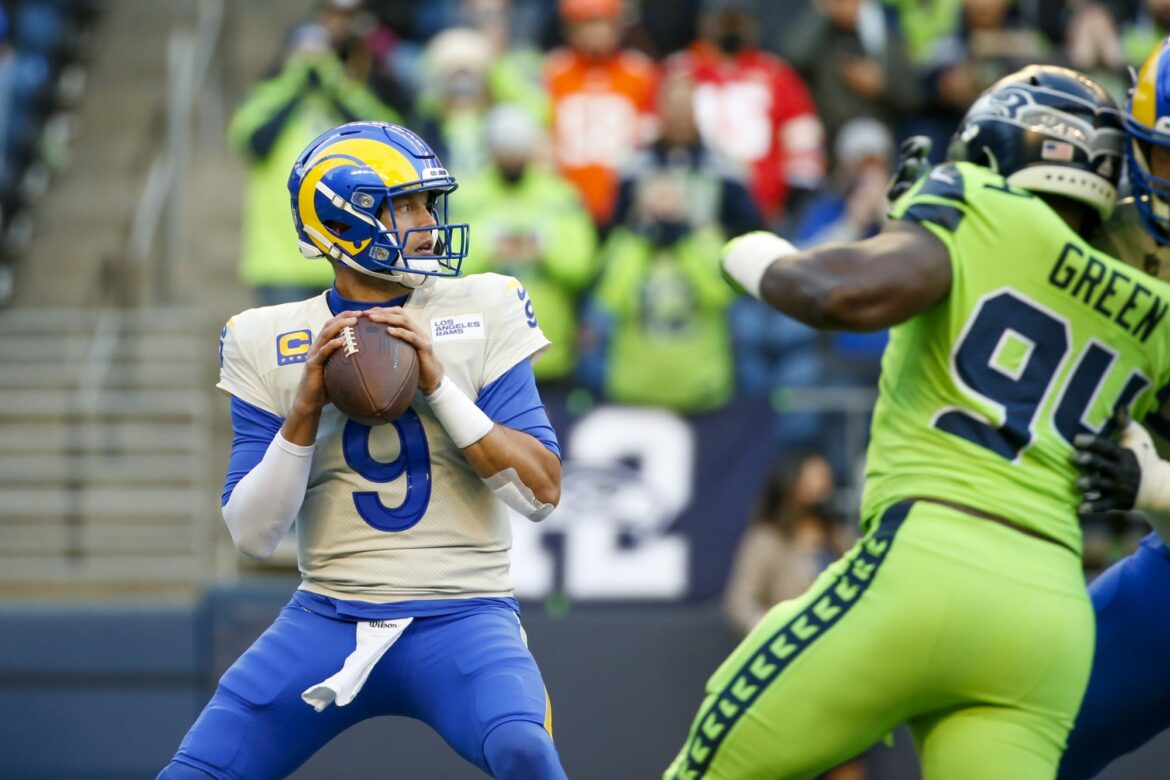 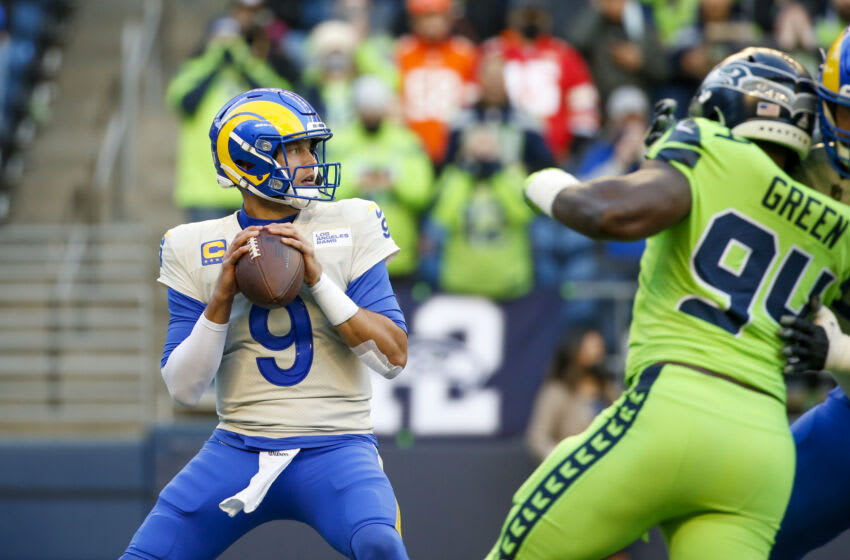 The Los Angeles Rams, coming off their first loss of the season to the Arizona Cardinals this past weekend, entered Seattle on Thursday night to face the Seahawks. To do so, they needed to limit their mistakes against their division rivals. But that is easier said than done, considering they were playing at the loud Lumen Field.

In the second quarter, Rams quarterback Matthew Stafford orchestrated a drive inside the red zone. But on second-and-goal, Stafford threw a pass in the end zone to…Seahawks safety Quandre Diggs for a brutal interception. It looked as though Diggs was Stafford’s intended target considering how spot-on the pass was.

Rams get payback on Seahawks on following drive

Sure, the pass in the end zone by Stafford was comically bad, the Rams did get some payback on the following drive.

The Rams trail the Seahawks 7-3 at halftime.