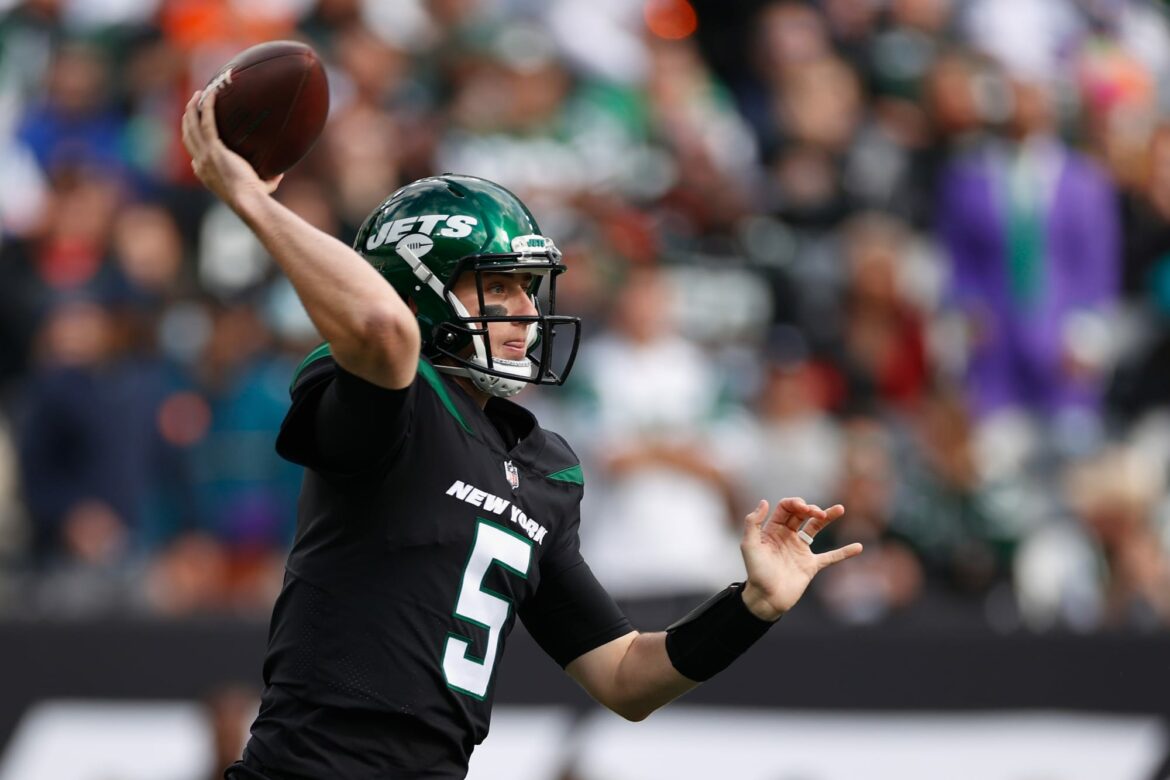 New York Jets quarterback Mike White was injured on Thursday Night Football against the Indianapolis Colts. What would they do if he got hurt?

Zach Wilson is also out, of course, with an injury of his own. This is why the Jets traded for their new backup quarterback, who just so happens to be suited up in uniform for Robert Saleh should they need him.

The Jets had something good happen, so it’s only natural that it evens out with an injury. That’s just how the NFL Gods work.

White set an NFL record for completions in his first NFL start last weekend against the Cincinnati Bengals in a rare Jets win. Believe it or not, his jersey was sent to Canton, OH as a result to the Pro Football Hall of Fame.

After the game, Saleh refused to commit to White or Wilson as the team’s starting quarterback moving forward.

The Jets backup quarterback, at this juncture, would be Josh Johnson. The Jets traded for Flacco before the NFL Trade Deadline, re-acquiring the then-Eagles quarterback for pennies on the dollar. As it turns out, that could be a very valuable move for the Jets in primetime.

White suffered a forearm or wrist injury, and is having trouble gripping the football at this juncture of the game.

Who is Josh Johnson?

Johnson seems to be on a quest to play for every NFL team.

At this point, he’s played in games for the Bucs, Browns, Bengals, Washington and now the Jets.