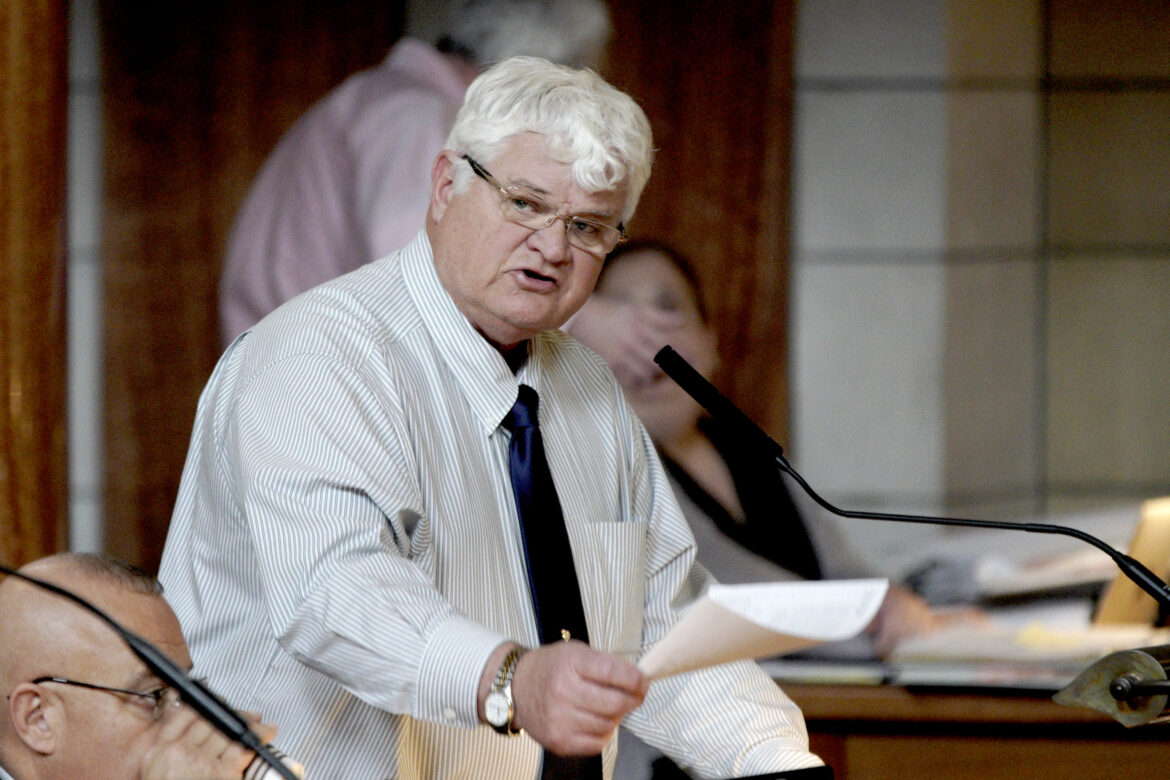 Nebraska lawmakers are calling for a criminal investigation of Republican state Sen. Mike Groene after he admitted to taking photos of a female staffer without her knowledge.

Democratic state Sen. Megan Hunt of Omaha sent a letter on Sunday to Nebraska Attorney General Doug Peterson and the state police urging them to investigate Groene’s conduct to determine if his actions were criminal.

Groene, a North Platte native, told The Associated Press Friday he would resign to spare his family from a public ordeal. He also said he would pull out from the race for the University of Nebraska Board of Regents.

His announcement came following a report from Nebraska Sunrise News that revealed that a staffer Kristina Konecko had filed a complaint against the senator after she found the photos on his laptop that he had lent her for a project.

Konecko denied early reports that Groene, 66, had sent the photos to other people. However, she said that some of the photos were close-ups of parts of her body with sexually suggestive captions.

Groene admitted to snapping the photos but said they were harmless. He denied that the photos focused on her body parts or were sexual in nature.

Groene said Konecko confronted the legislator about the photos when she found them. He apologized and thought that was the end of the matter.

Konecko filed her complaint under Nebraska Legislature’s workplace harassment policy earlier this month, she told the Sunrise News. While no one has ordered her to keep quiet about her complaint, she said she will no longer speak about the incident in case it is investigated.

“I have not been advised or directed nor have I received any suggestions or recommendations from any outside sources, but because there has been a call for a formal investigation, I am not going to be answering any questions or sharing any further information,” she said.

“However, I am very grateful and appreciative for the outpouring of support and encouragement that I have received from the public.”

The attorney general and state police both said they are reviewing Hunt’s letter.

Groene made headlines in 2020 when he celebrated contracting COVID-19, believing herd immunity could be a solution.

“As you know, I finally got my wish and contracted the COVID-19 virus. As I suspected it would happen,” Groene wrote in an email to colleagues in November 2020.