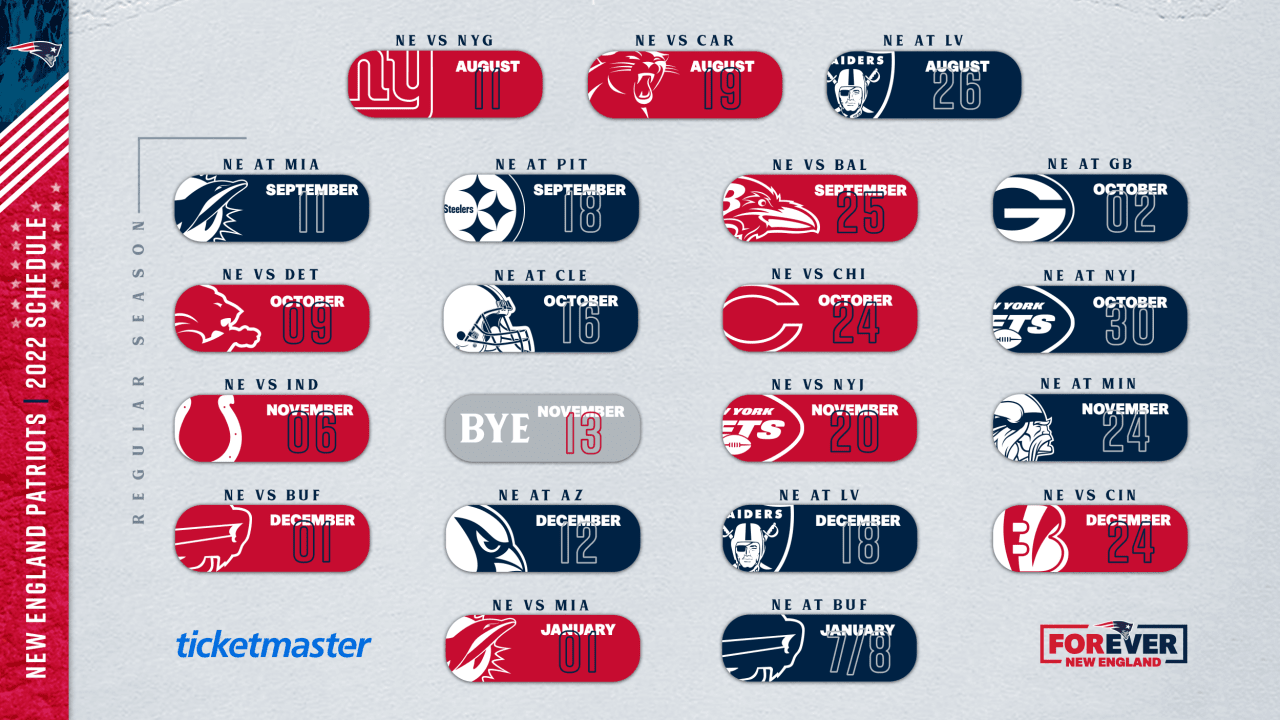 The Patriots home-opener will be on Sept. 25 against the Baltimore Ravens, the first time the Ravens will be the opponent for the home-opener.

Some other highlights to the 2022 schedule include a trip to Green Bay on Sunday, Oct. 2, a Saturday game on Christmas Eve at home against the defending AFC Champion Cincinnati Bengals and a New Year’s Day game at home against Miami.

The Patriots will close the regular season at Buffalo. The Week 18 game against the Bills will be either on Saturday, Jan. 7 or Sunday, Jan. 8. The date and time of the game will be determined later in the season.

During the 2022 season, the AFC will play nine games on the road for the first time after hosting nine games last season with the addition of a 17th game that began in 2021. New England will square off against six playoff teams from 2021, with games against Arizona, Buffalo, Cincinnati, Green Bay, Las Vegas and Pittsburgh.