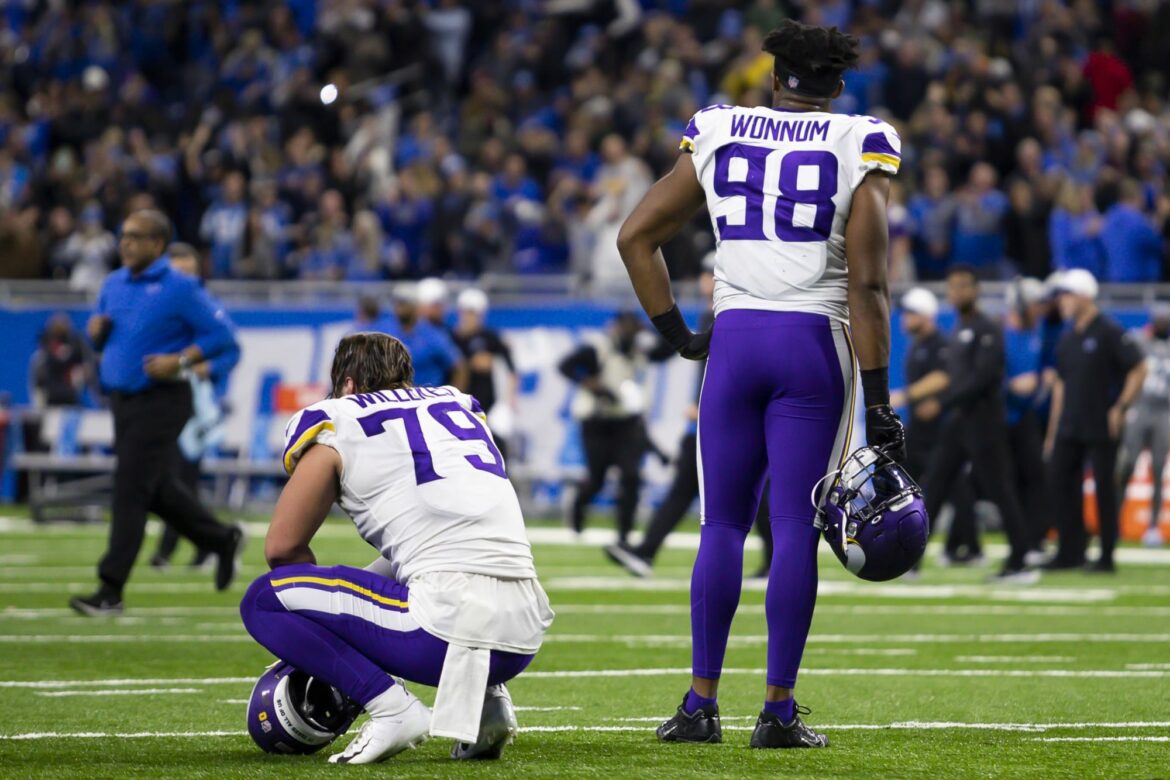 Here is how the NFC Playoff picture would look like after the Minnesota Vikings handed the Detroit Lions their first win of the season.

Week 13 is officially done and over with in the NFC. The top of the conference remains the same, but there was a shakeup for the bubble teams, especially with the Minnesota Vikings handing the Detroit Lions their first win of the season. That, and the Philadelphia Eagles got a huge win thanks to a solid performance by quarterback Gardner Minshew.

If the season were to end today, here is how the NFC Playoff Picture would look.

The Vikings may have been dealt a devastating blow in their chances of making the playoffs. They overcame a 20-6 deficit to the Lions, holding a 27-23 lead in the closing seconds of regulation. But, a dumfounding defensive play call left rookie wide receiver Amon-Ra St. Brown open in the end zone, allowing Goff to throw a completion his way to secure the first win of the Dan Campbell era in Detroit.

Philadelphia was without Jalen Hurts due to an ankle injury, but they received a huge boost from Minshew. The 2019 sixth-round pick of the Jacksonville Jaguars led the Eagles to points on their first seven possessions of the game, clinching the 33-18 win over the Jets.

The Washington Football Team got a huge, 17-15 win over the Las Vegas Raider to continue their climb not just in the NFC standings, but in the NFC East standings.

Matchups if the NFL Playoffs started today after Week 13

Here’s what the NFL Playoffs would look like on the NFC side of the bracket if the season were to end today.

This season, much like last year, seven teams will be eligible to make the NFL Playoff from each conference.