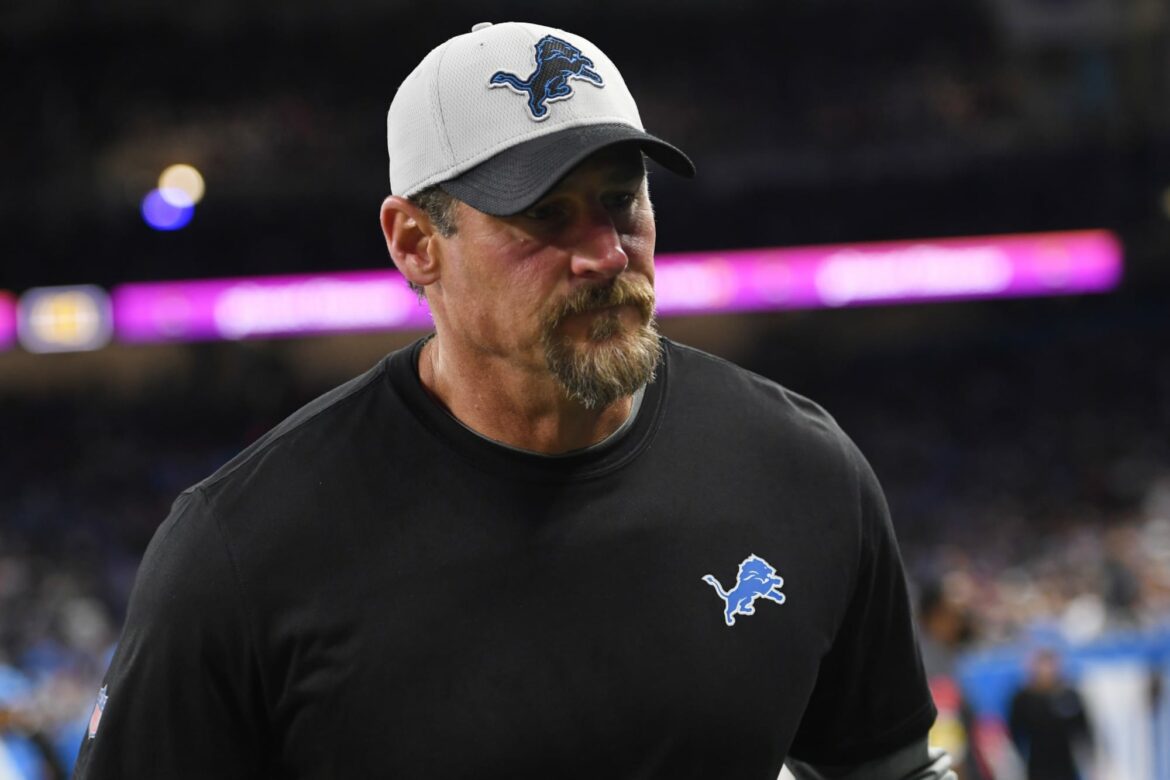 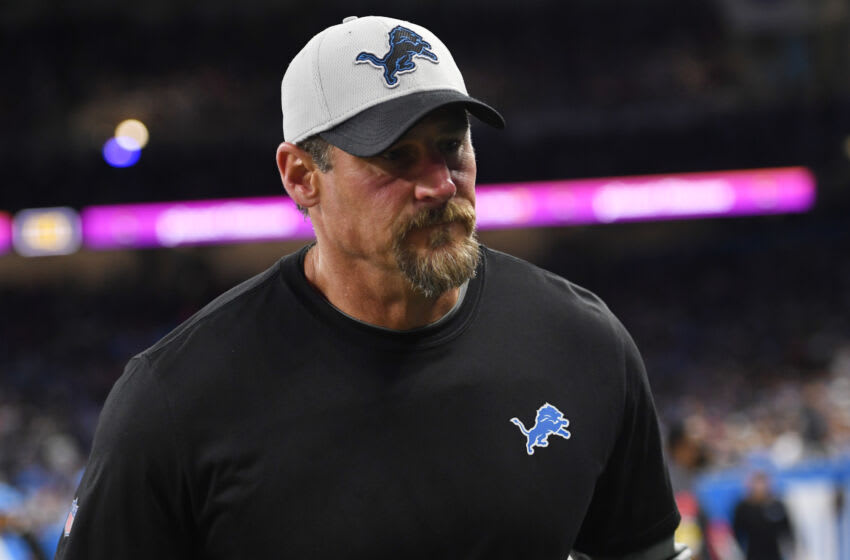 DETROIT, MICHIGAN – NOVEMBER 25: Head coach Dan Campbell of the Detroit Lions exits the field for halftime against the Chicago Bears at Ford Field on November 25, 2021 in Detroit, Michigan. (Photo by Nic Antaya/Getty Images)

The clock management by Detroit Lions head coach Dan Campbell couldn’t have been worse late in the loss to the Chicago Bears.

Dan Campbell is a first-year head coach in the NFL and he very much looked the part in the Detroit Lions heartbreaking 16-14 loss to the Chicago Bears on Thanksgiving. Late in the action, Detroit fans were begging Campbell to call a timeout to try and save some time for the Lions offense.

Instead, Campbell sat on those timeouts until it was too late. In the end, Cairo Santos nailed a chip shot of a field goal to give Chicago the win and keep Matt Nagy’s job safe for now.

What really has people losing their minds here is that the Lions tried calling back-to-back timeouts down the stretch. This, which everyone knows, is against the rules and the Lions were quickly penalized for it. So, instead of Chicago facing 3rd-and-9, the five-yard gift set up a 3rd-and-4. The Bears converted and now Campbell is getting roasted for it.

The Lions forcing Chicago to win so their fans have to keep suffering through Matt Nagy and terrible executive leadership.

They’re thinking long-term with their efforts. I see what Dan Campbell’a doing here.

Dan Campbell wtf are you doing

The Bears scored a touchdown earlier in this game because Detroit wasn’t lined up on defense properly before the snap near the red zone … then the double timeout.

Sideline gets full credit for this one. Dan Campbell and the staff.

Don’t care how bad our roster is, Dan Campbell is officially on the hot seat! If we don’t win a game he deserves to be fired #Lions

While Jared Goff clearly isn’t the long-term answer for this team at quarterback, the mistakes made by Campbell in this one really were frightening. The double timeout is something that’s going to be discussed for a long time.

While he’s only 11 games into his stint with the Lions, fans are already calling for him to be fired as soon as possible. It’s hard to argue with those angry folks, especially after how embarrassing Campbell’s performance was on Thursday against Chicago.