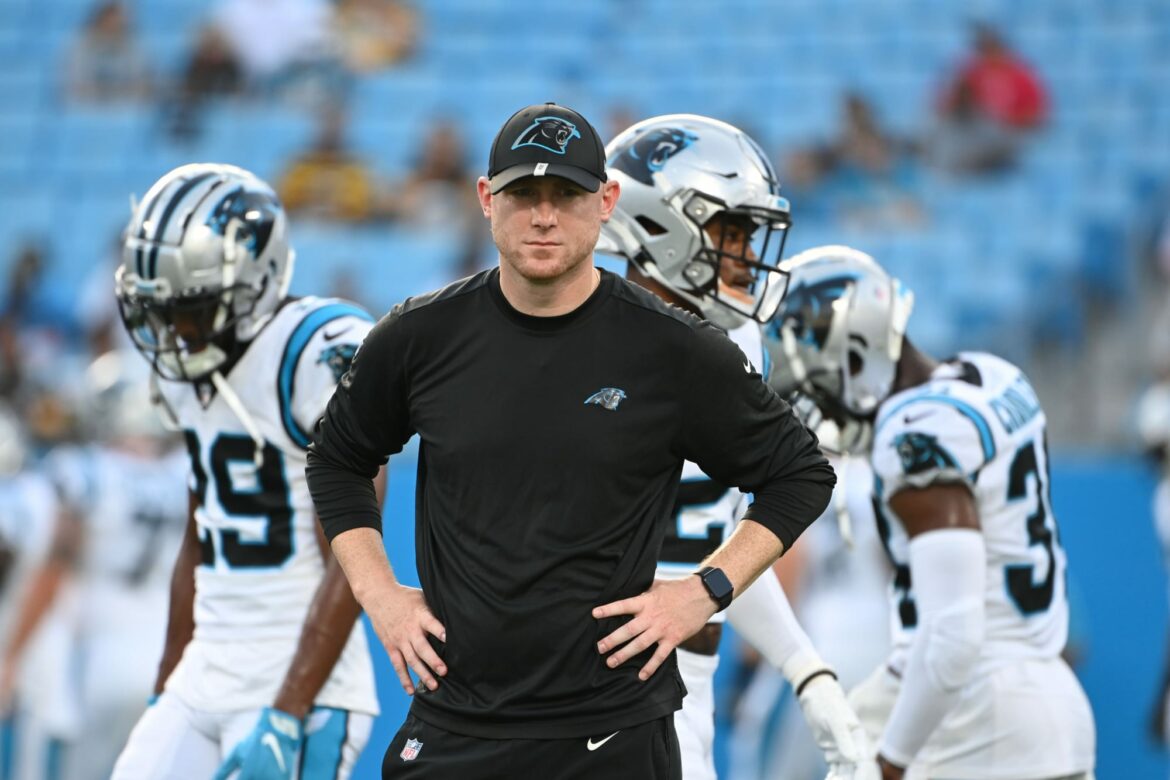 The Carolina Panthers have fired offensive coordinator Joe Brady, after 28 disappointing games as a play-caller

The Carolina Panthers are on the bye week, but made major news just after kickoff during the 1p.m. window on Sunday, firing offensive coordinator Joe Brady.

Brady arrived with much fanfare as one of head coach Matt Rhule’s first hires prior to the 2020 campaign, in large part because of his impact on the development of quarterback Joe Burrow on the heels of winning a national championship at LSU.

However, Brady, 32, instead had a wildly inconsistent tenure in Carolina, failing to live up to expectations as the next young coach to follow in the footsteps of offensive gurus like Los Angeles Rams head coach Sean McVay.

Panthers have fired Joe Brady after less than two seasons

Through the season’s first 12 games, Brady’s Panthers offense ranks 28th in the league, while averaging just 308.7 yards per game. Carolina’s offense regressed after finishing last season ranked No. 18 in the NFL, averaging 349.5 yards per contest.

The Panthers had hoped that Brady’s influence would help revive the career of former first-round pick, Sam Darnold, acquired via a trade with the New York Jets this offseason. But, the familiar turnover woes and inconsistencies that have dogged Darnold since his collegiate career at USC persisted.

In nine games, before being benched in favor of P.J. Walker, and later Cam Newton, Darnold completed just 59.5 percent of his passes for 1,986b yards with seven touchdowns to 11 interceptions.

Following a mediocre 28 games as an NFL play-caller, Brady could be forced to settle for an NFL quarterback coach vacancy this offseason or perhaps could become a name to watch for openings in the college ranks as a head coach or offensive coordinator.