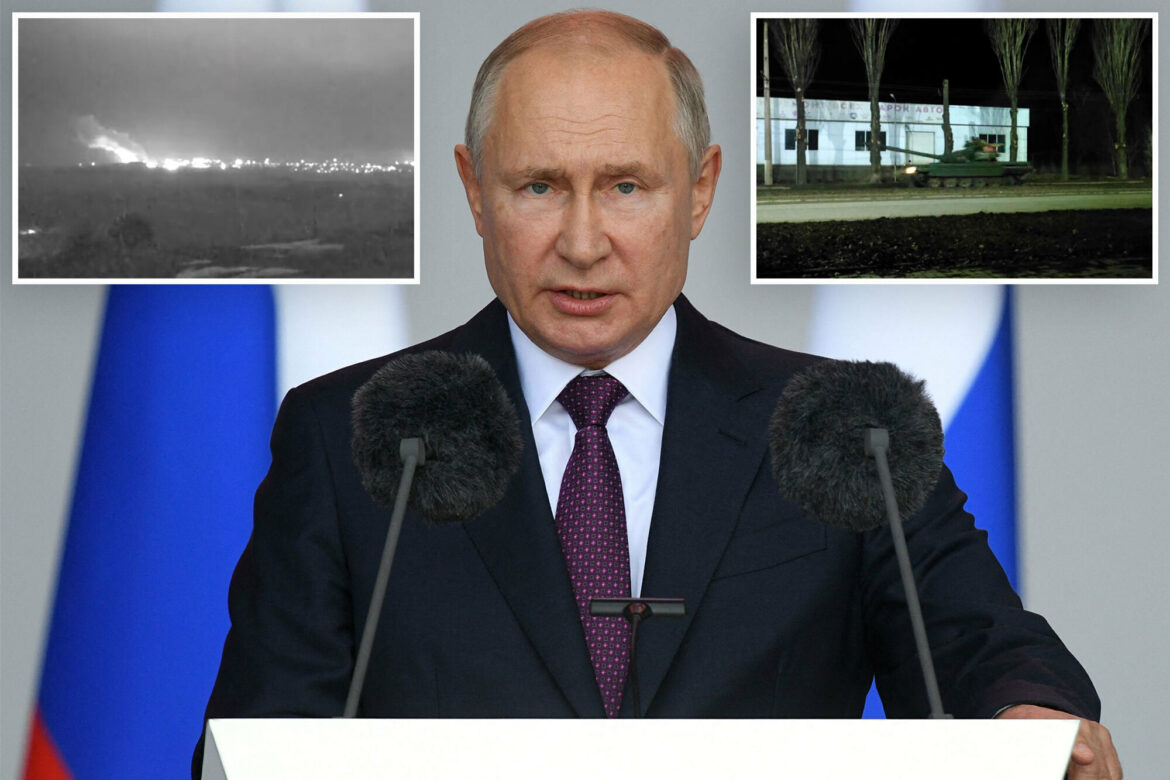 Russian President Vladimir Putin declared war on Wednesday night, ending weeks of diplomatic stalemate and plunging Eastern Europe into a nightmare of violence and bloodshed not seen since the darkest days of World War II.

The Russian leader claimed Russia was undertaking a “special military operation” to demilitarize the country.

There were also reports of explosions and artillery fire in Kharkiv, Odessa, and Mariupol — all major cities in Ukraine.

Putin said the Kremlin has no intention of occupying the country, placing blame for any potential bloodshed on the Ukrainian “regime.”

He threatened countries that would attempt to interfere with “consequences they have never seen.”

He addressed Ukraine forces in his remarks, urging them to lay down their arms, according to a translation of his remarks.

“Putin has chosen a premeditated war that will bring a catastrophic loss of life and human suffering,” he said in a statement late Wednesday.

“Russia alone is responsible for the death and destruction this attack will bring, and the United States and its Allies and partners will respond in a united and decisive way. The world will hold Russia accountable.”

Biden said he’d be monitoring the situation from the White House Wednesday evening and planned to meet with G7 counterparts on Thursday morning to announce further sanctions from the US and allies for “this needless act of aggression.”

The invasion follows frantic diplomatic efforts by the US and its Western allies to find a middle ground with Moscow after rejecting the Kremlin’s insistence that Ukraine be kept out of NATO, as well as that the alliance draw back its forces from Eastern Europe and not deploy missile systems inside Ukraine.

On Wednesday, a US defense official told reporters that Russian forces “could go at any hour now” and added that Russian President Vladimir Putin has “near 100 percent of all the forces [in place] that we anticipated that he would move in.”

US officials estimated that Russia had massed between 150,000 and 190,000 troops along Ukraine’s border in recent months, which one diplomat described last week as “the most significant military mobilization in Europe since the Second World War.”

Russian President Vladimir Putin had demanded that NATO not be expanded to include Ukraine.AP

The situation began deteriorating on Monday after Putin delivered an astonishing speech in which he ranted and raved that Ukraine was not a standalone nation but rather “an integral part” of Russia.

Delivering a distorted history lesson, the Russian leader insisted that “modern Ukraine was entirely created by Russia — more precisely, Bolshevik, Communist Russia” and lamented that Soviet leaders going back to Vladimir Lenin had erred by “giving in to nationalists.”

“Why did we have to be so generous, and then give these republics the right to leave?” the Russian leader asked at one point, making a clear reference to the breakup of the Soviet Union in 1991. “Madness.”

At the conclusion of his speech, Putin recognized two pro-Russian breakaway enclaves in eastern Ukraine as independent states and signed a decree ordering troops to the region to perform “peacekeeping functions.” 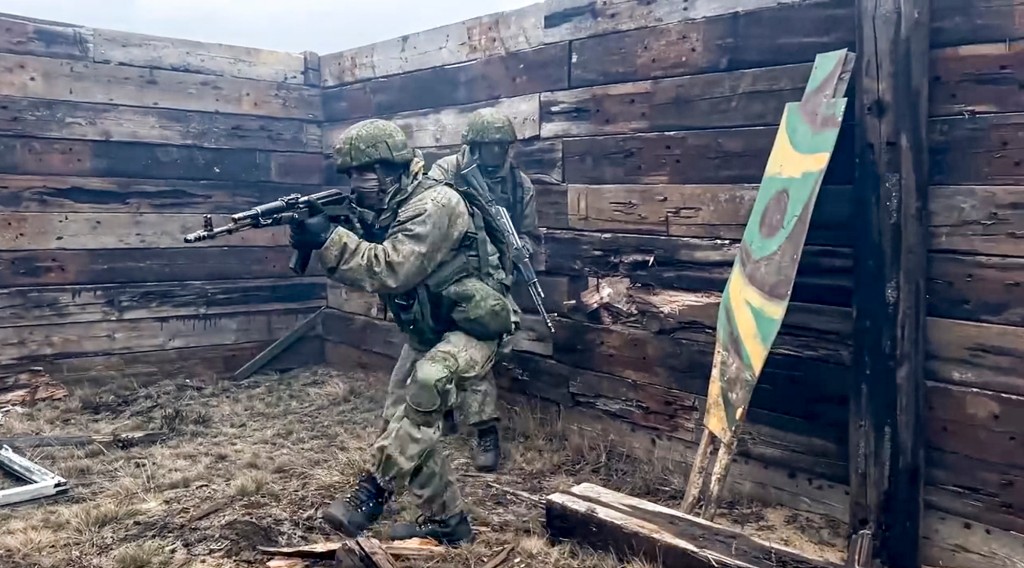 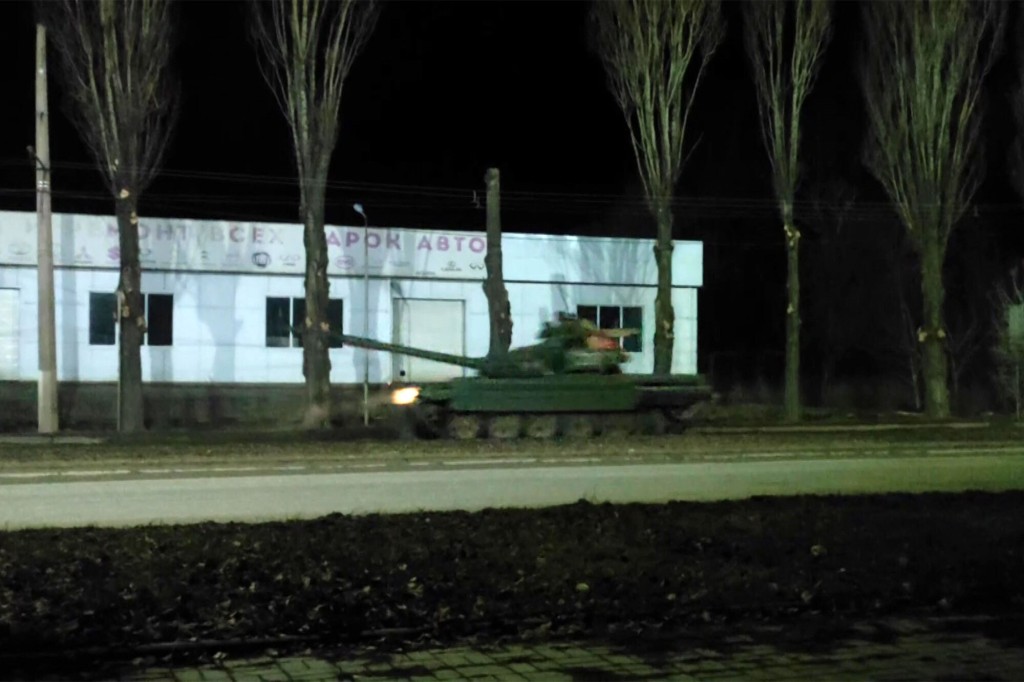 On Tuesday, President Biden denounced Putin’s actions as the “beginning” of an invasion of Ukraine and announced new economic sanctions targeting Russia.

“Who in the Lord’s name does Putin think gives him the right to declare new so-called countries on territory that belonged to his neighbors?” Biden said. “This is a flagrant violation of international law and demands a firm response from the international community.”

The sanctions, which Biden called the “first tranche” of punishments, would affect two Kremlin-backed banks and restrict the trading of Russian government debt on Western finance markets. 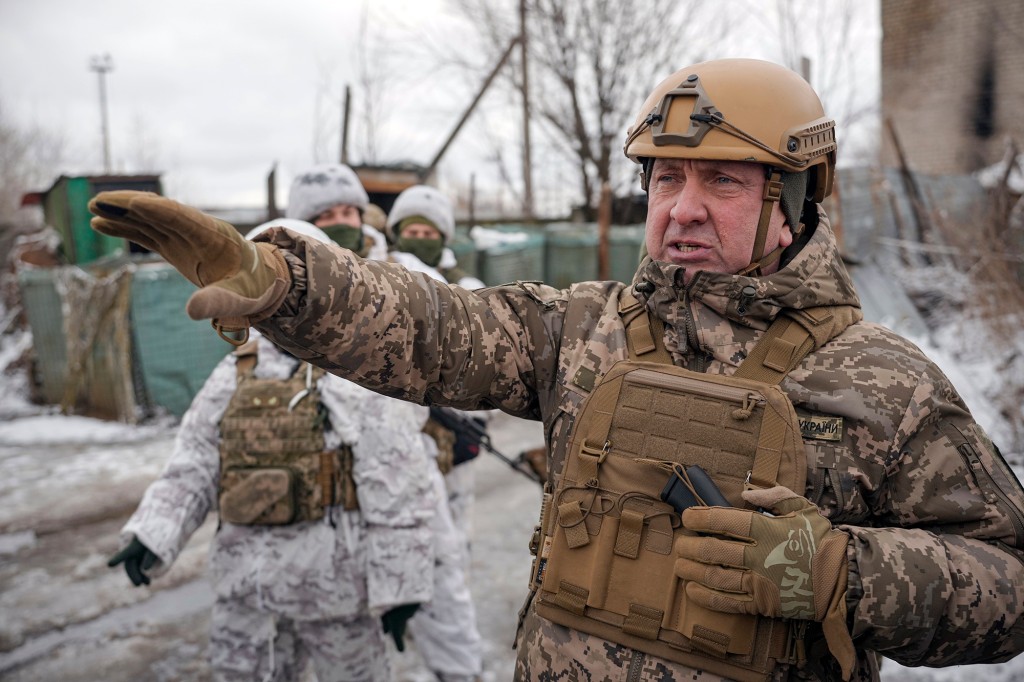 Gen. Oleksandr Pavliuk serves as the Ukraine commander of the Joint Forces Operation.AP 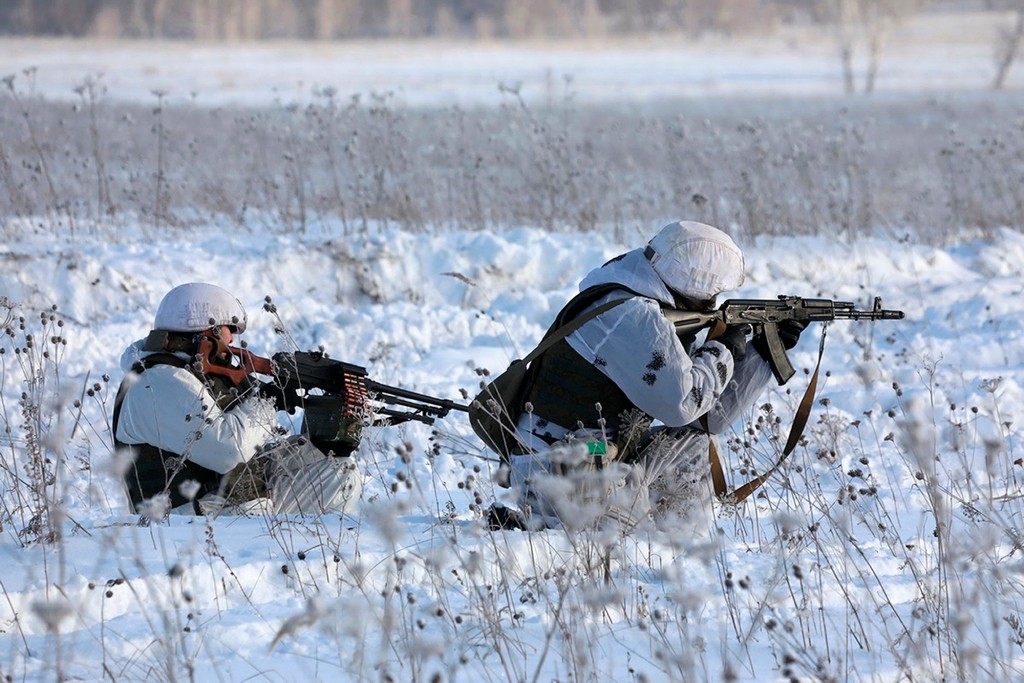 Russia has placed as many as 140,000 troops along the Ukrainian border, according to estimates by the US.AP 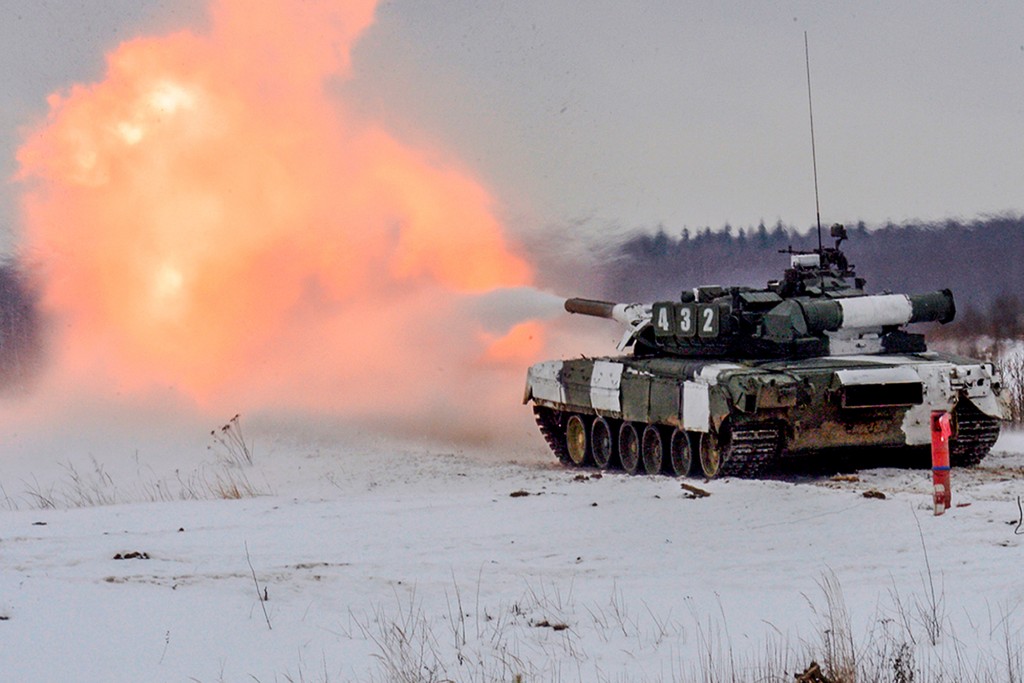 Biden also announced that the US would shift an additional 1,000 military personnel to Poland and the Baltic states of Estonia, Latvia and Lithuania from elsewhere in Europe.

That move follows an earlier deployment of 5,000 troops to Poland and Germany from the US, and the shift of another 1,000 troops from Germany to Romania to bolster NATO forces there. Washington has also sent millions of dollars worth of military equipment to Ukraine to counter the Russian threat.

Meanwhile, conditions became more violent in eastern Ukraine, with the Kyiv government saying Wednesday that six soldiers had been killed by separatist shelling in recent days.

Despite Moscow’s insistence that it had no intention to invade, US intelligence continued to show Russia bolstering its forces around Ukraine, leading White House national security adviser Jake Sullivan to say last week that an attack would be “hours or days away.”

Sullivan also predicted that any invasion would be “extremely violent” and be waged “by Russia on the Ukrainian people, to repress them, to crush them, to harm them.”

“We believe that the world must mobilize to counter this kind of Russian aggression should those tanks roll across the border, as we anticipate they very well may do in the coming hours or days,” Sullivan said on NBC’s “Today” show Feb. 21.

The US also informed the United Nations that its intelligence indicated that Russia was compiling lists of Ukrainian dissidents “to be killed or sent to camps” following an invasion.

As late as this week, the Biden administration held out hope the standoff could be resolved diplomatically.

After the White House said Sunday that Biden would be willing to meet with Putin “in principle” as long as an invasion of Ukraine had not yet happened, the Kremlin rejected the olive branch.

“It’s premature to talk about any specific plans for organizing any kind of summits,” Kremlin spokesman Dmitry Peskov told reporters,

“There is an understanding that dialogue should be continued at the level of foreign ministers,” he said, adding that there are “no concrete plans in place” for a presidential summit.

This is a developing story and will be updated.