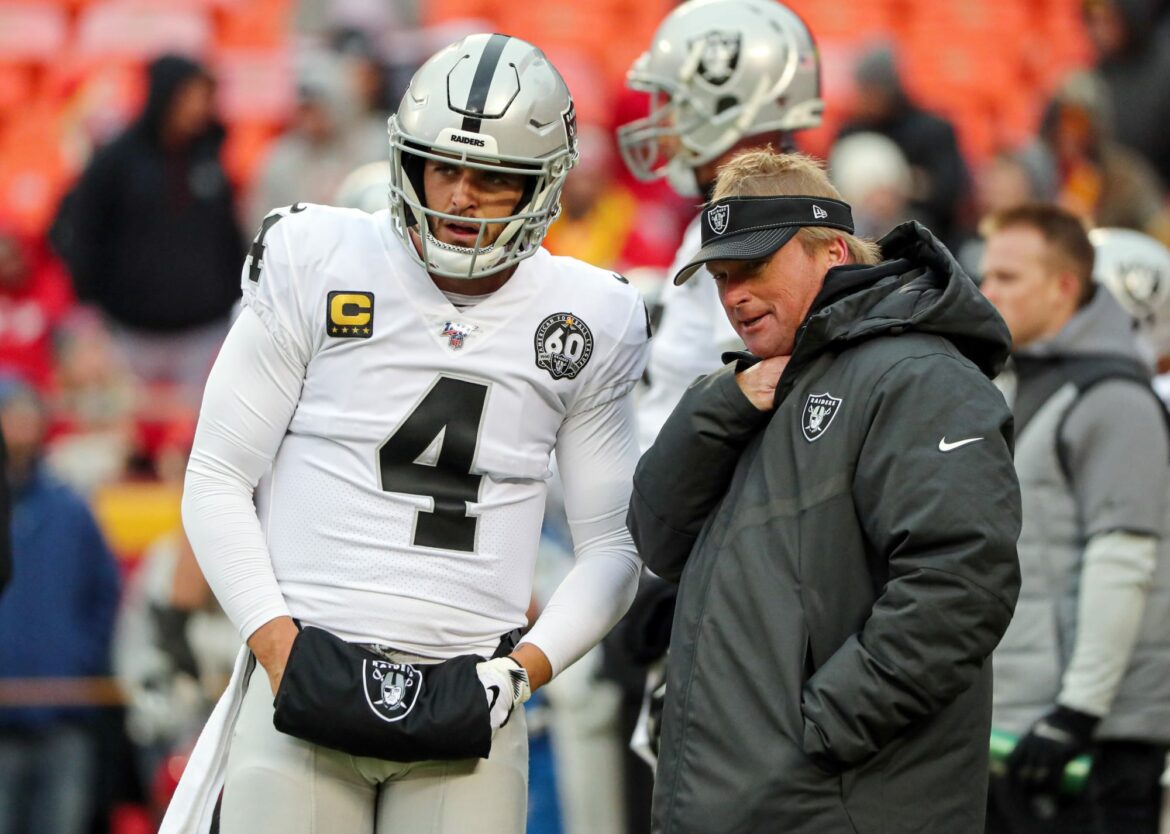 Everyone in the NFL world has an opinion about Jon Gruden and his emails, but the emotions surrounding him are more conflicted for some of Gruden’s former players.

While Keyshawn Johnson surmised that Gruden was a “fraud” during his time with him in Tampa Bay, Raiders quarterback Derek Carr offered Gruden sympathy.

Referencing the popular Christian philosophy of loving the sinner despite hating the sin, Carr made it clear that he doesn’t like what Gruden did, but he still cares about Gruden as a person.

Raiders quarterback Derek Carr on Jon Gruden: “I love the man, I hate the sin”

Carr isn’t the only Raiders player who expressed mixed emotions about his former coach. Josh Jacobs, the star Raiders running back who was drafted by Gruden in the first round of the 2019 NFL Draft, reminded reporters that “people grow” when he was asked about Gruden.

“I’ve been around this guy for three years now; I’ve never felt a certain type of way about him,” Jacobs said. “He’s never rubbed me a certain way, that type of way. I mean, what he said is what he said at the end of the day too. But I mean, I definitely trust him. I mean, it was 10 years ago. People grow.”

Raiders linebacker Denzel Perryman, who was traded to the Raiders from the Carolina Panthers on Sept. 1, had already put Gruden’s initial comment about DeMaurice Smith out of his mind by their Oct. 10 game.

“I let it go as soon as we walked out of the meeting room,” Perryman said on Sunday. “I wasn’t focused on that. Still not focused on it. So, I mean, I don’t know what he said. I could care less, honestly. I don’t know how many years ago it was, but my main focus this week was on the Bears, not whatever he had going on.”

While Gruden’s emails indicate that he made many enemies in the NFL, including Johnson, DeMaurice Smith and Roger Goodell, his players on the Las Vegas Raiders express empathy for the coach they’ve known for the past four years.