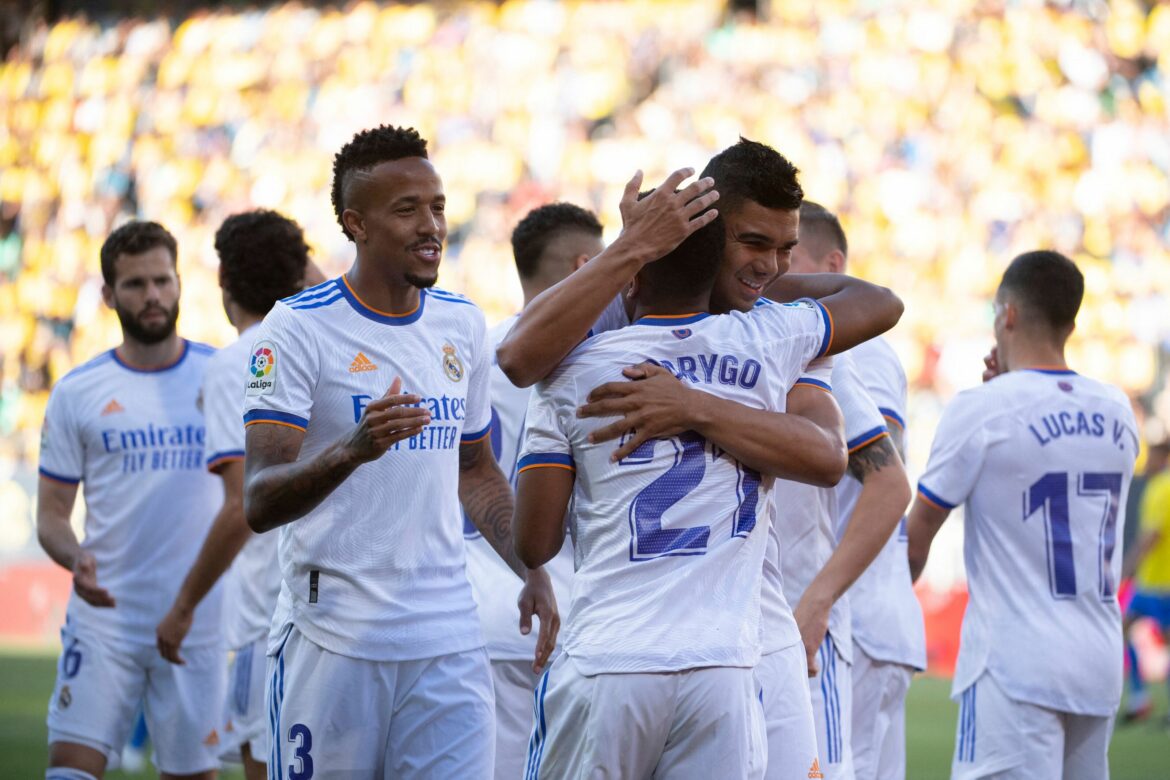 The Champions League final between Real Madrid and Liverpool is less than two weeks away and it is expected to pit two of the best teams in Europe at the moment.

Only one team, however, will emerge the victor. That team could very well be Real Madrid.

There’s a reason why the Spanish giants find themselves in excellent position to lift the Champions League trophy.

A lot of it has to do with just how well Real have played this season, especially in Europe, with Karim Benzema banging in goals and Carlo Ancelotti on the sidelines calling the shots. Part of the reason why Real Madrid already has one hand on the silver trophy is because Liverpool is just not where they need to be at the moment.

Yes, they won the FA Cup this past Saturday against Chelsea, remaining on track to win a historic quadruple. Nonetheless, the victory came at a cost. They didn’t look as sharp as in the recent past in a win that needed a penalty-kick shootout.

Liverpool has also played every single game in every competition it has taken part in this season is another big factor. What shape will the Premier League club be in once the final on May 28 rolls around?

Liverpool striker Mohamed Salah limped off with an injury against Chelsea, as did center back Virgil van Dijk.

Liverpool manager Jurgen Klopp, speaking to reporters after the game, said he thinks Salah and van Dijk will recover ahead of the UCL final.

“We had to change Mo early, which was not cool,” Klopp said. “It was my decision, it was pretty cautionary. Mo said, ‘I feel something, I can carry on.’ I said, ‘No.’ A football game is not a perfect physiotherapist, it means it rarely gets better during a game.

“Then Virg stands with me and says, ‘I feel something but it’s fine I think.’ We make a decision together, so he stays on but was clear when we didn’t make it in 90 minutes he has to go off.”

While Real locked up another La Liga title a few weeks ago, Liverpool are still in a neck-and-neck fight for the Premier League title with Manchester City. That gives Real Madrid some needed rest, while Liverpool needs to balance the games left on its schedule.

There’s also the argument that Real Madrid has played the tougher teams in the Champions League this season, proving that they do indeed deserve this championship.

Real won Group D in the fall, then eliminated Paris Saint-Germain in the round of 16, defending UCL champions Chelsea in the quarterfinals and Manchester City in the semifinals.

Ancelotti put it best after defeating Man City in an interview with UEFA.com: “Something strange has happened. Since the start of the season we have played very strong teams who believed they’d win the Champions League: Paris Saint-Germain, Chelsea, Man. City. Credit goes to the players and our fanbase, who push and push and push.”

It’s Real Madrid who have enough in the tank to make that final push. Liverpool, for all their talent, are in the difficult position of competing on too many fronts. This final is Real Madrid’s to lose.