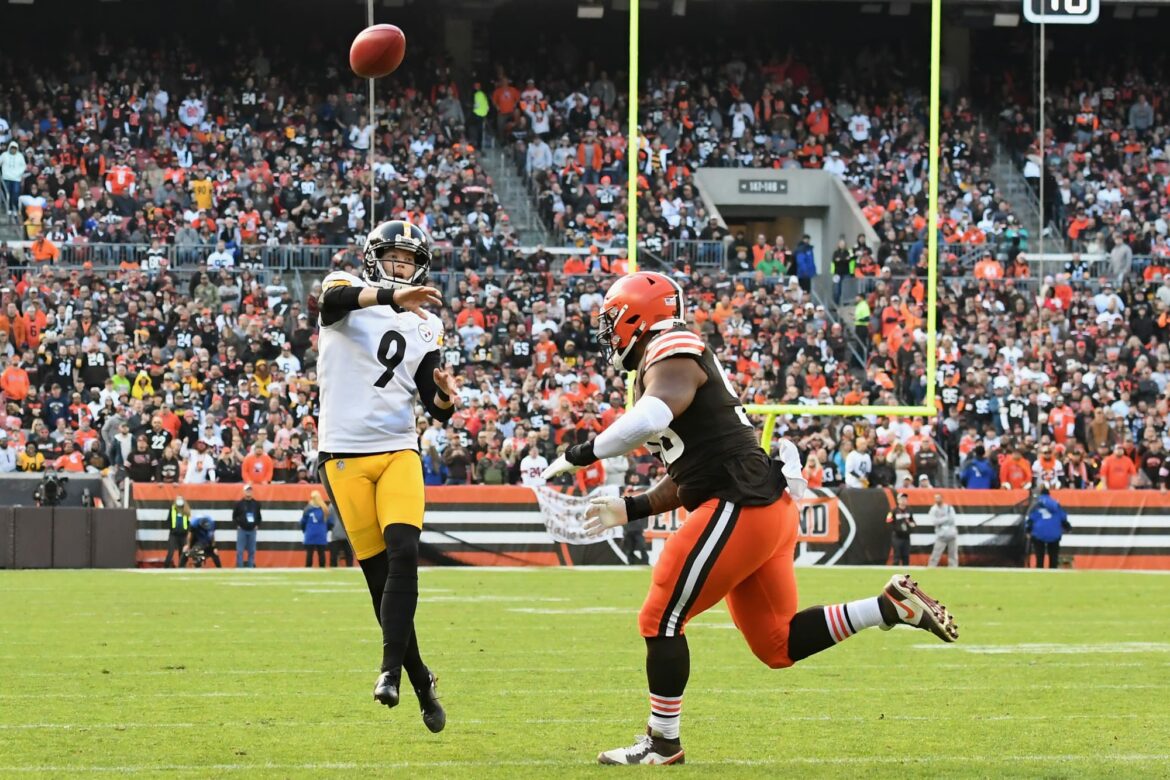 Recovering from a concussion suffered in Week 8, Pittsburgh Steelers kicker Chris Boswell maintains humor with Halloween joke at his own expense.

When a trick play goes off without a hitch, the winning performance makes for great television.

But when there’s a hiccup in the process, it can make for an embarrassing moment for a player, like when Pittsburgh Steelers kicker Chris Boswell tried  — and failed — to play quarterback in Week 8.

Tied 3-3 in the second quarter, the Steelers used Boswell in a fake field goal attempt that rapidly converted to a passing play. The Browns weren’t fooled, and defensive tackle Jordan Elliott tackled Boswell as his pass fell short of completion.

Boswell was out for the remainder of the game, and in a bizarre turn of events, the Steelers were without a placekicker.

The Browns upped the score 10-3, but the Steelers held and ultimately won in what head coach Mike Tomlin called “a selfless game.”

But Boswell decided to update fans with a little Halloween humor, assuring them he was okay and thanking everyone for the well-wishes and prayers.

“Dressed up as a QB for Halloween and got spooked!” Boswell joked on Instagram.

Tomlin took ownership for making the field goal call that nearly cost the Steelers the game.

“The fake field goal was a bad call because we poorly executed it,” he said. “I take responsibility for that.”

But the lack of a kicker didn’t seem to faze Steelers quarterback Ben Roethlisberger, who played in Cleveland with his heart set on divisional revenge.

“He plays like he’s got no kicker anyway,” Tomlin said with a laugh. “He’s an Ohio boy, man. He’s trying to win when he comes home.”

With the win, the Steelers climbed from the bottom of the divisional rankings to rank third at 4-3, while the Browns have fallen to the bottom with 4-4.