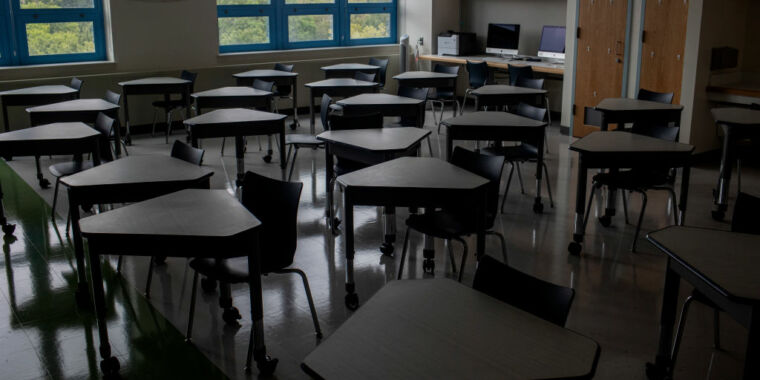 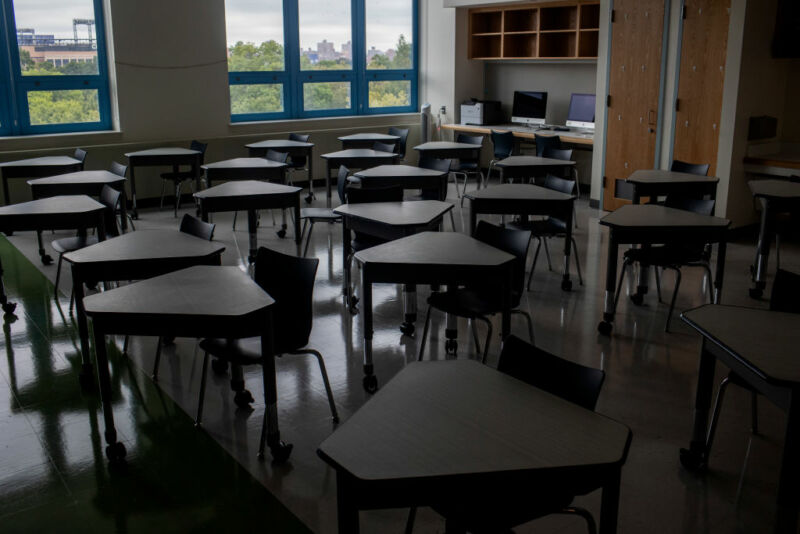 Enlarge / Two classrooms had to be shut down due to a series of problems with maintaining policies meant to limit the spread of the pandemic.

On Friday, the CDC released a report that traced the spread of the delta variant through a California elementary school. It’s tempting to make this into a story of gross irresponsibility—a teacher was unvaccinated and read to the class while unmasked. But beyond that, it provides a number of warnings about how our public health system remains under stress as we close in on two years since the start of the pandemic. It also reemphasizes how the delta variant ensures that small errors can easily explode into big problems.

The school in question was a small one, with only a bit over 200 students and 24 staff. It is an elementary school, meaning that its student population is also younger than the cutoff for approved vaccine use. The school did a number of things right, though. Class sizes were kept small, and individual classes were kept in separate rooms, with doors and windows kept open and air filtration equipment installed. There was also a standing policy requiring mask use in place.

But not everything was ideal. The CDC notes that two of the 24 staff members were unvaccinated. While the vaccinated can clearly transmit the delta variant, they are likely to be less infectious, and in a worst case they’d be infectious for a shorter period of time.

One of the unvaccinated staff members, a teacher, began experiencing congestion and fatigue on May 19, problems that they ascribed to allergies. (The “allergies or COVID?” internal conversation is one I suspect most of us have had within the past year.) The individual went for a test but ran into a systemic problem: It took two days for the results of the test to come back. This problem was then compounded by a couple of poor choices. The teacher put too much stock in their self-diagnosis of allergies and continued going to school. And during that time, while reading to class, the teacher removed their mask.

On May 23, the test results came back and confirmed that the teacher was infected.

At this point, the school district again responded well, shutting classrooms and starting widespread testing. But by this point, at least 12 of the 22 students in the class were infected (the parents of two students declined testing). In the two rows of seats that were closest to the teacher, eight of the nine students who were tested had infections. For the rest of the class, 28 percent of the students were infected.

For reasons that are unclear, the infection had spread to a second classroom—the CDC suggests it was likely through some informal interactions among students outside the classroom at the school. Six cases occurred in that classroom, although at least two of the infected picked it up from a third person at a sleepover some student’s parents had hosted. Four other individual cases were identified in other classrooms. It’s impossible to tell whether these came from contact at school or through community spread.

The students managed to spread the virus to eight parents and siblings in total. There were also a number of cases in the community diagnosed at the same time. All of these viruses were closely related to the version of the delta strain that the teacher had, so their relationship to the school outbreak is uncertain. Still, the CDC notes that the community has a vaccination rate of over 72 percent, which probably limited the scope of the outbreak.

Fortunately, none of the people infected by this outbreak required hospitalization.

All of this shows how hard it is to get things right given the infectivity of delta and its persistence in most communities in the US. The school had instituted reasonable policies, although they came up short on mandating all staff be vaccinated. And those policies were undercut by a series of problems that, on the surface, aren’t entirely unreasonable. Prior to the pandemic, it had become common practice for people to go to work when feeling ill, and confusing COVID-19 and allergies has likely been a widespread experience. We’ve all probably made an exception to best public health practices on things like mask wearing at one point or another during the last year and a half. And we as a society have decided to accept a two-day turnaround on test results.

All of these easy-to-make errors get magnified when the background of community spread is higher, which is true in large areas of the US right now. In many of those areas, political leaders are even actively interfering with schools’ attempts to implement the sort of policies that were in use in Marin County.