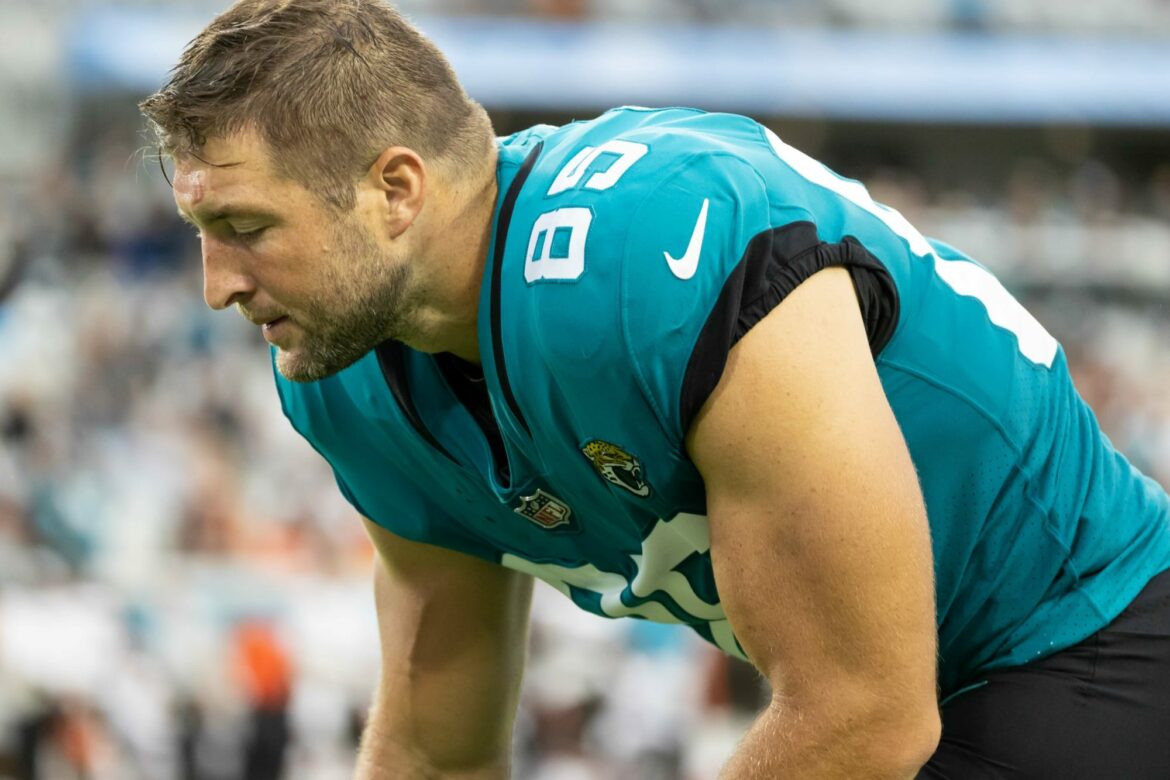 Tim Tebow continues to be his positive self helping college students and even rooting for his former college coach who cut him in Jacksonville.

Tim Tebow has never been the type to say anything bad about anyone. That includes his former college coach Urban Meyer now head coach of the Jacksonville Jaguars.

“I think that Urban is a great coach,” Tebow told FanSided. “It’s obvious it is not the start he was hoping for. I think they have a lot more talent there than people think, it’s just they have to continue to build and grow.”

Tebow has signed a one-year contract with the Jaguars last May to play tight end. He was given all of 16 plays in one preseason game to prove himself before being cut.

Tebow was a fish out of water. If Meyer had wanted to give Tebow a shot, it should have come at the quarterback position.

“I feel like I could have helped a team,” Tebow said. “I mean I’m not throwing a lot these days but you know I still feel really good. But, that was a long time ago when I was doing that.”

The last time Tebow threw a pass in an NFL game was indeed a long time ago – 2012 with the New York Jets. He finished his NFL quarterback career with 17 touchdown passes and only nine interceptions.

Does it not seem at least slightly odd with all the bad quarterback play scattered throughout the NFL nobody could figure out a way to use Tebow’s talents? And that his old coach chose to put him at tight end? If you are going to give Tebow a chance, as Meyer did, let him play the quarterback position and serve as a mentor and back-up to rookie Trevor Lawrence.

“Trevor’s got a lot of talent, I think he is going to be really good, I do,” Tebow said. “One of the things he does well is push the envelope and learn himself. It will be a process but I think he will continue to grow. When he is really able to settle in I think he’ll be really good, with the crazy amount of talent that he has.”

Dealing with criticism is something Tebow is very familiar with. The target has been on his back going back to his freshman year at Florida.

“I am a people pleaser by nature,” Tebow said. “I love making people happy, making people laugh, I love being around people, but then I really, especially about my freshman year in college, kind of made some focus choices to do my best to kind of hold back on that because I am 17, 18 and you start getting bashed by the media and you’re like it dang it,” Tebow said.

Tebow’s career has been a whirlwind. From college to the NFL to minor league baseball and back to the NFL again. It deserved a better ending than being cut by his former college coach playing a position he had never played in his life.

Could there be one more chapter?

Tim Tebow is working with Allstate who is pledging $1 million to honor the Allstate AFCA Good Works Team, as well as their non-profits of choice, for their remarkable commitment to community service. This initiative was made possible by new NCAA Name Image Likeness (NIL) rules, Allstate took the opportunity to financially empower athletes who serve their communities.