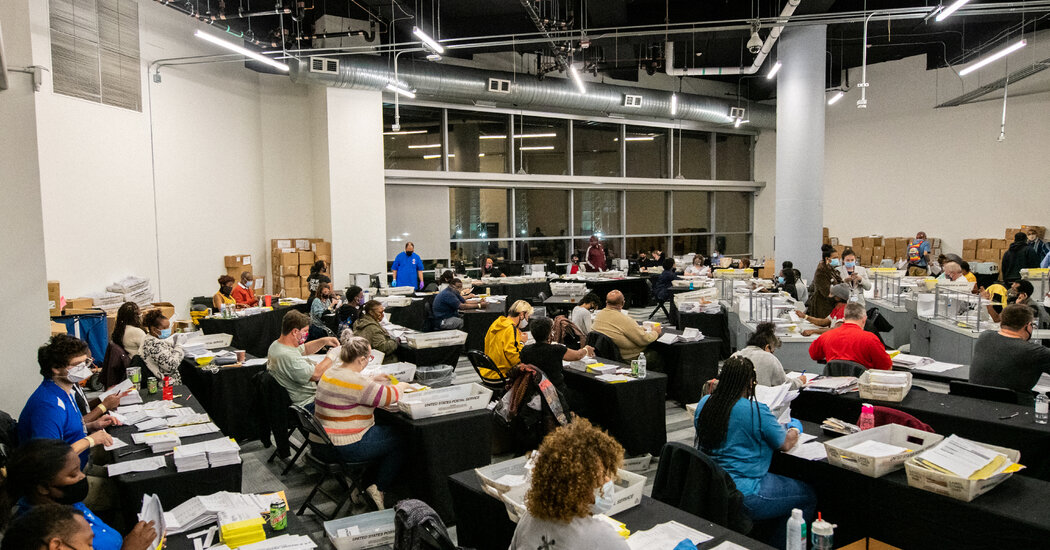 The Gateway Pundit is published by twin brothers, James and Joseph Hoft. The Hoft brothers did not respond to requests for comment. In April, the brothers spent 57 minutes articulating their myriad false theories about the 2020 election for Regent University, the Virginia school founded by Pat Robertson.

“We have to have Americans’ trust in their elections,” James Hoft said. “We just hope and pray that there’s a divine intervention and something takes place to save this country and save our elections.”

The lawsuit, filed in a Missouri circuit court in St. Louis, where James Hoft lives, articulates a litany of trauma the two women and their family suffered after Gateway Pundit began its campaign against them.

They received death threats, unending harassment from phone calls and text messages, and unsolicited pizza deliveries to their homes. Ms. Freeman and Ms. Moss, both of whom are Black, were also subjected to racial slurs.

The harassment was detailed in a Reuters article published Wednesday that included recordings of 911 calls Ms. Freeman made when Trump supporters came to her home and banged on her door last December.

According to Reuters, Ms. Moss earns about $36,000 a year for her full-time job with Fulton County. Ms. Freeman, a temporary worker, was paid $16 per hour. Ms. Freeman was forced to shut down her online business selling fashion accessories once she became inundated with threats.

On Jan. 6, as thousands of Trump supporters gathered in Washington for a rally that led to the storming of the Capitol in an effort to block the congressional certification of Mr. Biden’s victory, another crowd surrounded Ms. Freeman’s home in suburban Cobb County, “some on foot, some in vehicles, others equipped with a bullhorn,” the suit read.