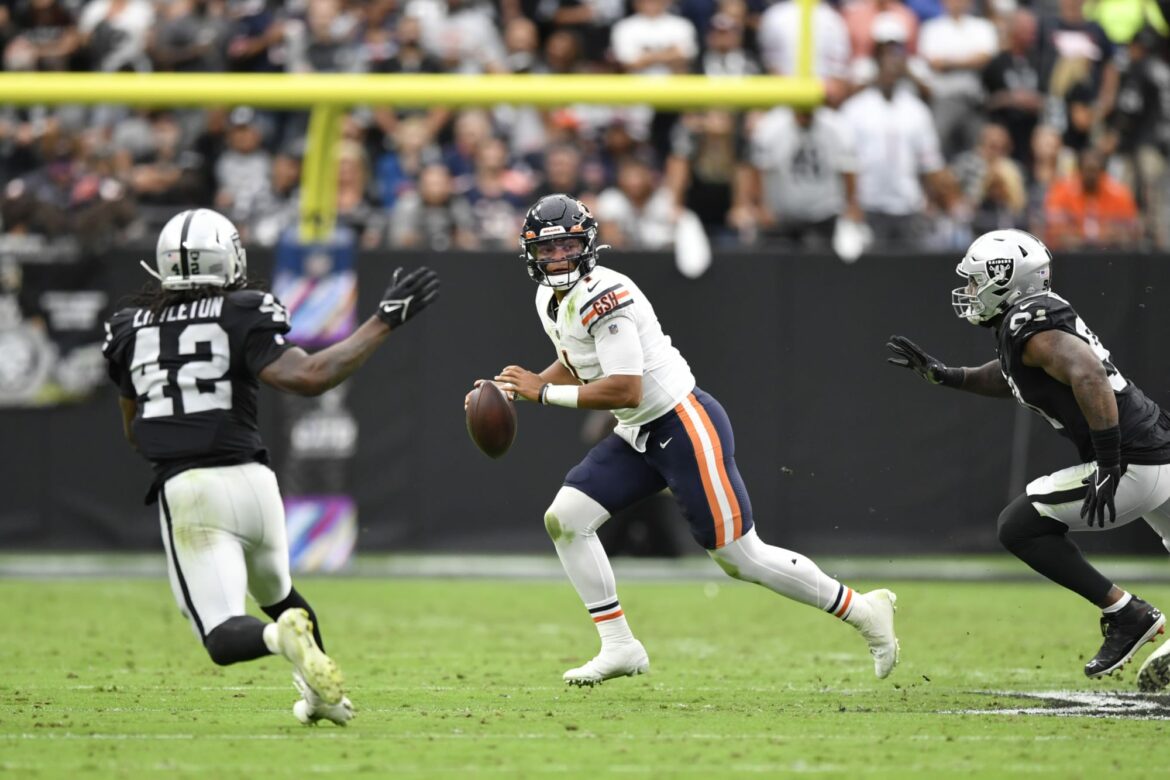 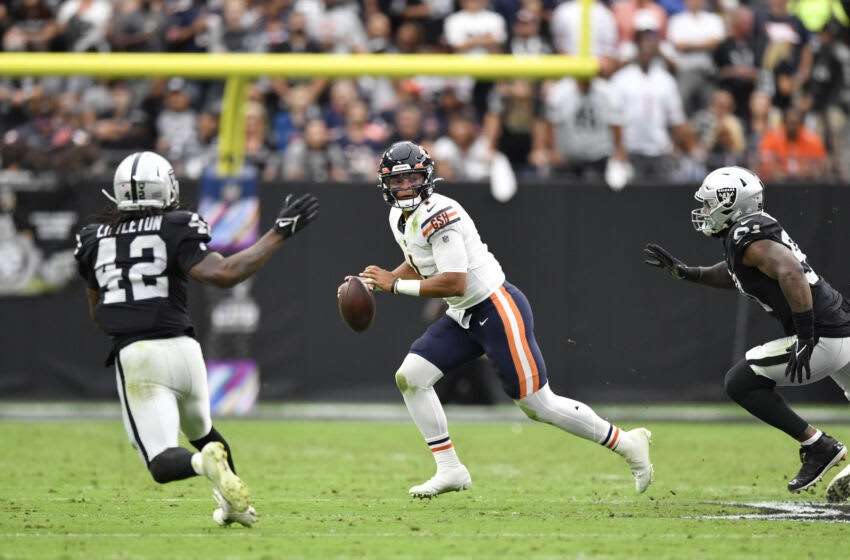 LAS VEGAS, NEVADA – OCTOBER 10: Quarterback Justin Fields #1 of the Chicago Bears looks to throw against the Las Vegas Raiders during the first half of a game at Allegiant Stadium on October 10, 2021 in Las Vegas, Nevada. The Bears defeated the Raiders 20-9. (Photo by Chris Unger/Getty Images)

After being denied reservations at a restaurant, one prominent UFC fighter decided he’d have better luck if he were actually Justin Fields.

But when he pretended to be Justin Fields of the Chicago Bears that’s when Belal Muhammed apparently was able to get a reservation set up. While on the phone with the restaurant, Muhammed explained that the first person he tried speaking to apparently “doesn’t seem to respect athletes.”

“Justin Fields of the Chicago Bears. I just wanna eat. The last guy was talking to doesn’t seem to respect athletes or other people from other towns and I was trying to get a reservation, but he had some sort of attitude with me and I don’t know if it was a Raiders thing, but we just won a big thing and I’m just trying to get dinner,” Muhammed laughed.

Well, that’s one way to get a table set up for you.

Called a restaurant to make reservation the guy Said everything was booked and hung up on me right away so I had to call back as Justin fields to get reservations 😂 pic.twitter.com/jJyMjdcXco

In the video, someone on the phone with Muhammed could be heard apologizing for the previous interaction Muhammed had with the restaurant. And of course, “Fields” was able to get reservations for him and his friends set at 7:30.

Someone in the background of the video chimed in occasionally, telling “Fields” to make sure that he used an “alias” rather than getting the reservations under his actual name (side note: brilliant move if you’re a famous individual trying not to be disturbed while at dinner).

We have no clue how things unfolded for Muhammed and his friends but we’re impressed by his creativity here. The UFC fighter from Chicago knew how famous Fields was, so it never hurts to try, we guess.