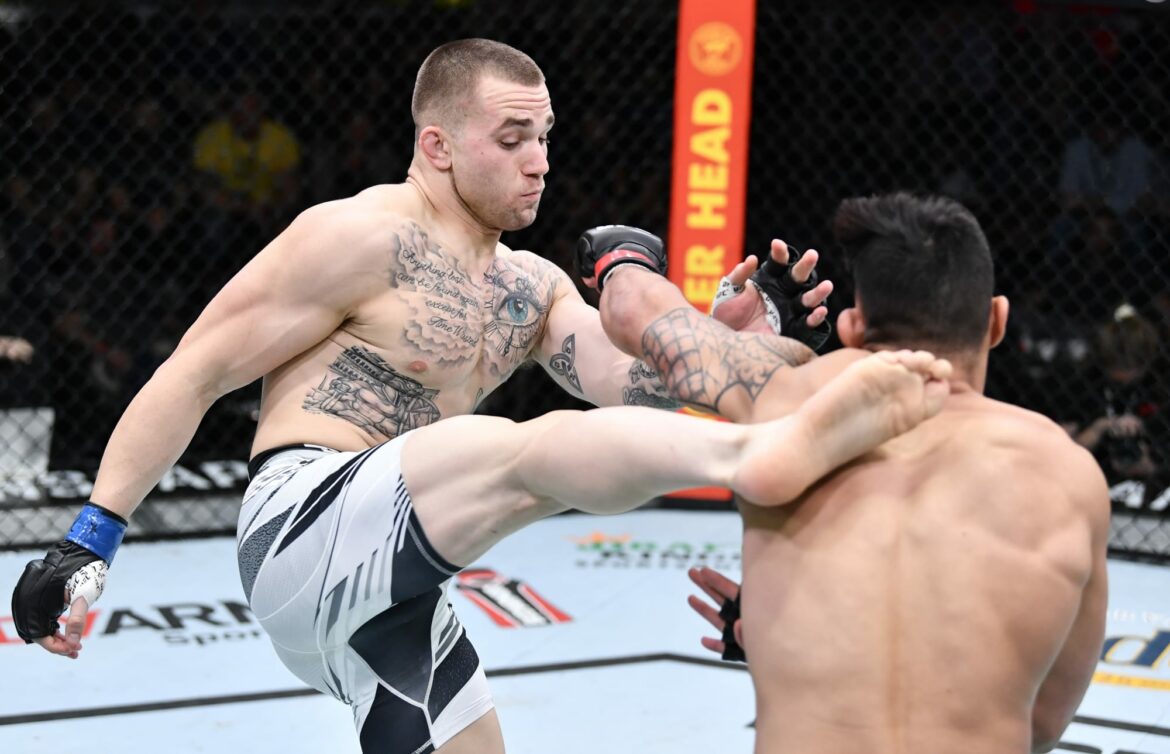 “I’m alright, he caught me with a good knee so I can’t see for shit. Props to him, he is a tough opponent… I could see but the blood just kept getting in my eye. So I could see but I couldn’t see,” said Maximov

Maximov opened with a right hand and went for a takedown but Soriano was able to avoid it. Not deterred, Maximov landed a straight left hand and took down Soriano. Eventually, Soriano worked his way back up to his feet. The two continued to exchange in the middle with Soriano landing a massive knee that opened up a cut on Maximov’s nose. Despite being shaken up, Maximov took the back of Soriano and went for a rear-naked choke but was unable to lock it in. Soriano was eventually able to shake Maximov off of his back. The fight moved to the ground, with Soriano landing several short punches until the end of the round.

The second round began with a wild series of scrambles as both fighters battled for position on the ground. The fight moved back to the feet, with Soriano landing a few punches before Maximov took him down again. Again, Soriano was able to fight his way back up. Soriano landed a kick and a series of punches to the body of Maximov. The tempo of the fight slowed with Maximov taking down Soriano again but again being unable to take advantage of it.

Maximov opened the final round by getting Soriano to the ground again. Up against the cage, Maximov landed a couple of short strikes. Again, Maximov took down Soriano. The third round was dictated by Maximov for most of the round. However, the final seconds saw Soriano unloading several powerful punches.

Soriano started his career 8-0. In his last fight, Soriano suffered the first loss of his career, when he was knocked out by Brendan Allen. After losing a razor-thin decision, Soriano will look to bounce back in his next fight.

Maximov started his career with seven straight victories. The undefeated 24-year-old prospect made his UFC debut in his last fight. At UFC 266, Maximov defeated Cody Brundage by decision. By moving to 9-0, Maximov proved that he is a prospect to watch moving forward.

UFC Vegas 47 took place on Saturday, Jan. 29, 2022, live from the UFC APEX. Follow along with FanSided MMA, who is on-site, for all your news and highlights.