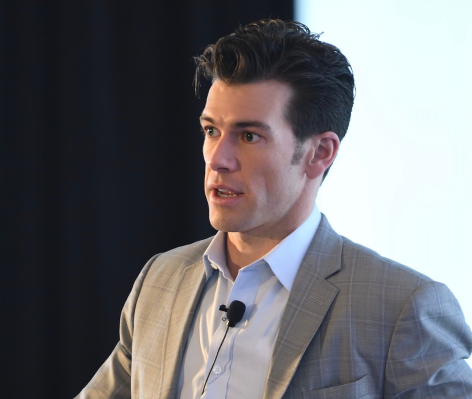 Almost exactly two years ago, we talked with Brendan Wallace, the cofounder of the property- and real-estate-tech-focused venture firm Fifth Wall, about a trip from which he’d just returned. His visit had been to Singapore, where he described scenes of masks and social distancing and explained that, out of an abundance of caution, he was planning to stay inside his home in Venice, Ca., for 14 days before returning to the office.

Of course, Wallace didn’t know then that he wouldn’t be returning to his office for a very long time. Nevertheless, the firm, founded in 2016, has more than survived through a pandemic that shut down much of the world. It seems to be thriving, including closing last week on a $159 million Europe-focused venture fund that brings its total assets under management to $3 billion. It helps to have more than 90 strategic limited partners that are desperate for a look around the corner, including Cushman & Wakefield, Koch Real Estate Investments,  British Land, and CBRE.

To learn how Wallace fared through it, and what technologies Fifth Wall’s LPs are most interested in adopting right now (and whether they want land in the metaverse), we caught up with Wallace late last week in a wide-ranging chat. Excerpts from that conversation follow, edited for length. You can hear our longer conversation here.

TC: The last time we talked, you were holed up at your home in L.A. You were the first person I knew to do that.

BW: The way that we were talking about COVID back then sounds so absurd. I was offering the insight I’d gleaned from being in Singapore, and you were like, ‘Oh, that’s so interesting.’ And it just was this forbearer of what was about to come.

Of course, people are still loath to return to the office. Is it a concern for your investors – that employers are struggling to get people to come to work?

Some major employers have talked about downsizing their physical real estate footprint . . .. What I haven’t seen clearly is a consistent, uniform direction from employers on whether there’s a date on which they expect people to be back in the office. I also think the expectation has changed of what being in an office means, and I think it is probably forever changed.

On that front, what technology has become a nice have versus a must-have if you think the changes we’ve seen are permanent?

The real estate industry is this fascinating industry. It’s one of the few industries that never had R&D. It’s really only been in the last four or five years that it has become quite innovative, and it just so happens that during this age of enlightenment, we had a macro shock that changed a lot of things and, in particular, changed how people think about physical space.

The thinking has changed about the safety of physical space, the necessity of being in certain physical spaces, and the demand for different spaces. So a lot of things have hit the real estate industry in a very short period of time and I think the net of it is that real estate owners are looking at how they can truly differentiate space. They’re wondering, How do we make it more tech enabled? How do we make our space “omni channel?” How do we make the space inclusive of all the technological progress that our employees have enjoyed over the last 10 years? The nice thing is that the technology is there, so it has created this voracious demand from large institutional owners for real estate tech to solve parts of that.

I talked recently with a microbial genomics company called Phylagen that uses sensors and swabs to determine whether or not somebody who has COVID has been in a space over a certain span of time. It sounds like air quality is at the top of the must-have list.

I don’t think most companies, when they were signing a lease in 2019, we’re asking a lot about indoor air quality or filtration, and now they are. Monitoring that, reporting on that, tracking that has become quite standard.

Alongside that is just knowing who’s in your building. Most buildings don’t really know who’s inside, and there are more reasons now to know that information and to make buildings and assets and physical spaces more sensorially aware of how they’re being used, including public health reasons [tied to] contact tracing. So I think spaces are going to get more tech enabled  and “smart” the same way that our devices and TVs and other small things are now smart things. Buildings are just comprised of a bunch of small things that are going to become smart, from turnstiles to elevators to doors to even tables and chairs that make the tenant and landlord more aware of how people are functionally using space.

With interest rates going up and loans to pay off, aren’t these landlords under financial pressure? Relatedly, is there a lot of consolidation going on?

Not as much as you’d think [though] we’re still not out of [the pandemic entirely]. So we actually don’t know what the other side of this looks like. We don’t know the steady state of how humans are going to consume space differently. You’ve also had historically low interest rates and high levels of collaboration between tenants and their real estate owners around how to work through this.  So we probably haven’t seen the full effect of what COVID will reap.

Last week, New York City Mayor Eric Adams expressed concern, saying when employees don’t return to work, they don’t eat lunch at a nearby restaurant, they don’t shop at local stores, or take their clothes to the dry cleaners. I’m wondering what challenges and opportunities that creates for an outfit like yours.

Retail has been a challenged sector of real estate for the last decade. E-commerce as a percent of total U.S. commerce is still actually relatively small. It’s still less than 20%, [but] there’s a lot of change that is still yet to come. So the local stores, local dry cleaners, and how those small local businesses will be affected by many of these larger logistics spaces and tech-enabled service companies and on-demand delivery companies is [still in play]. I think because of Covid, we jumped from inning one to inning three, but we still have a lot of innings left to play.

You’re also focused on climate tech as it relates to real estate. What are some of the more interesting technologies that you’ve seen in the last six to 12 months on the climate tech front?

I’ll give you two examples. One company [whose proposition] is simple is Sealed. Most homes in the U.S. don’t have heat pumps or the proper insulation, and from an energy savings perspective, that can have a very profound impact. Because people just don’t know the actual metrics behind the savings – like actually how much money they do save –  Sealed has built a direct-to-consumer business where they’re able to install heat pumps and the proper insulation for homes based on where they are located. It’s pairing consumer education with a consumer business and also a financing business, and I think it’s really exciting.

On the more kind of tech forward side, we invested in a company called Turntide that makes very efficient small electric motors. You wouldn’t necessarily think of a building as having a lot of motors in it, but if you think about it, you have to move a lot of stuff around a building: water, air, people. These motors are 30% more efficient than your traditional motor. It matters because buildings account for 40% of the country’s electricity consumption, which is staggering because real estate is only 13% of the U.S. GDP. So real estate is this massive, outsized energy consumer, and most of the hardware inside our buildings is inefficient, and with these very efficient motors that you can install on your HVAC system, you can achieve very simple savings with the exact same infrastructure.

You have lots of proptech bets and a growing number of climate tech bets. What do you think about investing in the next frontier, the so-called metaverse?

I think we’re excited about it in the sense that  there’s a lot of real innovation that can happen in the metaverse, and a lot of it is real-estate related. I don’t think we’ve seen anything super exciting.

Our focus has very much been on real world technology – tech for physical spaces, actual space. It’s real atoms, right? So most of our innovation is focused there. That’s where it started. So we’re excited by the metaverse like everyone else. It’s enticing. It’s new. It’s cool. But I would not say that we have fully leaned into investing in it yet, because there are so many more pressing and, we think, more interesting real world problems that we have yet to solve.