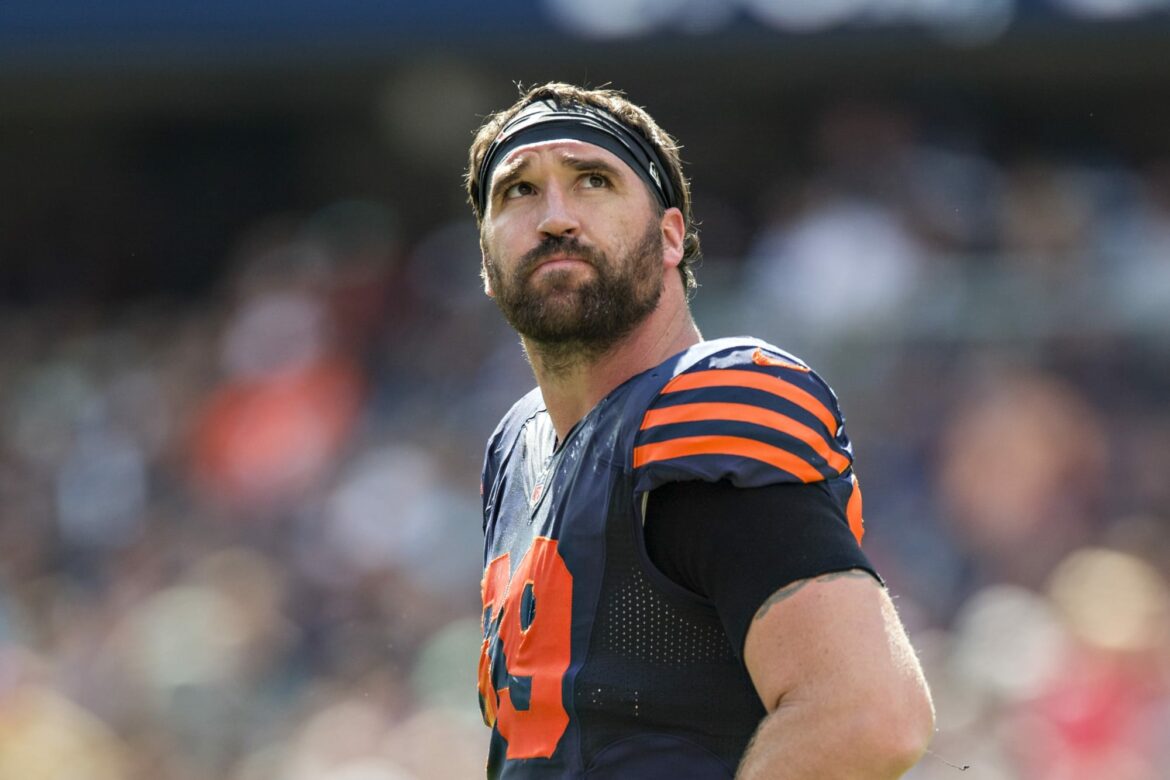 In 2014, NFL defensive end Jared Allen left an impressive career with the Minnesota Vikings to sign with their divisional rival, the Chicago Bears. He signed a four-year deal worth $32 million.

By 2015, Allen was traded to the Carolina Panthers for a conditional sixth-round pick.

Reflecting on his time in Chicago, Allen shared his thoughts on his time with the Bears with Chicago media personality Dan Levy.

“Man, it was tough,” Allen said. “It was kind of smoke and mirrors.”

Allen described himself as a “70 snaps per game” kind of guy coming into Chicago, believing that Chicago had the pieces to be a successful team.

Then, he arrived in Chicago and experienced a starkly different reality.

“We probably had too many, too many guys that could could play in too many positions. And then,  you just you kind of saw it spiraling out of control, and obviously everybody ended up getting fired,” Allen said.

Allen added that things seemed to improve with the arrival of Ryan Pace, Vic Fangio and John Fox, but the system ultimately did not fit Allen and he was traded away.

Allen spent his formative years in Kansas City, comparing the “corporate” climate in Chicago to the warmth of Chiefs owner Lamar Hunt. Allen said that Hunt would be “down there hugging you after every game.” In Chicago, Allen described the upper floor of franchise management as being “off-limits.”

When Levy asked Allen on his opinion on contemporary Bears management, Allen said that he didn’t have experience with Nagy but Pace was “great.”

“What I can say is, at some point, you’ve got to find that balance of football players or athletes in general,” he said. “You want to feel like you’re connected to something, so if that continuity isn’t there, that connectivity isn’t there, they’re never going to see the best out of people.”

The Vikings may have gotten enough out of Allen to earn him a spot as a Pro Football Hall of Fame finalist, but it seems the Bears got little out of one of the NFL’s all-time sack leaders.