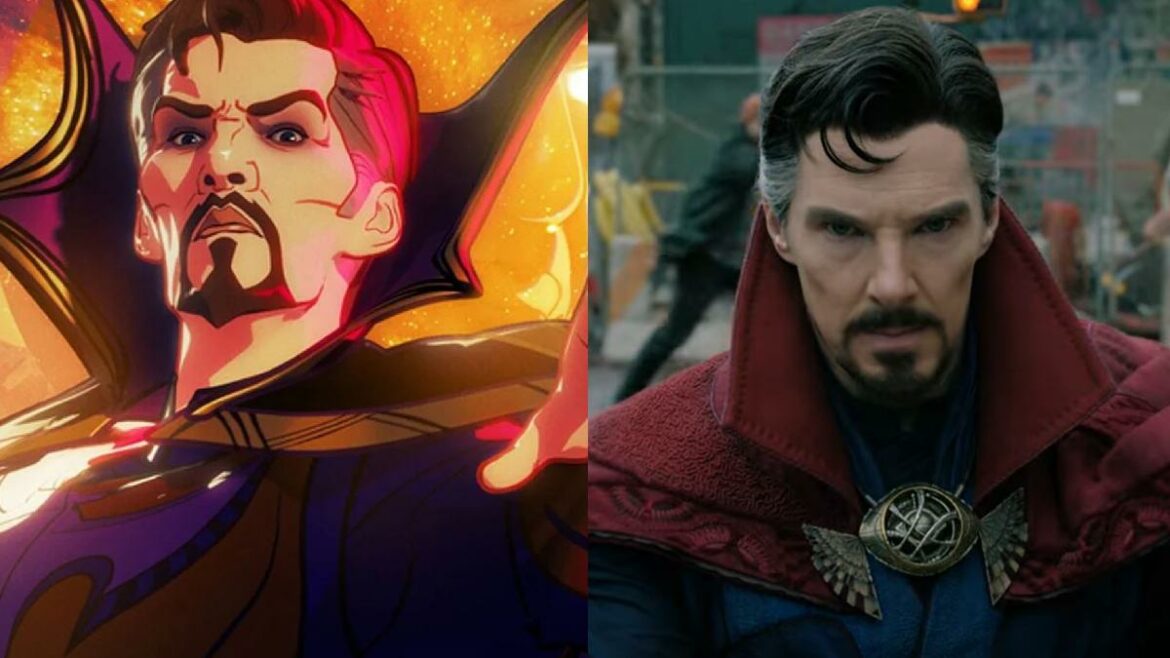 Marvel finally released the newest teaser for Dr. Strange in the Multiverse of Madness, showing off one villain who looks frighteningly familiar – Dr. Strange Supreme.

The trailer was initially shown as the Spider-Man: No Way From Home post-credit scene, but is now out on YouTube for all Marvel fans to enjoy. It seems like the film will be bringing back much of the original Dr. Strange film’s cast, with a few new faces.

Aided once again by Wong (Benedict Wong), Dr. Strange (Benedict Cumberbatch) seeks out the help of Scarlet Witch (Elizabeth Olsen). Continuing his research on the Time Stone, the two sorcerers seemingly play with some dangerous spells – ones that bring lasting consequences to their universe.

Notably, the teaser shows Dr. Strange approaching a showdown with an alternate version of himself. Just who is this evil Dr. Strange, and is it Dr. Strange Supreme?

Marvel’s Guardians of the Galaxy | Do the Thing Trailer

Marvel’s Guardians of the Galaxy | Do the Thing Trailer

WHO IS DR. STRANGE SUPREME?

So far, the teaser hinted that this alternate Dr. Strange is more scathing and darker, leading many to believe that it’s Dr. Strange Supreme. He first appeared in Marvel’s animated series What If…?, in episodes: What If… Doctor Strange Lost His Heart Instead of His Hands?” “What If… Ultron Won?” and “What If… the Watcher Broke His Oath?”

Dr. Strange Supreme was a twisted version of the original character, plagued by the madness of loss. When his wife Dr. Christine Palmer (Rachel McAdams) died, he was consumed by his grief, descending down a dark path to try and revive her.

Dr. Strange Supreme from Marvel’s What If…?

Though, he didn’t just stop at studying. In order to amass the amount of power he needed, he absorbed the energy of other magical beings. Despite all warning signs, he tampered with the very fabric of reality to bring Palmer to life again. Through this, Dr. Strange Supreme brought disastrous consequences upon his own universe – and it seems like he might do the same for this one.

The trailer even seems to hint toward this. The voiceover could potentially be from Dr. Supreme Strange’s perspective, noting that he “never meant for any of this to happen… Things just got out of hand.” The brief feature of Dr. Christine Palmer at their wedding could be a further clue, painting him as an evil man with a sympathetic past.

Who knows how Dr. Strange will be able to handle a villain of his own caliber, but we’ll just have to wait until May 2022 to see.

Watch the full Dr. Strange in the Multiverse of Madness trailer below: