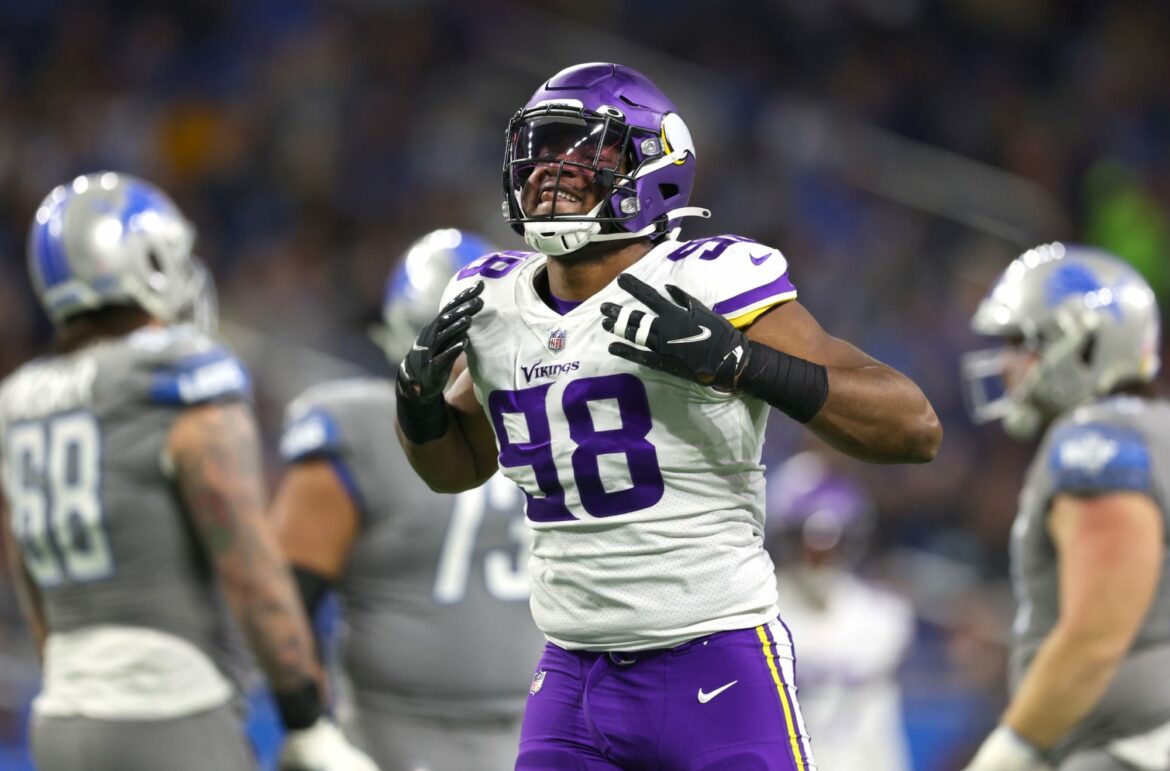 At 6-7, the Minnesota Vikings still have a chance of making NFL playoffs. To do so, they will need to bench one of their starters in order to last.

Is Kirk Cousins a good quarterback?

It’s an intriguing question, one that lies deeper beyond personal stats. Despite Cousins’ massive contract, impressive passing yards and a fantasy value that merits a starting roster spot most weeks, Cousins hasn’t been able to effectively deliver wins — the most important stat of all.

While Vikings fans endlessly debate whether or not Cousins is actually good, the Vikings’ 6-7 record answers that more definitively: no, not really.

Still, the purple and gold remain eligible in the NFC Playoff race, although there are critical decisions that could influence their likelihood of making the postseason.

Vikings fans hotly debate whether or not Cousins should be replaced, although there’s another player the Vikings could move on from who is not named Kirk Cousins.

Vikings can improve defense with this one switch

With Danielle Hunter on IR and Everson Griffen placed on the non-football illness list to address his mental health, the Vikings have been relying on 2020 NFL Draft pick D.J. Wonnum. Wonnum began a promising rookie campaign, with “long arms and explosive get off”, and gave the impression that he might be “a good starter down the road.”

Still a very long ways to go as a player, but at the very least he looks the part with his long arms and explosive get off. Has the potential to be a good starter down the road.

3) Middle pressure on Kirk Cousins was a problem last year, so getting the right 2 out of young Gs Ezra Cleveland, Wyatt Davis and Dru Samia, and vet Dakota Dozier will be big.

Although initial reports indicated Wonnum showed early promise, he has hardly broken through as a starter on the Vikings defense. Wonnum hasn’t had more than four total tackles in one game this season.

(Sacks are easier when no one blocks you)

#Vikings DE D.J. Wonnum played a season-high 61 snaps in Sunday’s loss to the 49ers. He has played 90%, 90% and 87% the past 3 weeks. He notched his 1st sack since Week 5. Looks like James Lynch started on the opposite edge. #IDPHits pic.twitter.com/9c9AAtqjWk

Penalties allow teams to beat themselves, so while Wonnum has been criticized for being unable to beat o-line blocks, he also beat his team with a penalty on a two-point conversion against the Pittsburgh Steelers.

Ben wanted a flag for a cheap-shot shove after the two-point conversion by the Vikings’ D.J. Wonnum. Nothing came. Bright spot: Dan Moore got right in Wonnum’s face.

The Vikings won 36-28, but Wonnum only logged two assisted tackles and two passes defended in the game.

Wonnum is only 24 years old and could certainly continue to develop into a capable starter as was initially projected. Still, having Wonnum start now has proven not to affect the game the way the Vikings require in order to make a significant playoff push. Quarterback pressures can shape a game, and the lack of them from Wonnum allows teams to have longer drives and improved chances of scoring.

At this point in the season, the Vikings won’t be able to sign someone like Griffen to take over while Wonnum develops. For now, it’s best for the Vikings to think ahead to next season as they look to fill Wonnum’s starting role with a game-changer.