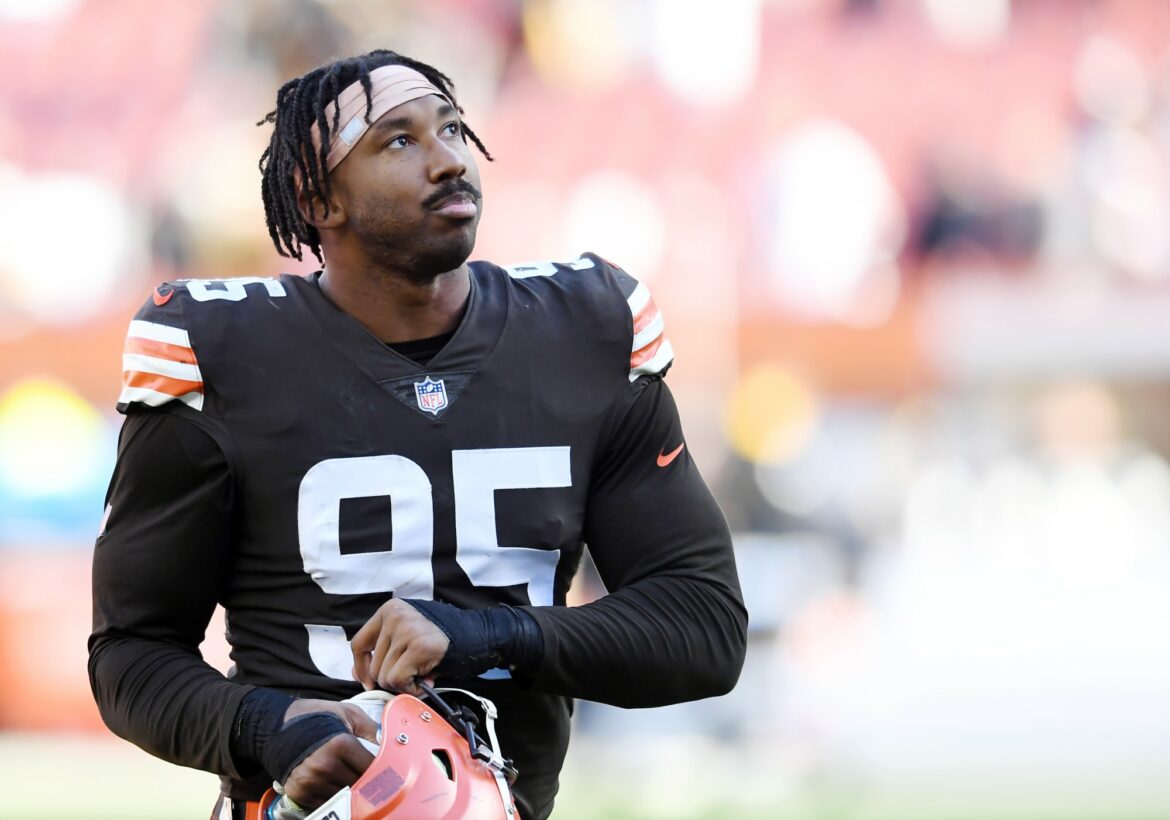 Cleveland Browns are seeing more and more positive COVID-19 tests ahead of Sunday, with Myles Garrett criticizing the lack of testing at NFL facilities.

On Dec. 14, the news broke that 75 NFL players across the league were out with the coronavirus within the two previous days.

NFL now has had 75 player positives for COVID the past two days, per source.

That’s nearly four percent of active players, but the rampant spread is alarming as the Omicron variant spreads throughout the United States.

Some franchises are afflicted more than others, the Cleveland Browns being one of those teams in Week 15. On the same day Schefter broke the news about the widespread COVID outbreak, eight players were on the Browns’ COVID list, including Jarvis Landry and Wyatt Teller. All eight players are vaccinated.

The news gets worse as the days progress toward the Browns’ Dec. 18 match against the Las Vegas Raiders. According to Josina Anderson, more positive results have returned for the Browns.

One of the names that has emerged is Case Keenum, who was set to start at quarterback for the Browns on Saturday.

Now Browns’ QB Case Keenum has tested positive for COVID, leaving QB Nick Mullens in line to start Saturday vs. the Raiders, sources tell @ByKimberleyA, @FieldYates and me. Baker Mayfield already has tested positive and is on the Reserve/COVID-19 list.

As details emerge, Myles Garrett has been vocal about the inadequacies of NFL COVID policy, which only tests vaccinated players once per week.

#Browns Myles Garrett: “The lack of (covid) testing that we’ve done this year has… kind of led us to this point. Testing once a week was a recipe for disaster.”

Garrett was on the COVID reserve list himself in November 2020.

Garrett, who is vaccinated, is one of the NFL’s most prominent advocates for receiving the COVID vaccine.

“You have your own personal liberties…it’s up to anybody, what you want to do with your body,” the Cleveland Browns star defensive end told USA TODAY Sports earlier this season. “I would say go do it, get the vaccine, to decrease the risk of getting COVID or spreading it to someone who is going to have an adverse reaction like myself.”

As Garrett notes, vaccinated players are subjected to less testing requirements, yet they are still susceptible to contracting coronavirus. Instead of rigorously testing all players daily as the NFL did before the vaccine was created, the NFL has been lax in their policy toward vaccinated players this season, testing once a week instead of every day.

As Garrett notes, the “recipe for disaster” that the Browns are now facing means that all vaccinated Browns players could be at risk as more and more are sidelined with COVID.