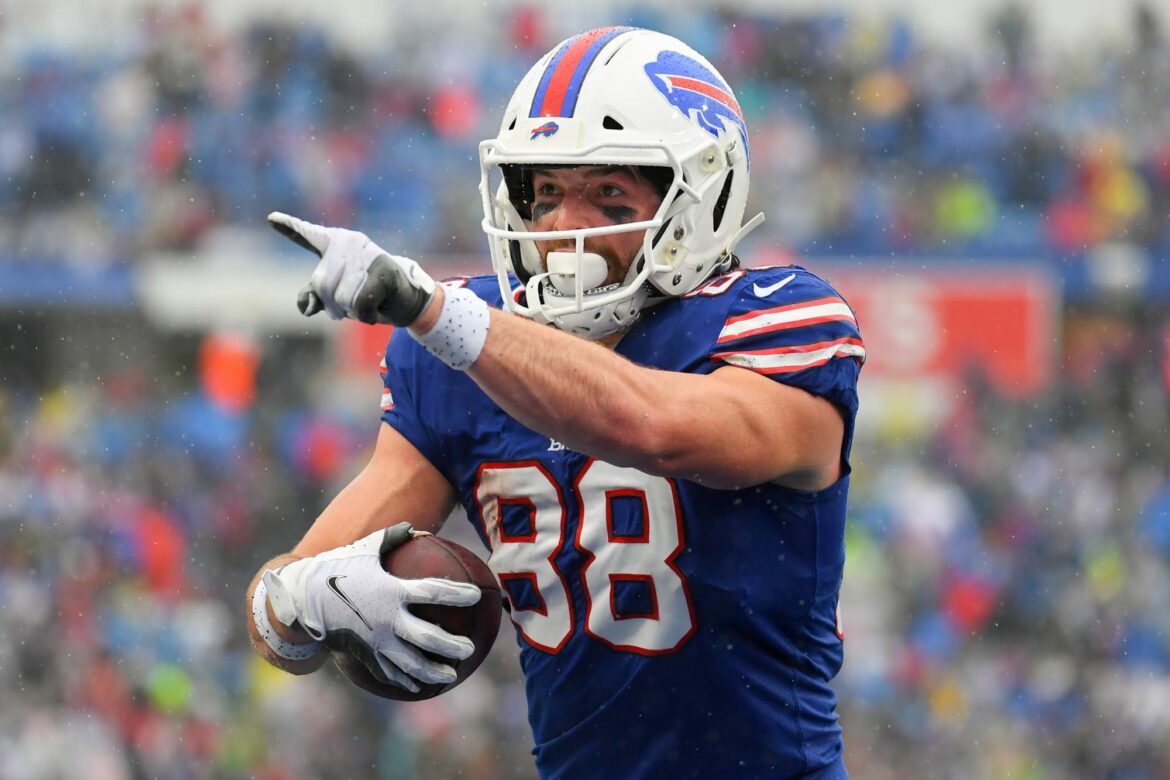 Dawson Knox is sixth among tight ends in fantasy points this season. He has been remarkably consistent scoring a touchdown in three straight games.

Last week, he had his best game of this season with five receptions for 37 yards and two touchdowns. The Bills’ offense was dominant against the weak Texans’ defense scoring 40 points, which afforded Knox more opportunities to get into the end zone.

Knox has established himself as a solid, reliable TE1. Knox has been targeted six times in the red zone this season, which is tied with Darren Waller and Kyle Pitts for the highest total among tight ends.

Dalton Schultz is on fire. In fact, no tight end has scored more fantasy points than Schultz over the past two weeks.

After scoring two touchdowns against the Eagles in Week 3, Schultz posted six receptions for 58 yards and a touchdown against the Panthers.

It was an odd game, though, as Schultz nearly fumbled twice. Both plays were reviewed, and ultimately, it was ruled that Schultz was already ruled down on both plays.

Nevertheless, quarterback Dak Prescott never lost confidence in Schultz, and he continued to target him throughout the game.

With 15 targets over the past two games, Schultz is clearly carving out a significant role in the Cowboys’ offense. He has a lot of upside this week against the Giants.