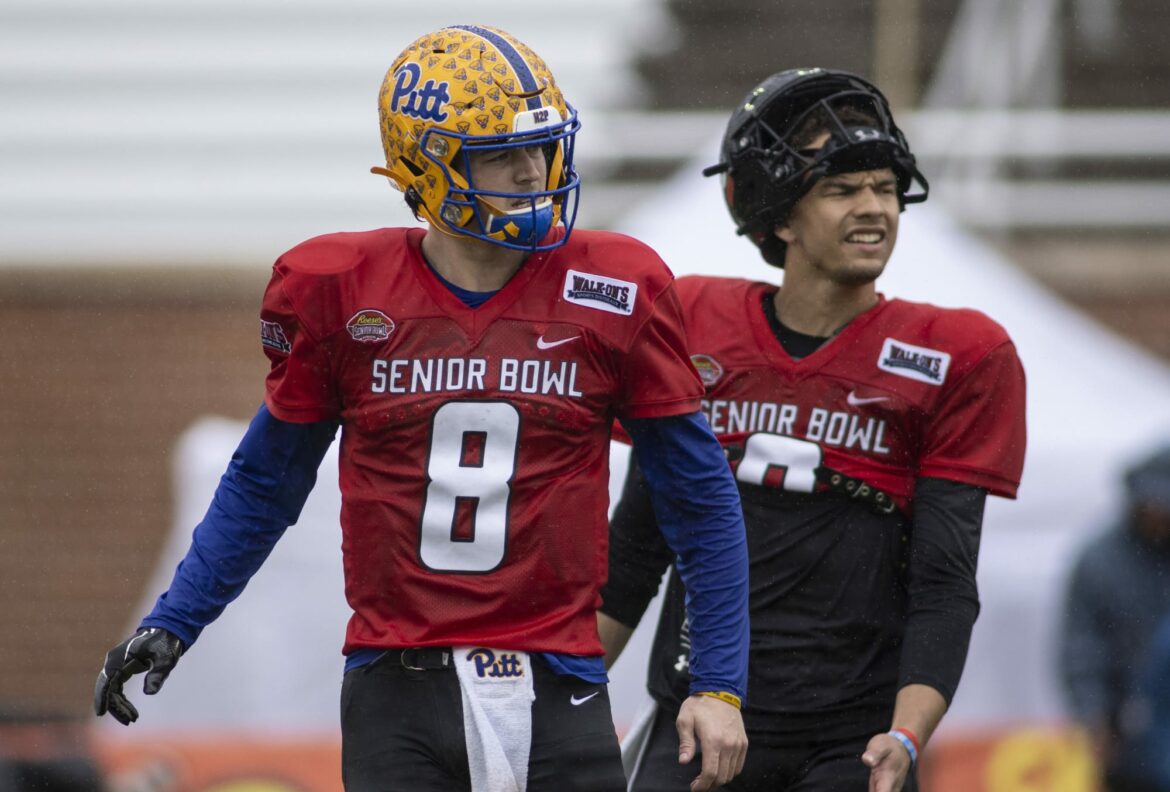 The 2022 NFL Draft will give teams the chance to reshape their rosters but scouts say franchises in need of quarterbacks should be wary.

Coming off a draft filled to the brim with first-round quarterback options, there will be a few teams in 2022 wondering if they missed their window last year.

The 2022 draft class doesn’t have the big names or variety of talent that was present in 2021. So teams like the Steelers, Lions, Texans and others may find themselves reaching on a passer.

At least, that’s what draft scouts seem to be saying after watching quarterbacks at the Senior Bowl.

Albert Breer of MMQB spoke to NFL evaluators who had a pretty bleak perspective on the class.

“They don’t believe there’s a single NFL starter in this year’s quarterback class,” Breer wrote. “Not everyone was that harsh, but it was unanimous that these quarterbacks aren’t close to last year’s—and most agreed that all five of last year’s first-round signal-callers would’ve been the top guy at the position in the 2022 draft.”

One AFC executive thought that Kenny Pickett from Pitt and Desmond Ridder from Cincinnati “look more ready to go” but their ceilings aren’t particularly high. They have consistency going for them more than anything.

Malik Willis from Liberty is the wild card evaluators can’t get a grasp on.

“That one would scare me,” the exec said.

An AFC college scouting director was excited about Willis’ “absolute cannon” arm but also had misgivings about his ability to read defenses.

All in all, it sounds like the quarterbacks at the Senior Bowl aren’t going to get scouts drooling as the draft process continues.

Ole Miss’s Matt Corral, who wasn’t at the Senior Bowl, may be the last hope for a true stand out at the position for the 2022 draft.