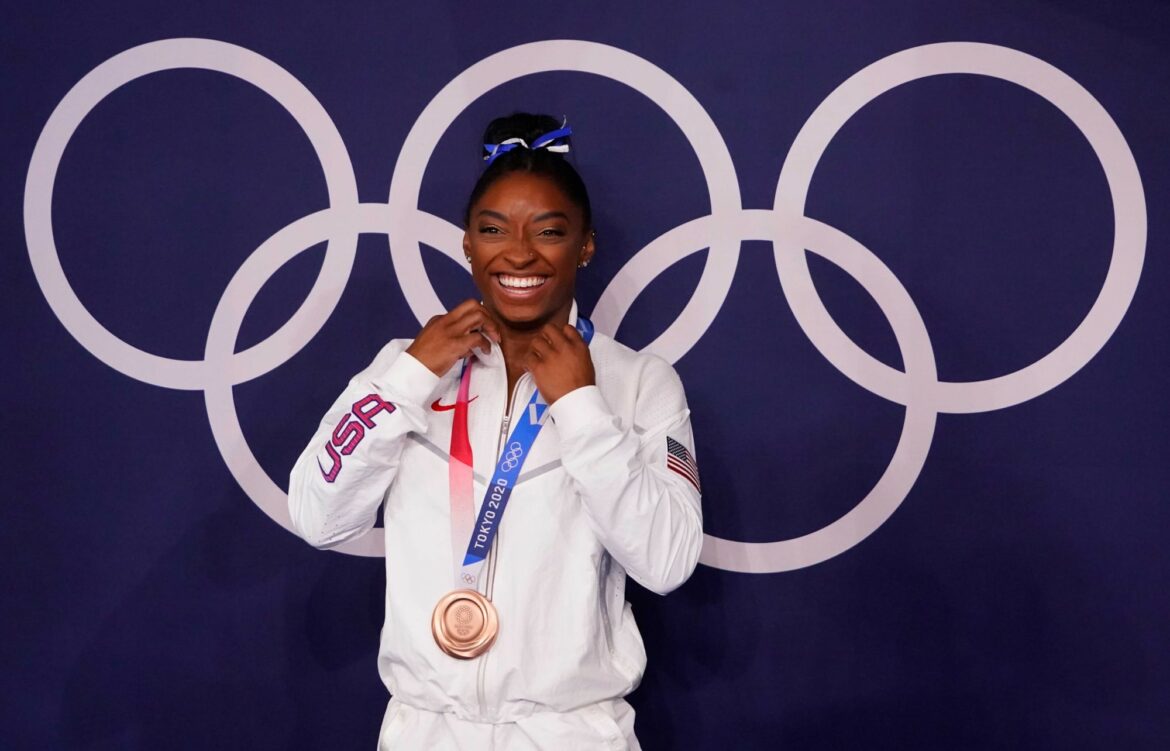 Sports are something that resonates with many of us. There are some people who are raised to root for a certain team from when they are very young. There are some people who grow up playing sports with friends down at the park or in school. Some of us never grow up to be professional, but we still love the game. Then there are those among us that rise to the top, that become the greatest that the world has ever seen. Those are the people that we are talking about today, the GOATS.

In the early nineteenth century women engaging in sport was frowned upon, especially in the United States. As the century rolled on women became more and more involved in physical games and activities. The turning point could be noted as the World War 2 era. As explained in the cult classic “A League of Their Own,” the introduction of the All-American Girls Professional Baseball League put women on the field as showed that they could play the games that were up until that point reserved for men.

The opportunities and talent grew through the years and now girls and women have much more opportunities in sports. Included in this list are some of the most talented women to have ever stepped onto the court, field, ring, or course. Some of these athletes have changed the game forever and paved the way for the next generation. Some are still out there being the best and proving that women can charge just as hard as their male counterparts.

Here is the FanSided list of 25 women athletes to celebrate in Women’s History Month. 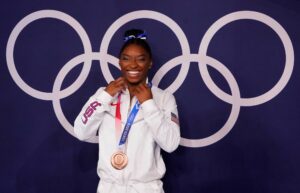 Simone Biles has revolutionized the sport of gymnastics. She is one of the most winningest gymnasts in the United States and she is single handily changing the landscape of mental health needs in sports. When Biles steps onto the floor, all eyes are on her. With her 32 Olympic medals, she is tied for the most decorated gymnast of all time.

Hailing from Columbus, Ohio, Biles got her start in gymnastics at a very young age. She worked her way up through juniors and eventually became one of the elites. Her contributions to the team USA are unmatched. She made her Olympic debut in 2016 winning four gold medals in the team, all-around, vault, and floor exercise. She also took home the bronze that year for the balance beam.

To follow up her amazing Olympic debut in 2016, Biles was named to the 2021 team as well. That year she brought home two medals after withdrawing from competition due to dealing with her mental health. She has become an advocate for athletes struggling with their mental health. She is not only a role model for girls all over the world while she is competing, but she is making waves off the floor as well. 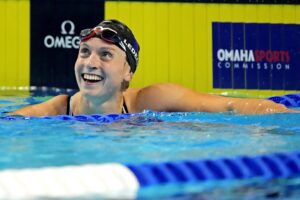 Katie Ledecky is a wonder in the pool. From a young age, Ledecky had to eyes of the United States on her and she rose to the occasion, winning Olympic medal after medal. Ledecky is the most decorated female swimmer of all time and the holder of many records in the pool.

Ledecky grew up in Maryland and was raised in the pool. Her family was swimmers and at the age of six, she too joined them in the water.

2012 was just the beginning for Ledecky. She would go on to prove that she is the very best female competitive swimmer that the world has ever seen. In 2016 she returned to the Olympic stage and brought home five medals for the USA. That year she won gold in the 200, 400, and 800-meter freestyles, and the 4×200 m freestyle relay. She capped that off with a silver in 4×100 m freestyle relay along with her team.

At 22 years old she was back for more at the 2020 Olympic games. Four more medals to add to her mantle that year, two gold and two silver. No one has been able to match what Ledecky can do in competitive swimming. To be able to start at such young age and have the skills and confidence to win over many years is a testament to her athleticism and mental greatness. 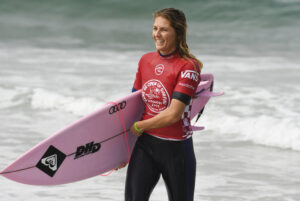 People have been surfing for a long time. It was a longstanding tradition and pastime in Hawaii and other places in the world long before it became a competitive sport. However since it became a sport, with a winner, that winner has more often been Stephanie Gilmore. She is the winningest female surfier in the World Surf League and holds 7 world titles.

Gilmore grew up in Australia and began surfing at a young age. By the time she was 17, she was participating in the world tour as a wildcard entry. Gilmore evolved from the wildcard to a permanent member of the tour and never looked back.

Throughout her career so far, Gilmore has won a total of 32 tour stops and can be seen near the top of the leaderboard most of the time. No stranger to wearing the yellow leader jersey in the water, Gilmore is still ripping just as hard as ever. In 2021 she finished in fifth place after securing her spot in the finale.

Gilmore is the most decorated female surfer of all time, and she seems like she is always enjoying herself. She can always be seen with a smile on her face both in competition and out. She is a legend to the girls who are making their way up, but at the same time, Gilmore can still give those girls a run for their money. 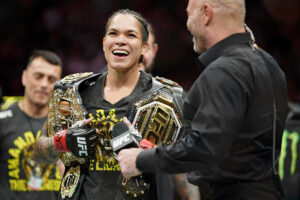 Amanda Nunes is on the top of many people’s list of the greatest female fighters of all time. She is the first two-division female champion in UFC history and she is still one of the most feared fighters on the roster.

Nunes got her start in fighting in local Brazilian fight promotions. She had a background in Brazilian jiu-jitsu and a willingness to succeed. She made the jump to Invicta FC and although she was not a standout there, was signed to the UFC in 2013. Getting to the UFC, Nunes really grew into the fighter she is today. She began to string together wins and at a point became unstoppable. The real turning point in her career however was the championship bout against Miesha Tate.

Nunes was able to put Tate away in the first round to win her first UFC title. Although she was now the champion there were still doubters to prove wrong. Her first title defense would be the one to prove it. Nunes was matched up with Ronda Rousey and although Nunes was the champion there was barely an ounce of media coverage her way. The headlines were all about Rousey, but Nunes was there to prove she was the queen. She did just that by stopping Rousey and never looking back.

From there she defended her title twice and added the UFC featherweight title to her mantel. This time people were hip to her skills. Dana White began to call her the greatest of all time and for good reason. She went on to defend both titles until she lost recently to Julianna Peña. Nunes is still at the top and will be working to get her lost title back later this year. 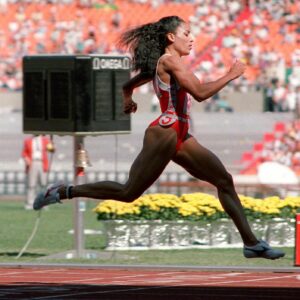 Florence Griffith Joyner aka Flo-Jo was at the top of the track and field game in the eighties. Unfortunately, she was unable to go to the Olympics that year because the United States decided to boycott that year.

Four years later she finally made her Olympic debut and took home the silver medal in the 200m. Knowing she could win gold, Griffith Joyner returned to the Olympic stage in 1988 and proved she was right. She took home three gold medals that year, the 100m, the 200m, and the 4x100m. She also won a silver in the 4x400m.

Despite her tremendous shoeing in the 1988 Olympic Games, the next year, Griffith Joyner retired from competitive running. With world records in the 100m and 200m, Griffith Joyner briefly talked about returning for a shot at the 400m world record, but by that time in 1996, she could not make the comeback.

Griffith Joyner may go down as one of the greatest female runners of all time. She, unfortunately, passed away at a young age in 1998 when she suffered a seizure while she was sleeping. 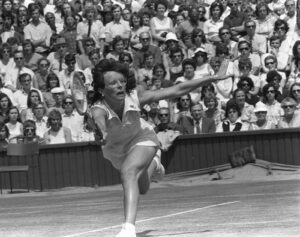 Billie Jean King is like the patron saint of female athletes. Aside from being a phenomenal athlete herself, she spent her life trying to make a better way for all women athletes. A lifelong advocate for equality in sports, King is probably best known for her win over male tennis star Bobby Riggs in the “Battle of the Sexes” in 1973.

King was born in California where she excelled at many sports. King had success in her professional career. She won a total of six Wimbleton titles, four U.S Open titles, and she won the French Open and the Australian Open once each. She will go down as one of the best female tennis players ever, but what most people remember is her win over Bobby Riggs.

Riggs was a chauvinistic man who decided to hold a “Battle of the Sexes” to see who was the better player, men or women. King was selected after her advisory Margret Court failed to beat Riggs. King beat Riggs and single handily started a women’s movement.

Title IX of the Education Amendments Act states: “No person in the United States shall, on the basis of sex, be excluded from participation in, be denied the benefits of, or be subjected to discrimination under any education program or activity receiving federal financial assistance.”