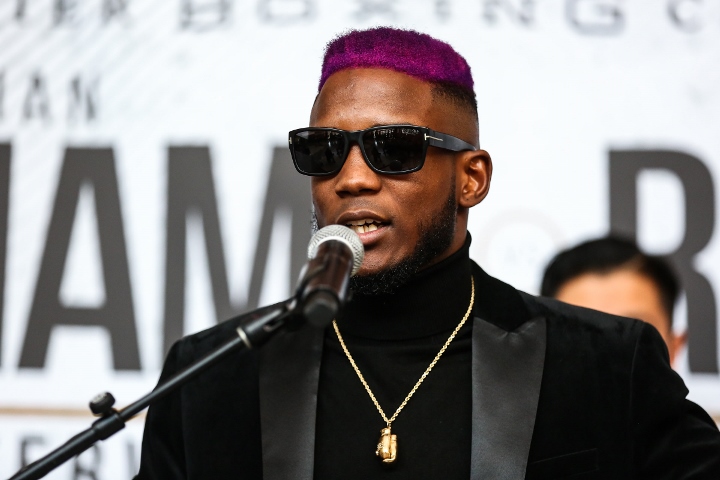 Superstardom appeared to be in the immediate future of Chris “Primetime” Colbert.

The Brooklyn native dazzled whenever he stepped foot inside the ring. And, equally so, grabbed headlines whenever a camera was present. As a result, in stepped late replacement, Hector Luis Garcia.

Though Colbert viewed Garcia as an insignificant bump on his path to a world title, Garcia proved to be an immovable roadblock. The 30-year-old from the Dominican Republican battered Colbert during the first half of their contest and nearly stopped him in the second half.

In the seventh, in particular, Colbert found himself flat out on his back for the first time in his career. For the duration of their bout, Colbert fought extremely defensively, refusing to engage with his man.

As the final seconds ticked off the clock, a visibly exasperated Colbert walked over to Garcia and raised his hand in the air to acknowledge that he was the better man. While it wasn’t the result Colbert was ultimately looking for, he readily admitted his faults but vowed to bounce back.

“I’m no b*tch,” said Colbert following his defeat at the Cosmopolitan in Las Vegas, Nevada. “I slipped up but I’ll get the setback. Bet on that.”

Still, even with his recent setback, a bombastic Colbert believes his future is as bright as ever. Normally, when presented with a microphone, Colbert has always screamed and shouted that he is “that guy.” Even now, regardless of finding himself on the wrong end of a one-sided beating, Colbert isn’t shying away from his bold claims.