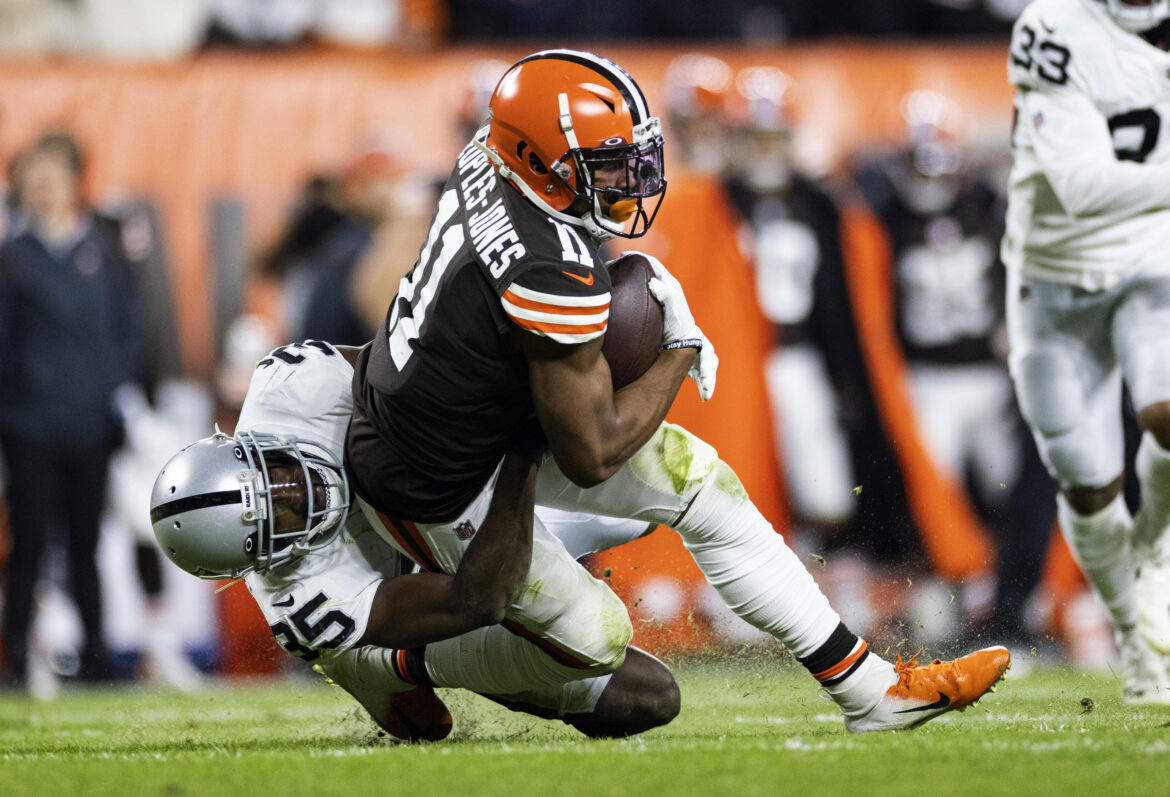 The game shouldn’t have been moved. The league is doing the Cleveland Browns a favor. These are just a few of the comments that were made by some around the league, mostly those associated with the Las Vegas Raiders.

With over 20 players on the COVID-19 list in Cleveland, however, the league had almost no choice but to move the game from its original Saturday night slate.

Even with a few extra days, very few players cleared the protocols needed to see themselves back on the active roster for Monday’s very important game. Quarterbacks Baker Mayfield and Case Keenum weren’t cleared, which left third-stringer and practice squad quarterback Nick Mullens as the starter. Other notable players that were unavailable due to COVID were running back Kareem Hunt and wide receiver Jarvis Landry.

Despite being short-handed, the Browns nearly pulled off an improbable victory in what was really a snoozefest of a game. Somehow, without much of a threat in the passing game and the running game being subpar, the Browns held the lead late, until Raiders kicker Daniel Carlson kicked the game-winning field goal as time expired.

While the Browns were short-handed, and it’s hard to kick someone while they’re down, they still have much to improve on. Individual players saw their stock with the team, both for the remainder of this season and the future, put in jeopardy, and some players that didn’t play saw their stock plummet due to the play of those out on the field. Here are three Cleveland Browns whose stock fell the most after their most recent loss.

For the second week in a row, Jamie Gillan makes this list as a player with falling stock, and it may very well be the last time you see him on this list, because he may not be a Cleveland Brown for too much longer.

For the second consecutive game, Dustin Colquitt filled in on punting duties for Gillan, who remains on the Reserve/Covid list for the second straight week. Colquitt was called out to punt seven times, netting an average of nearly 45 yards per punt, including putting two inside the 20. He even had one take a fantastic bounce and roll out at the one-yard line.

While the rest of the game was a real snoozefest, when Colquitt was on the field, he made it just a bit more exciting, because you knew a big kick was coming. That’s something that Gillan has struggled to do consistently this season, and is why he will likely find himself not returning to the active roster, even when he does return to full health.