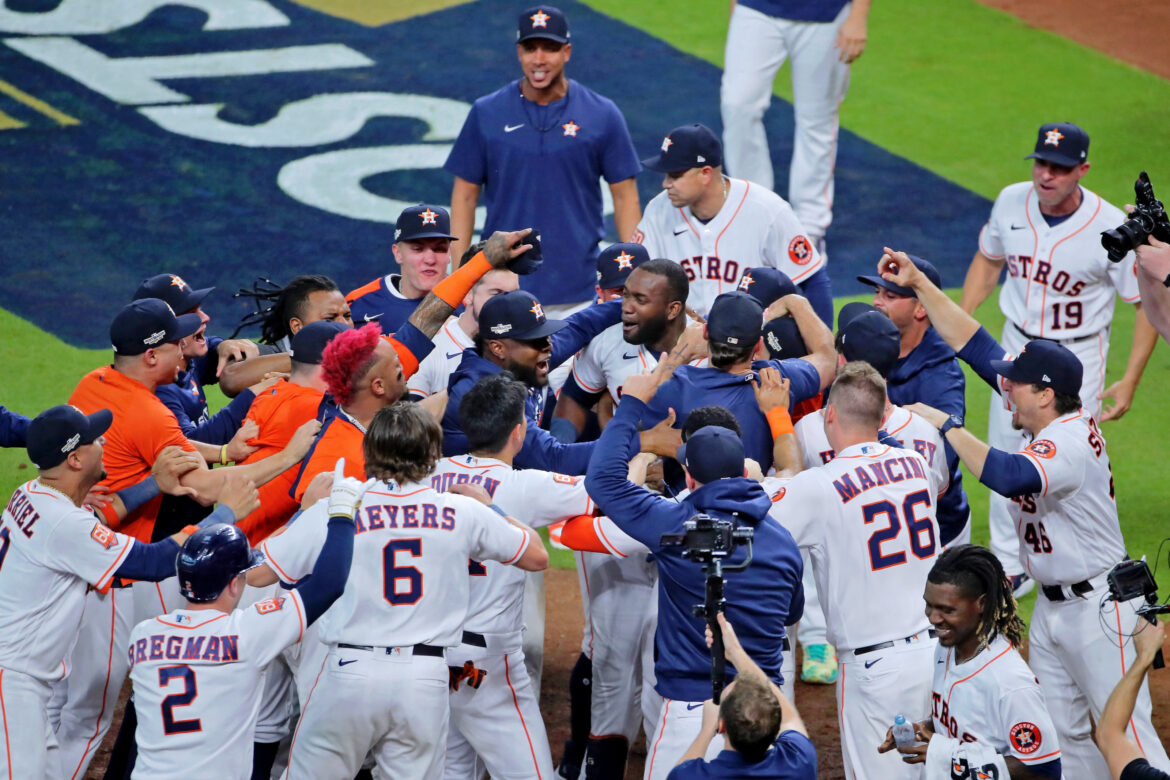 Down 7-5 heading into the ninth inning and trailing throughout the game, the Houston Astros earned the Game 1 ALDS win with a Yordan Alavarez home run on an 0-1 pitch from Seattle’s Robbie Ray, who had just entered the game to try to nail down the save in relief of closer Paul Sewald.

Alvarez, however, sent the Ray sinker 438 feet into the right field stands, becoming the first player in MLB postseason history to hit a walkoff home run with his team trailing by multiple runs.

It was a team win

While Alvarez will be on the highlight reels with the walkoff shot, Houston starting pitcher Justin Verlander made sure in postgame comments to highlight the players who got on base in the ninth inning to provide the winning runs on the Alvarez homer.

“I think not to go overlooked here is the first playoff at-bat for (David) Hensley and him drawing a walk. (Jeremy) Peña staying on a slider and hitting it back up in the middle. What an at-bat that was from a rookie in the biggest at-bat of his career,” Verlander said. “Obviously Yordan is one of, if not the best, hitters in baseball, doing what he does, so Yordan’s going to get all the credit on this one. But us here in the locker room, even after the game, we made sure to mention those guys.”

Peña’s single just before Alvarez came to the plate was his only hit in a 1-for-5 postseason debut.

“That’s what makes this team so special,” Verlander said. “It’s not just one person. It’s top to bottom, all guys.”