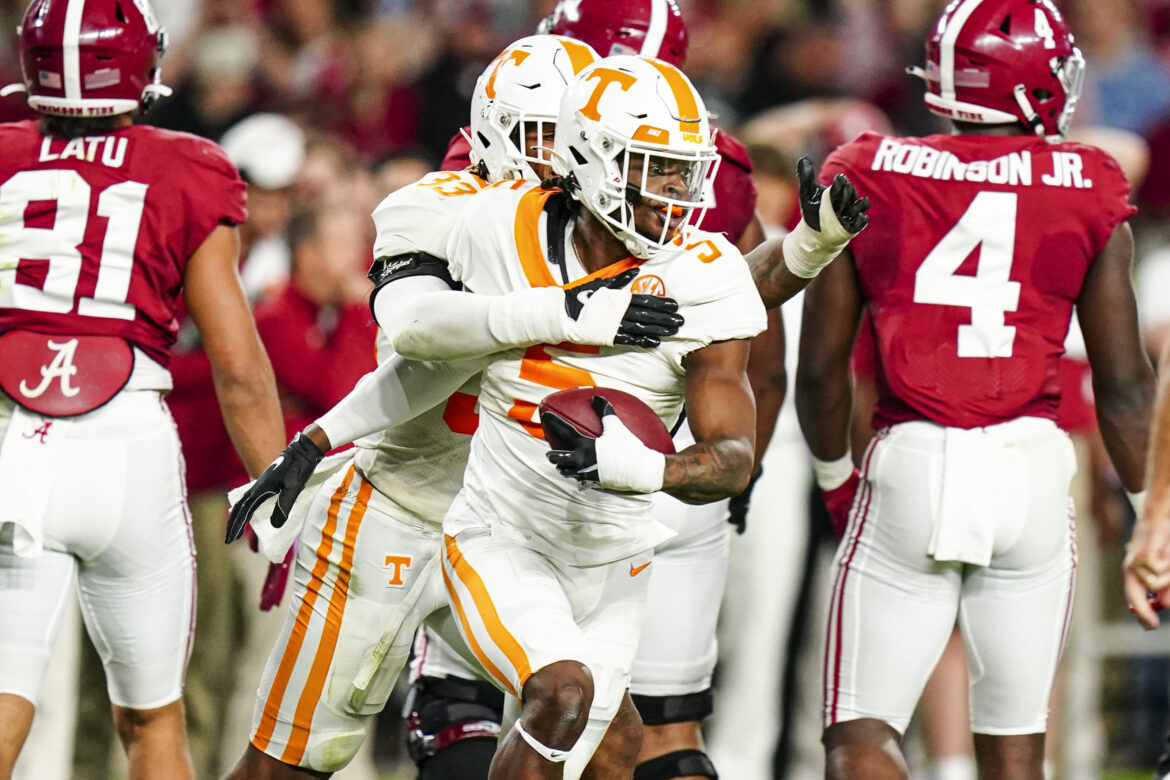 With the college football world colliding in Knoxville on Saturday, this year’s Third Saturday in October between No. 3 Alabama and No. 6 Tennessee is about to be absolutely electrifying.

This cross-divisional rivalry is tradition-laden and one that SEC football is largely built on. From lengthy winning streaks on both sides and its victory cigars, it is a rivalry as controversial as it is captivating. Although Alabama leads the rivalry 58-38-8 all time, the Crimson Tide have won a series best 15 in a row over the Vols. Saturday is Tennessee’s best chance at a win since 2006.

Not since 1998 have the Volunteers been undefeated heading into this major SEC rivalry game.

Third Saturday in October: Alabama vs. Tennessee is biggest game in decades

Historically, Alabama is Tennessee’s biggest rival, while the Vols are the Crimson Tide’s biggest foe outside of the Auburn Tigers. Along with the Deep South’s Oldest Rivalry (Auburn-Georgia), the Third Saturday in October were the primary reasons why cross-divisional rivalries were created in the first place in the SEC once Arkansas and South Carolina joined the league way back in 1992.

The winner of this game will be viewed as potentially the favorite to win the SEC and make the College Football Playoff. Tennessee still has to play division rival Georgia on Nov. 5, and one would think Alabama would meet the winner of that game in Atlanta for the SEC Championship Game. Although the Vols have looked dominant this season, Alabama is still Alabama for a reason, gang.

Ultimately, we have seen the Crimson Tide lose games, or nearly be upset on multiple occasions, over the last year and a half. Texas and Texas A&M nearly brought them to the brink this season. Arkansas also made its presence felt the week prior in Fayetteville. While Tennessee still has to prove itself, Josh Heupel’s offense is explosive and balanced. With it being at home, they can do it.

If the Vols beat the Tide, they will go into the top three, possibly challenge for the AP’s No. 1 spot.