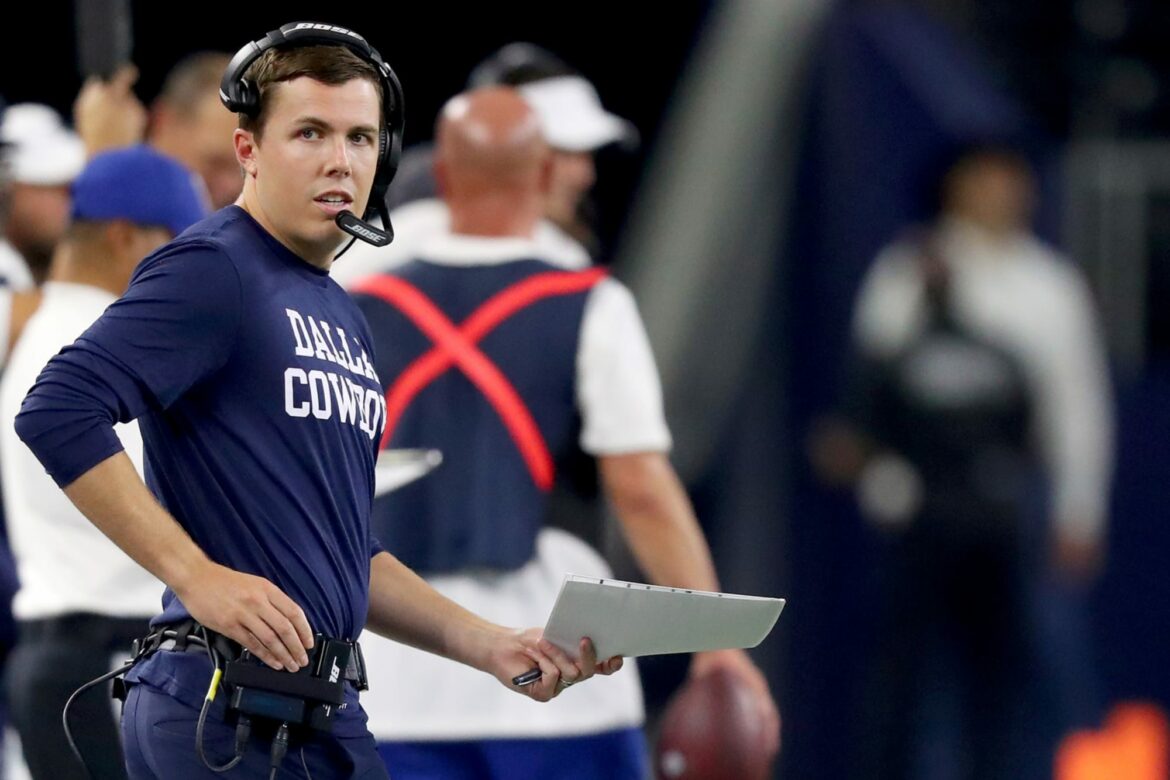 Before the season, Ezekiel Elliott told reporters that Kellen Moore’s No. 1 goal this year is to become the No. 1 offense — and so far, the Cowboys are off to a pretty good start.

A year of rehab healed quarterback Dak Prescott, who believes he’s playing the best football he’s ever played. It’s hard to argue otherwise when Prescott only had five incompletions on 26 passes, resulting in 238 yards and three touchdowns in a dominant 41-21 victory.

Prescott isn’t the only offensive player to bounce back: Ezekiel Elliott finally bounced back into fantasy football relevance with 95 rushing yards and two rushing touchdowns.

While Prescott and Elliott deserve their massive contracts, it’s also a credit to Moore, the phenomenal coordinator who’s made the dynamic offensive play possible. The Philadelphia Eagles even had a chance to hire Moore and chose Nick Sirianni instead, a decision that surely stung after last night’s loss.

The 33-year-old Moore has plenty of time to get the head coaching gig, but he’s already qualified enough to lead four losing NFL franchises out of the mire.

Here are four 0-3 teams that could use a little Kellen Moore magic sprinkled into their playbooks.

It’s been three years since Frank Reich arrived in Indianapolis, and the post-Andrew Luck years haven’t been kind to him.

While Wentz has improved on the Colts offense over the Eagles one, Colts fans have pointed out that Reich has an issue with ignoring his best players.

After a close 27-24 loss to the Los Angeles Rams, Reich was criticized for not using his receiving weapons in Michael Pittman Jr. and Zach Pascal.

Hot take: Frank Reich should consider throwing to one of his two 6’5″+ receivers in the red zone some time. Even just once.

If Reich continues to fail with what he’s got, Moore could easily come in and make this a playoff-contending team with a little work.

There’s not enough hyperlinks in the world to cover everything that’s wrong with Matt Nagy’s Bears, but the head coach that is hogging the headlines is one of the top candidates for the first NFL coach to be sacked this season.

We all knew the Bears were gonna lose this game. The point was to begin the development of Justin Fields and see if Matt Nagy is a good offensive coach. I think we know about Nagy.

While Buffalo Bills offensive coordinator Brian Daboll is another capable Chicago candidate, Moore’s performance demonstrates that he too is able to utilize the offensive weapons at his disposal. One of the biggest critiques of Nagy is that once he actually started Justin Fields, he exposed him to the NFL without allowing him to make use of his best talents.

For as long as Bears fans have waited to see Fields hit the field, misusing his abilities enraged a fanbase that wants Nagy gone yesterday. Chicago would welcome Moore with open arms if he can make Fields the next Prescott.