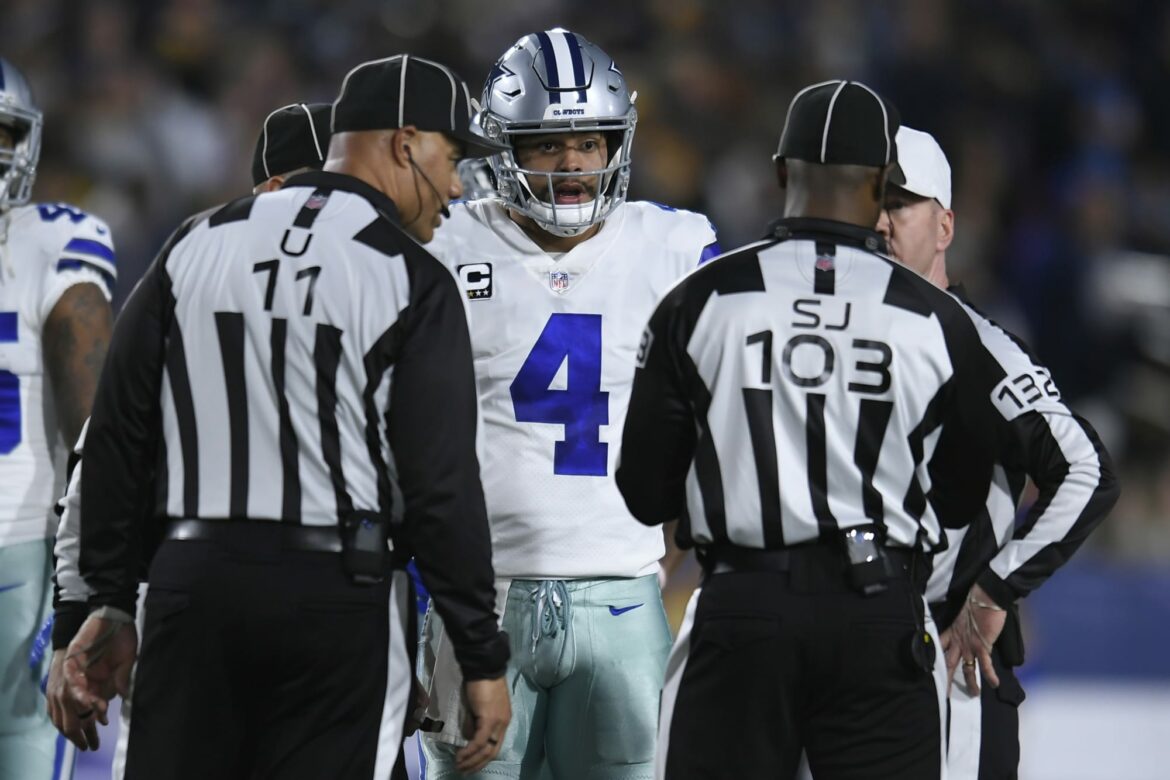 After making a surprise appearance in Week 2, the NFL’s new taunting rule all but disappeared seven days later. Seems like officials got the message.

A sport predicated on physical contact is bound to have a little bit of boasting after the fact. The league’s finest — as in those at the top who get to make such changes — obviously let it be known that their experiment to take the “fun” out of NFL failed miserably.

And that’s okay. We’d prefer change to stubbornly sticking to their guns. Roger Goodell and Co. didn’t call much taunting at all Week 3, headlined by what can only be described as hilarious bragging after Rob Gronkowski left the Bucs-Rams game with a rib injury.

Nope! Dance away, fine sir. If Gronk can get away with repeated spikes in the end zone, then he has to deal with defenders dancing on his grave. This is NFL Blitz, personified.

But that doesn’t make the list of worst calls of the week, because it shouldn’t be taunting. In fact, taunting shouldn’t exist unless it’s egregious and over the line.

Another complaint from Sunday that JUST missed the cut was a so-called missed pass interference on the Chiefs final Hail Mary in a loss to the Chargers. You be the judge.

Every Hail Mary is just a jumbled mess of bodies, anyway. In what world can an official feel confident enough to make that call? And do we really want pandora’s box opened?

I’m sorry, Kansas City. While there’s an argument to be had — one that features Terry McAulay, I’ll add — it’s not enough to warrant such a call in a big moment. That would’ve been peak Chargers. Never go peak Chargers.

Ravens: Lamar Jackson can take as long as he wants

To be clear — the Lions suck. They’re among the worst teams in the NFL and were constructed to be exactly that bad. This is not a defense of Detroit football.

However, Justin Tucker’s record field goal should’ve been an even longer attempt, as Lamar Jackson got away with a clear delay of game just plays before. Look for yourself.

Tucker’s accomplishment was undoubtedly an incredible one. It’ll go down in the record books for a reason, and the Ravens were the better team on Sunday. Heck, Hollywood Brown didn’t do Jackson any favors with his case of the drops (I would know, he’s on my fantasy football team).

That being said, the clock shouldn’t be ignored. Either the play clock was wrong, and officials should’ve stopped live action, or the refs made a clear error in judgement. I’ll go with the latter.