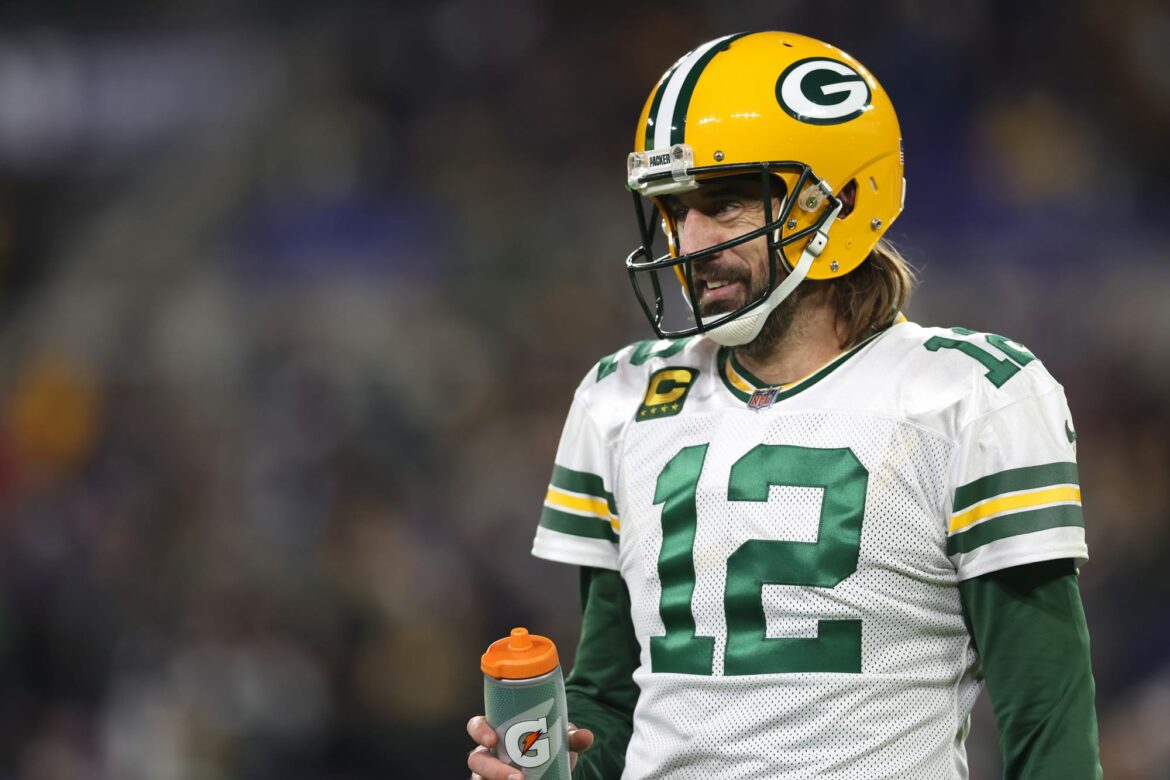 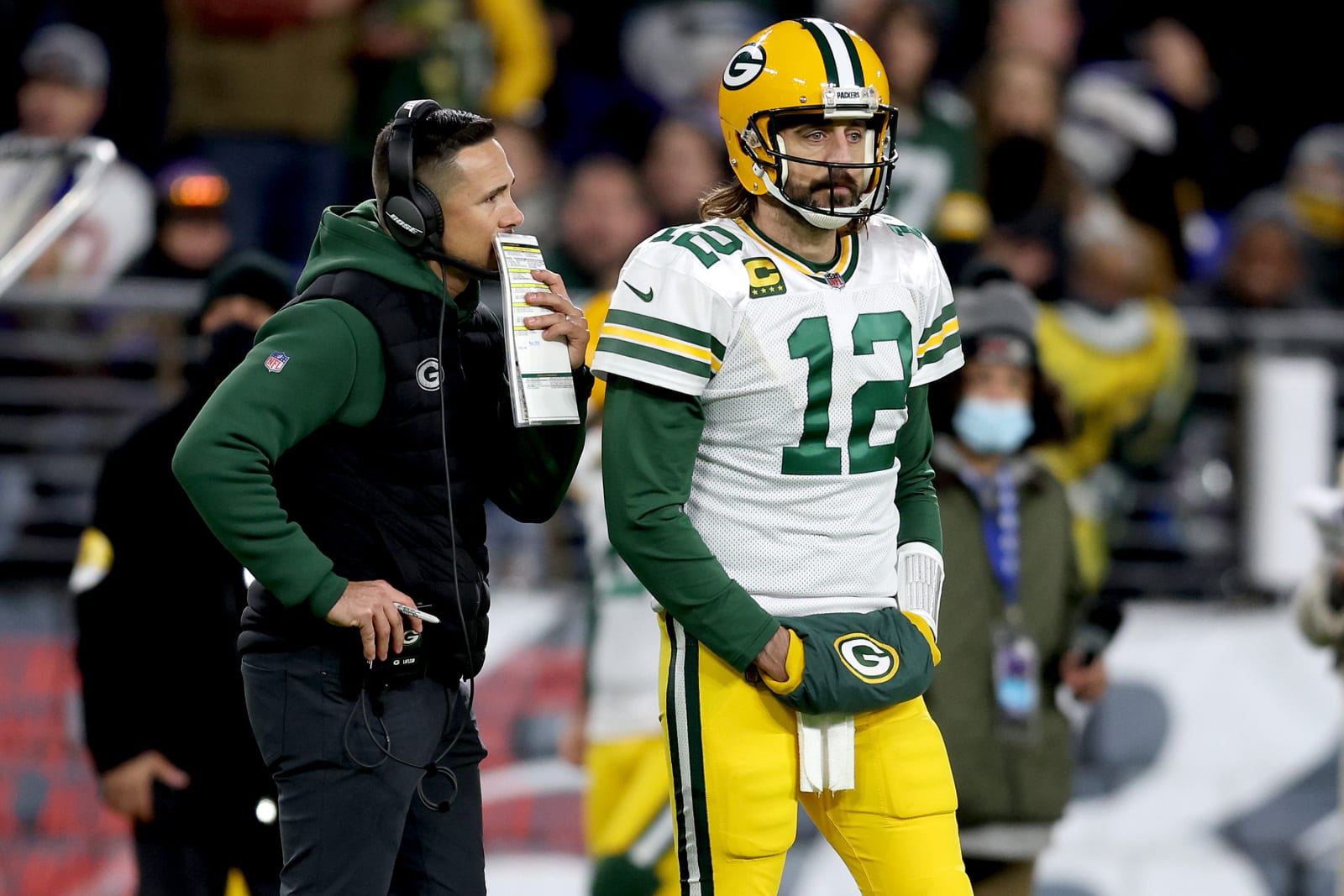 BALTIMORE, MARYLAND – DECEMBER 19: Head coach Matt LaFleur of the Green Bay Packers talks to Aaron Rodgers #12 during the fourth quarter of the game against the Baltimore Ravens at M&T Bank Stadium on December 19, 2021 in Baltimore, Maryland. (Photo by Patrick Smith/Getty Images)

Aaron Rodgers led the Packers to a narrow victory over the Ravens last week. Here are five bold predictions on how Green Bay will fare against the Browns.

Last week’s 31-30 victory over the Ravens was far from a work of art for the Packers. Defeating Baltimore sans Lamar Jackson should have been easier for Green Bay. Instead, they required heroics from Aaron Rodgers to score the narrow win.

The good news for Packers fans is that Rodgers is almost always capable of conjuring magic when the situation calls for it. This Saturday’s game against the Browns might be another occasion when Green Bay needs stellar play from its star quarterback.

Cleveland faces a lot of potential COVID challenges heading into the weekend which could force Kevin Stefanski to make a lot of lineup changes. If the Browns are close to full strength, they have the talent to give Green Bay fits.

5. Mercedes Lewis will score a touchdown

The Browns have one of the best cornerback groups in the NFL. Denzel Ward is a star on one side of the field and Greg Newsome is giving Cleveland solid play as well. Throw in Greedy Williams as a backup option and it’s easy to see how Green Bay’s receivers will be challenged this weekend.

Cleveland’s safety group isn’t as talented. That’s why Mercedes Lewis is such a good bet to find the end zone. He’s a big body who can give Rodgers a quality receiving threat in the red zone. He won’t rack up a ton of yards this week but he’s got a great chance to score six points.