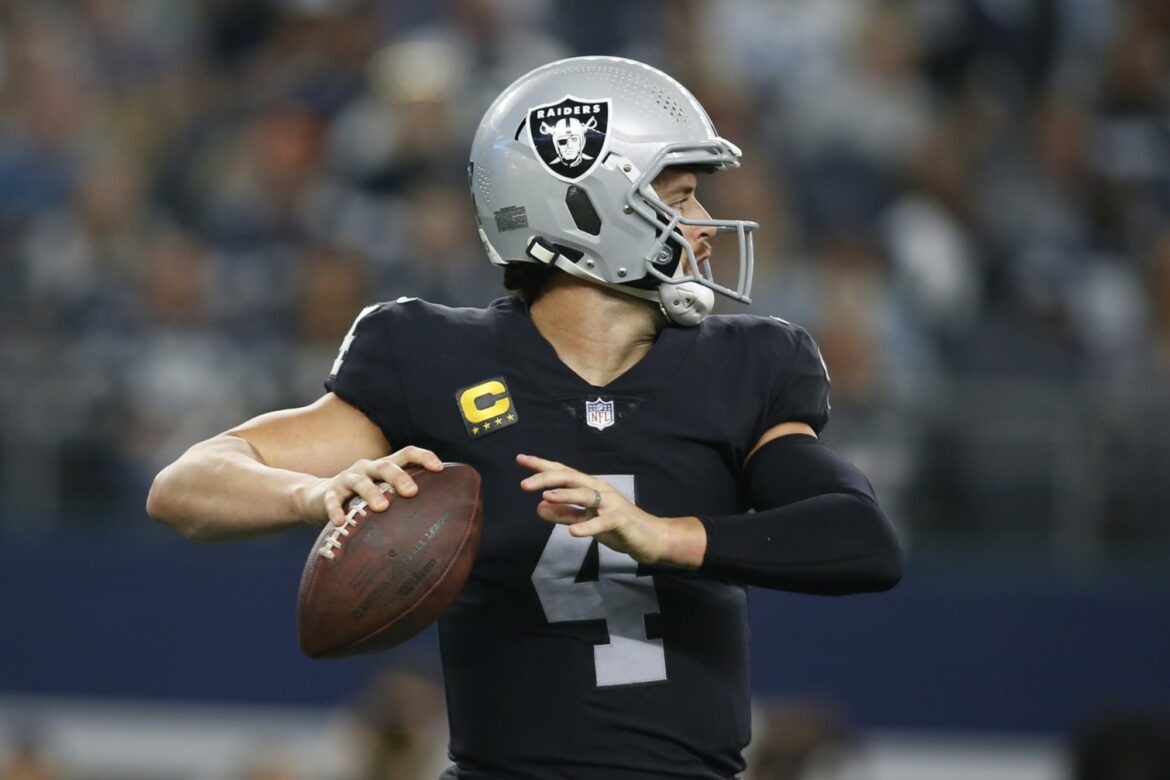 The Las Vegas Raiders look to get to 7-5 on the year when they host the Washington Football Team.

Somehow, someway, the Las Vegas Raiders are still very much alive in the AFC playoff race.

The Silver and Black stopped their three-game slide by beating the Dallas Cowboys in their place in overtime on Thanksgiving Day. While Dallas has had a rough go of it of late, perhaps the Raiders have turned a corner heading into the December slate? They are only a game back of the Kansas City Chiefs in the AFC West standings and would vie for the last AFC Wild Card spot in otherwise.

With the Washington Football Team coming to town, here are five bold predictions for the Raiders.

5. Hunter Renfrow leads the team with a staggering 10 receptions

Wide receiver Hunter Renfrow is coming off easily his best game of the season. Quarterback Derek Carr went to him all afternoon in Week 12, as he had a game-high eight catches for 134 yards. Though he did not hit pay dirt, Renfrow was a massive reason why Carr and the Raiders offense put up 36 points on Dan Quinn’s are we sure they are improving Cowboys defense.

While Renfrow could end up with his fifth receiving touchdown this season vs. Washington, look for him to once again lead the way with a staggering 10 receptions on the afternoon. If that is the case, look for him to have back-to-back 100-yard receiving games. This would put him well over 750 on the season and within reach of the 1,000-yard threshold for the entire 2021 campaign.

For this to happen, Carr is going to have to sling it over 40 times. Should the Raiders take a commanding lead over Washington, that might be an issue with interim head coach Rich Bisaccia going ground control to grind out a Week 13 win. Getting to 7-5 is the goal everybody in Las Vegas should be hoping for. However, leaning on Renfrow in the receiving game early will be crucial.

Look for Renfrow to have around 115 reeving yards on his 10 catches and maybe a touchdown.