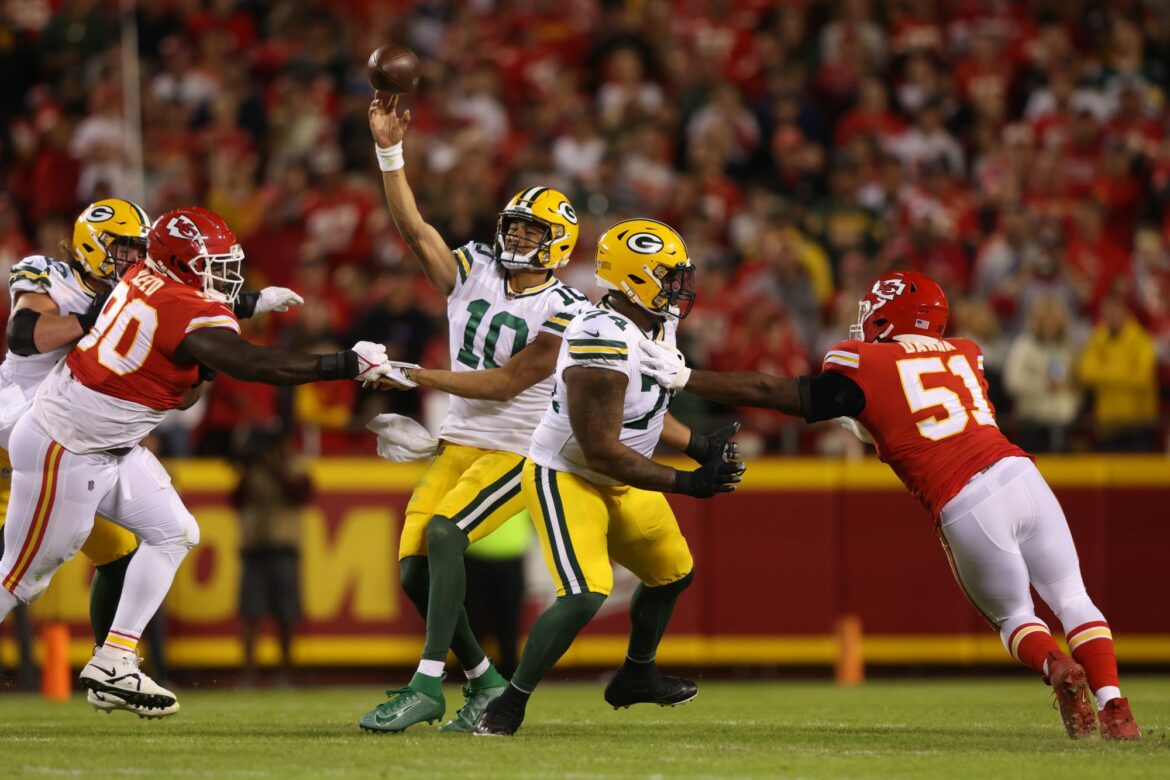 Aaron Rodgers sat down with Pat McAfee and gave his thoughts on how Jordan Love did in his first start with the Green Bay Packers.

For the first time in his NFL career, Jordan Love got the ball.

What ensued was a slugfest that almost ended with him pulling off an incredible road upset over the Kansas City Chiefs. But all anyone could talk about was the reason Love was starting last Sunday, not the fact that he was.

Aaron Rodgers testing positive for COVID-19 and then showing his entire unvaccinated ass to the world in a 46-minute rant on The Pat McAfee Show dominated the situation. Because Rodgers wasn’t vaccinated, he was forced to sit out Sunday’s game, which meant it was on the shoulders of Jordan Love to lead the Packers into Arrowhead and try to remain atop the NFC playoff picture.

That didn’t happen, but Aaron Rodgers isn’t piling on the criticisms of his teammate the way some others are.

“I’m proud of Jordan [Love] and the way he battled,” Rodgers said. “I thought he hung in there and played tough and made some really good throws.”

Not everything Rodgers had to say was positive. When it came to the special teams blunders that ultimately made a significant difference in the outcome, Rodgers was less kind.

“Special teams was not special,” he said. “With a couple things cleaned up, that game looks a little different.”

It’s a little misguided to say that Rodgers is blaming Mason Crosby and the special teams unit for the loss, but those are also dots that connect themselves.

He’s not wrong either. The Packers hit a rhythm late in the game on Sunday, and had the special teams unit not left six points on the field from missed and blocked field goals, the situation in the fourth quarter is very different.

Green Bay had Kansas City on the ropes, there’s not other way to put it. The Chiefs have been abysmal the last few weeks, misfiring on offense and lacking that special charm that usually works out in their favor. We saw one fleeting glimpse of that magic on the game-winning first down pass to Tyreek Hill, but had the Packers not left a touchdown-worth of points on the field in the first half, that throw to Hill is a desperation move by the Chiefs and not a checkmate.