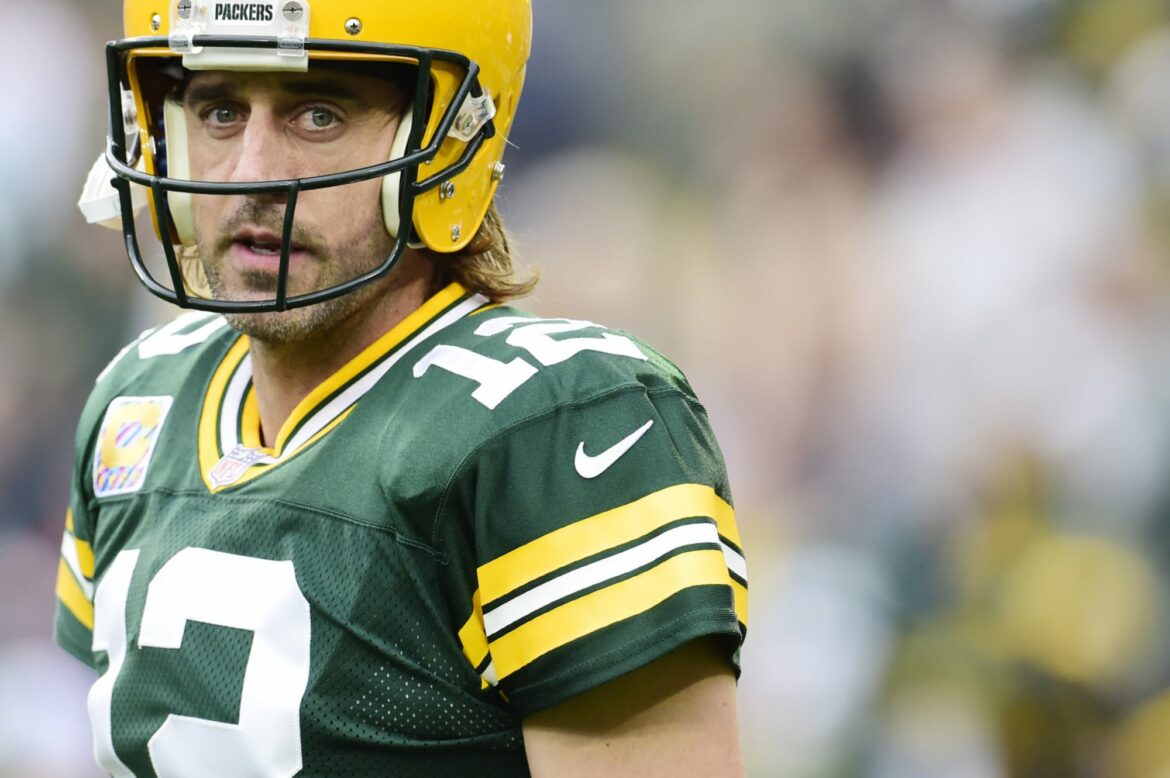 It’s what Mike Tomlin seems to be thinking these days as the NFL world stokes the flames of forbidden love. In the media, Packers quarterback Aaron Rodgers and Steelers coach Mike Tomlin are continuing the back-and-forth banter that insinuates a possible Rodgers move to the Steelers.

Rodgers and Tomlin had been complimenting each other before and after their Week 4 matchup, effusing respect for one another as elite men in their respective fields.

Could the Steelers trade for Aaron Rodgers?

The compliments continued into Tuesday, when Rodgers joined the Pat McAfee Show for his weekly segment, Aaron Rodgers Tuesday. During the segment, Rodgers delved further into why he respects Tomlin so much, calling himself a big fan of the coach.

“I’m a big Mike Tomlin fan,” Rodgers said. “I have been for a long time. I like the way he speaks about his team. I like the way that he goes about his business. I like his confidence. I’ve heard nothing but good things from guys that have played there. I like Mike Tomlin, and I like that he called that timeout. We tried to catch them with 12 guys on the field. He was kind of smirking about it. I respect that.”

Rodgers was referring to the moment in Week 4 when he tried to snap the ball before the Steelers had finished making substitutions. Tomlin recognized what Rodgers was doing and called a quick timeout, but not before he gave Rodgers a knowing glance that said, “Hey, I see what you did there.” Rodgers looked back, smiled and nodded as the two greats recognized the game each of them brought to the table.

Mike Tomlin on this moment and this look with Rodgers:

“It’s chess, not checkers. If you’re a competitor, you love being in that environment. You love pitting you skills and talents and preparedness versus people like those guys led by a guy like that guy.” https://t.co/v6MkwyEA4I

The look wasn’t lost on NFL fans, who quickly gave meaning to why Rodgers and Tomlin might be so kind towards one another even as opponents.

Aaron Rodgers looking at Mike Tomlin how a woman looks at a dude in the club when she got a man but knows it’s gonna be over soon.. 👀👀

While the public affection between Rodgers and Tomlin is fueling endless jokes on Twitter, the reality that Rodgers’ respect for Tomlin could translate to a transition to the Steelers would be a game-changer for the AFC North franchise. Currently sitting at the bottom of their division, the Steelers are suffering from the declining performance of Ben Roethlisberger. Rodgers is only two years younger and could be nearing the 40-year-old cliff himself soon, but not before he’d offer the Steelers a real chance at another championship.

Rodgers did say that he’s not “angling for an offseason trade” with the comments, but Steelers fans are holding out hope for a happy ending for the Steelers and Mr. Rodgers.