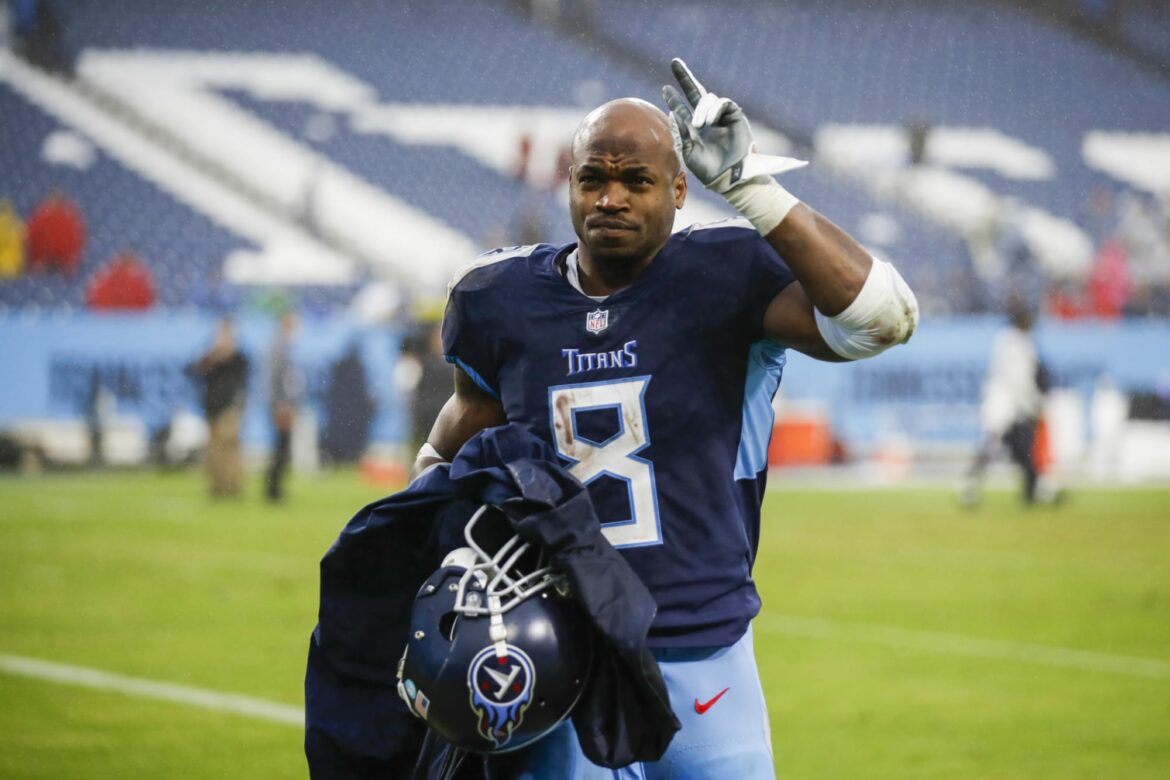 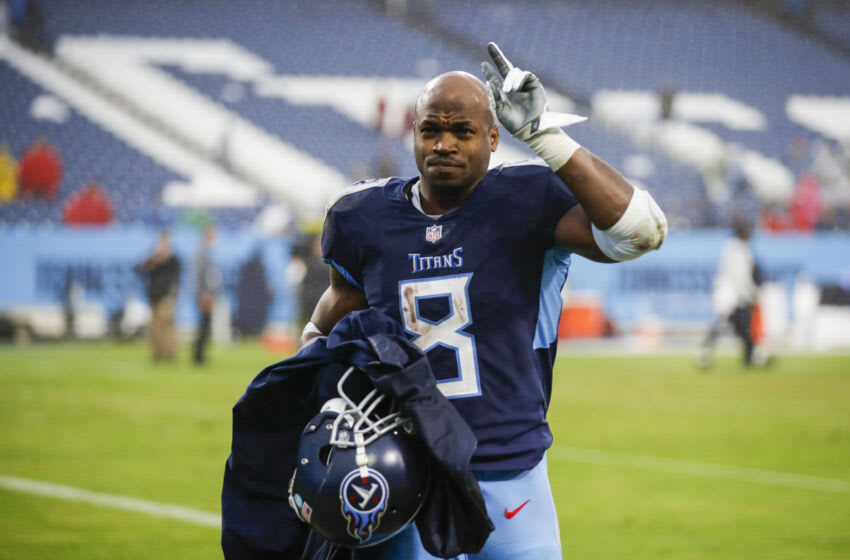 NASHVILLE, TENNESSEE – NOVEMBER 21: Adrian Peterson #8 of the Tennessee Titans waves as he runs off the field after the game against the Houston Texans at Nissan Stadium on November 21, 2021 in Nashville, Tennessee. (Photo by Silas Walker/Getty Images)

Despite Adrian Peterson joining the Seattle Seahawks, his dad is not happy the Minnesota Vikings didn’t come calling.

While it looked like the career of sensational running back Adrian Peterson was coming to an end with the Tennessee Titans releasing him, he’s been given another shot. Earlier this week, Pete Carroll announced that the Seattle Seahawks had signed him to the practice squad.

While Peterson isn’t on the 53-man roster, he could make his way up sooner than later. Peterson will be ready to earn his shot, but that doesn’t mean people aren’t thinking about other spots he could have landed with. If you ask Peterson’s dad, it’s a slap in the face that the Minnesota Vikings didn’t try and get something done.

“That’s disappointing to me,” the elder Peterson said via Chris Tomasson of the St. Paul Pioneer Press. “He never heard anything from the Vikings and you go in and bring in a guy Adrian beat out in Detroit.”

The fact that Minnesota didn’t even consider Peterson to come in and join the team was a major disappointment for the Peterson clan. Peterson will go down as one of the best running backs of his generation.

He’s got nearly 15,000 career rushing yards to his name. No one has forgotten about his brilliant playing days with the Vikings from 2007-2016. He was a First-Team All-Pro selection with the Vikes four different times. During his days in Minnesota, he rushed for 11,747 yards and 119 touchdowns.

With him hitting free agency recently, it’s clear he was hoping the Vikings would bring him back, especially with them dealing with injuries too. That didn’t end up happening and now Peterson’s pops is furious about things. Yikes.