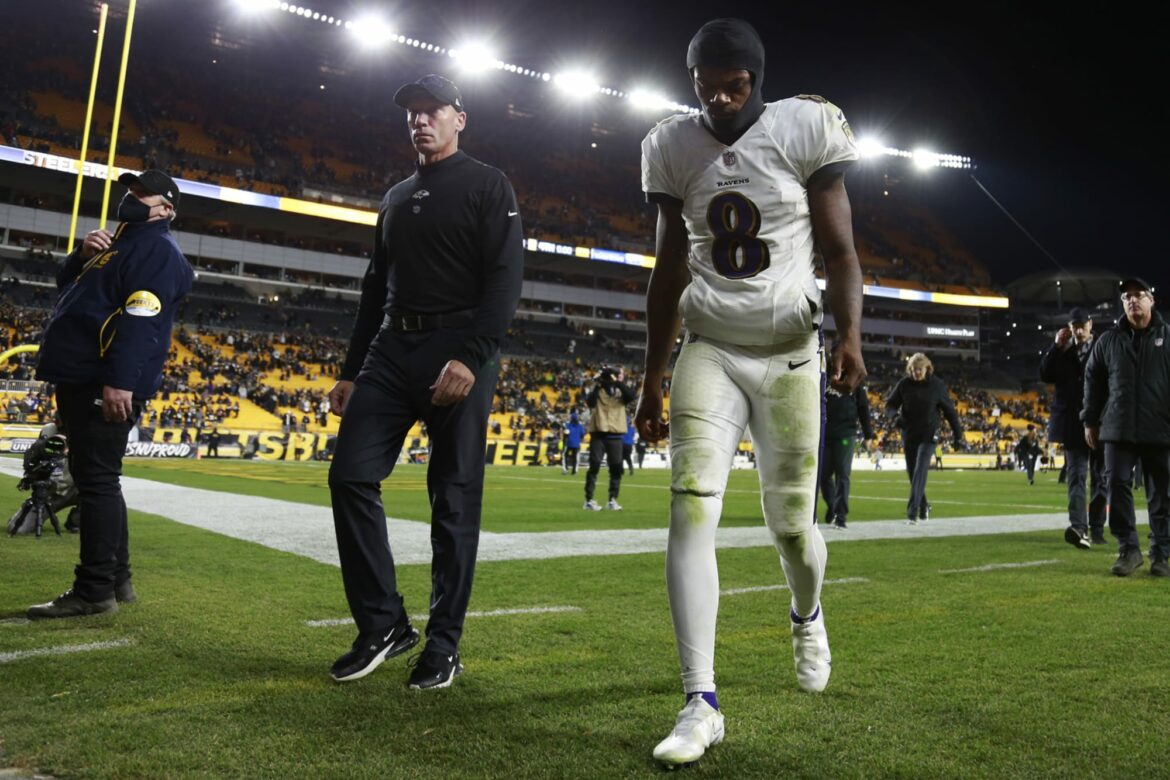 Here is how the AFC Playoff Picture looks following the Baltimore Ravens’ huge loss to the Pittsburgh Steelers in Week 13.

Week 13 is almost in the books and the AFC standings have shaken up. The Baltimore Ravens losing 20-19 following a failed two-point conversion, and with the Las Vegas Raiders losing 17-15 to the Washington Football Team.

If the 2021 season were to end today, here is how the AFC Playoff Picture would look.

The New England Patriots now are the top seed in the AFC, thanks in part to the Ravens. Baltimore was down 20-13 in the closing minutes, but quarterback Lamar Jackson worked his way down field and hit Sammy Watkins in the end zone for the game-tying touchdown. Instead of going for the extra point, head coach John Harbaugh went for two. Jackson attempted a pass to a wide open Mark Andrews, but he dropped it.

Las Vegas is now falling further and further out of the crowded playoff picture. The team did hold a 15-14 lead, but it disappeared after a game-winning, 48-yard field goal by Brian Johnson. The Raiders have now lost four of their last five games.

Matchups if the NFL started today after Week 13

Here’s what the NFL Playoffs would look like on the AFC side of the bracket if the season were to end today.

This season, much like last year, seven teams will be eligible to make the NLF Playoff from each conference.