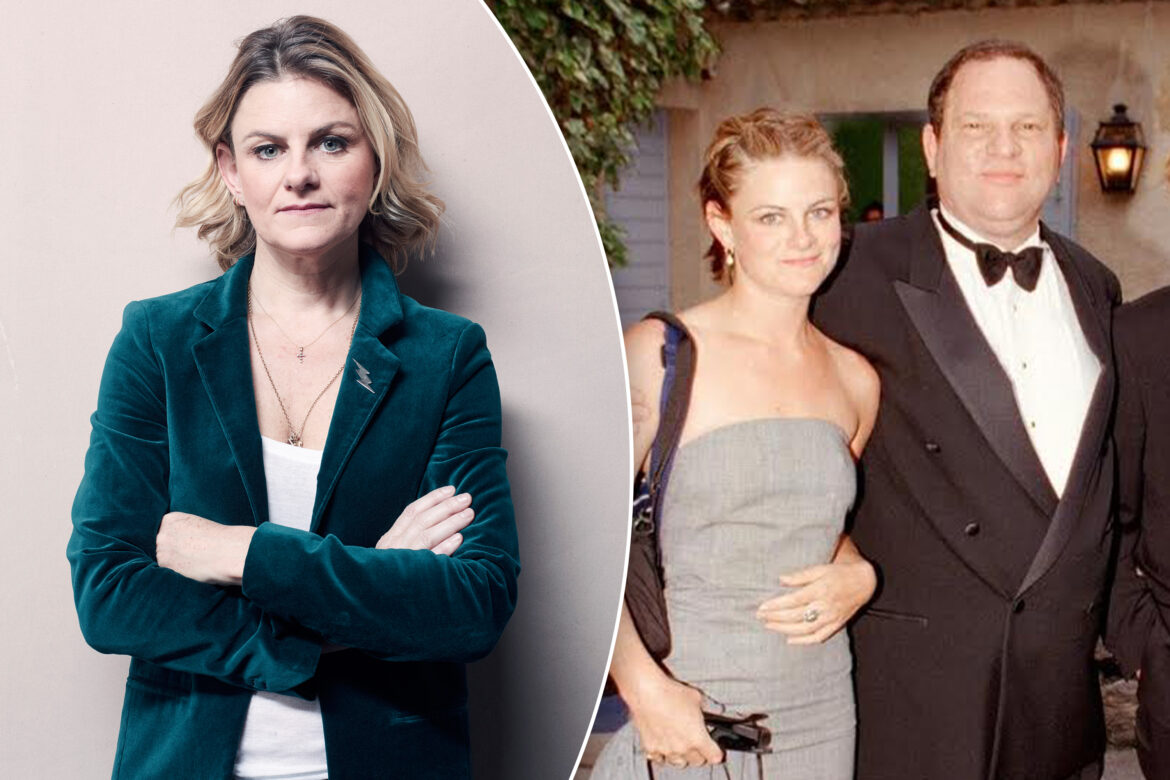 Sitting inside a London boardroom, Zelda Perkins could almost hear the attorneys’ sighs of relief when she signed the non-disclosure agreement (NDA) stating she would never talk about the horrors she had seen at the hands of her boss, Harvey Weinstein.

It was 1998 and Perkins and her co-worker Rowena Chiu, both 24 and UK-based assistants to the Miramax movie mogul — who would be jailed in 2020 for multiple sex crimes — were signing away their right to ever talk to anyone about his attempted rape of Chiu a few months earlier.

“They [our lawyers] let us sign an agreement that would kill our lives and take our voices away,” Perkins told The Post. She was not allowed to talk about the experience with her family, a therapist or even Chiu.

“The NDA killed our careers — we each had to leave the country because we couldn’t get work — and changed the course of our lives,” Perkins said.

Harvey Weinstein (center) with his then-assistant Zelda Perkins at Cannes in 1998.Alan Davidson/Shutterstock

It also led to Chiu trying to commit suicide.

Now, 23 years later, Perkins has become a vocal advocate for a global campaign to end NDAs so that others can’t be gagged in a similar manner.

The initiative, Can’t Buy My Silence, which Perkins launched in September with co-founder Julie McFarlane, who was sexually abused by a vicar in England, aims to stop bosses and HR departments from including NDAs in employment contracts.

Last month, California governor Gavin Newsom signed an act meant to protect employees who speak out about harassment, no matter if they have signed an NDA.

“[NDAs] protect the powerful,” said Perkins, who now lives in the county of Wiltshire in her native Britain. “And it’s not just the Weinsteins and Jeffrey Epsteins, it’s your manager at the McDonalds franchise who abuses you or your boss who abuses you as a domestic worker.”

NDAs first became commonplace in the 1990s, as firms were desperate to avoid litigation and damage to their reputation caused by whistle-blowers. Perkins believes the average person dutifully signs them when they’re hired to a new job, usually without reading the small print. 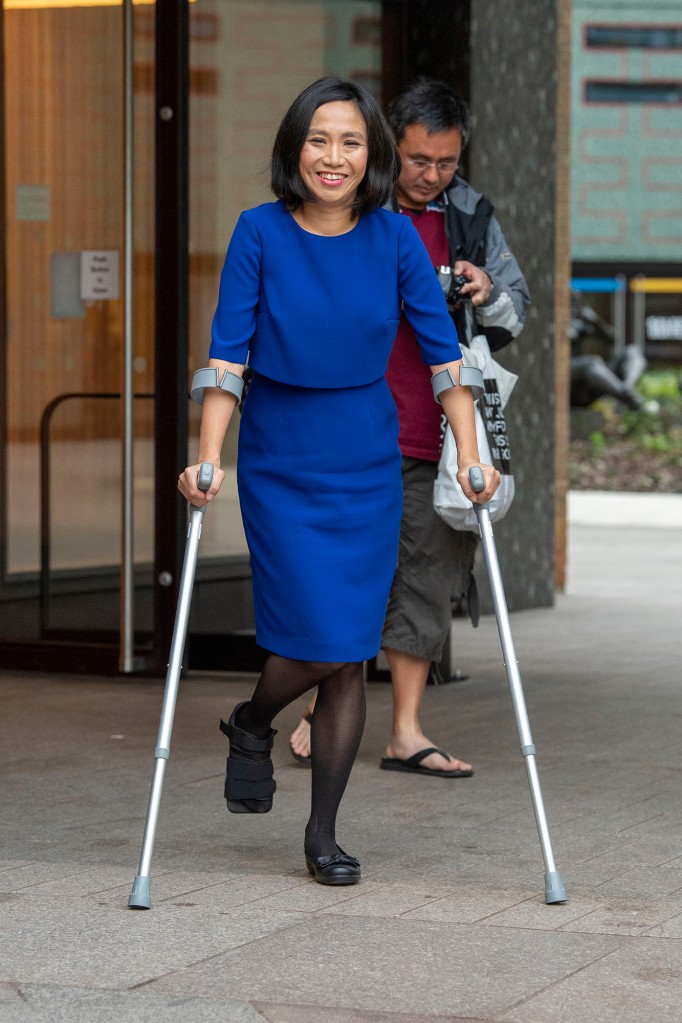 Rowena Chiu, a former assistant to Harvey Weinstein, has said that he attempted to rape her.GC Images

She added: “We can all shout and scream and throw stones at the ogre, but that’s a distraction. The real issue is the system that uses NDAs as a legal tool to keep people quiet.”

Perkins had been Chiu’s manager for only a month in 1998 when, during the Venice Film Festival, the traumatized young woman came to her for help one morning — saying what had taken place the night before.

“She was in the most terrible state,” Perkins recalled. “She didn’t articulate exactly what happened. But she made it clear that she had been assaulted.”

Incensed, Perkins immediately confronted Weinstein, who swore “on the life of his wife and children” that nothing had happened between him and Chiu.

A few months later, during the signing of the NDAs, Weinstein “basically made an apology to us and basically admitted his guilt,” Perkins said. Both women quit their jobs before the ink on their signatures was dry.

The document had stated that Perkins and Chiu, who were each paid $170,000 for their silence, could only see a therapist if the expert would also sign an NDA with Miramax.

“No therapist or psychiatrist I approached would agree to sign an NDA about something they didn’t know,” Perkins recalled. “They felt that their professional code of [doctor-patient confidentiality] would suffice.”

Perkins and Chiu insisted that certain clauses were included in their agreement, such as Weinstein getting therapy and never again being allowed to travel alone with a female assistant. They later found out that none of the agreed-upon provisions were followed through.

“Without NDAs, Harvey would have been brought to justice long ago,” said Perkins, who now has a successful career as a theater producer in London and New York. Her exit from the movie business happened after potential employers heard “rumors” about her departure from Miramax. She moved to Guatemala and worked training horses for six years.

“The real damage of an NDA happens … after you’ve signed it,” Perkins said, explaining that she felt “depressed and exhausted” once the deal was done.

The situation was even worse for Chiu, who has said that, under the pressure of her NDA, she twice tried to take her own life. 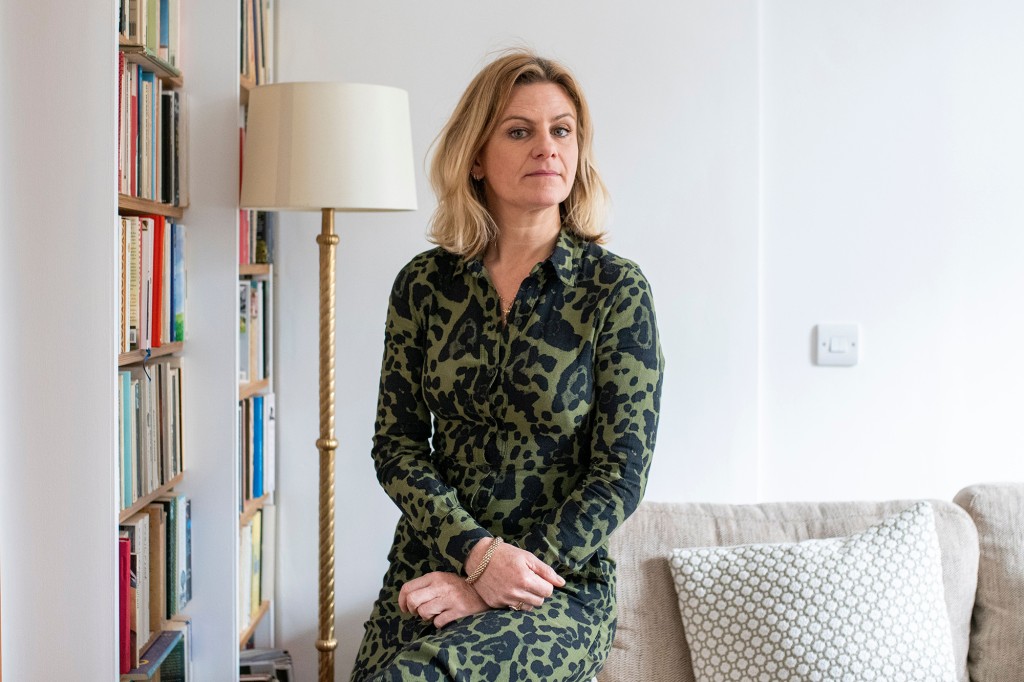 Perkins is now a theater producer in the UK.Geoff Pugh/Shutterstock

Perkins, who has spoken to hundreds of other NDA signatories as part of her activism, said Chiu’s pain is not uncommon. As recently as this week, Perkins was in touch with an abused worker who’d attempted suicide after being “forced” into signing an NDA. “She had no choice because of the complete power disparity,” Perkins said.

She and Chiu found the courage to break their NDAs after Weinstein’s predatory ways were exposed in the wake of the #MeToo movement.

“I’m very glad that Harvey has been sent to prison and, at least in his case, justice has been served,” the 48-year-old said. “But I’m also aware that, every single day, it’s still not being served [in general terms] because [cover-ups] are happening every day.”

“We can all shout and scream and throw stones at the ogre, but that’s a distraction. The real issue is the system that uses NDAs as a legal tool to keep people quiet.”

The remarkable thing is, Perkins added, most people don’t realize that many NDAs are largely unenforceable when challenged. “There’s a culture of fear surrounding them,” added Perkins, who concedes they might be applied for the protection of trade secrets and ownership of intellectual property.

She and Chiu had initially wanted their day in court but the suggestion elicited only laughter from her own attorneys. “They said, ‘If you take this to court, your life will be ruined. They [Miramax] will drag your family, friends, acquaintances and anybody else associated with you and destroy them. Any money that you have — or your family has — will be exhausted and everybody will be bankrupt,’” Perkins recalled.

As for Can’t Buy My Silence, Perkins said she devoted herself to the project because she could no longer stomach the way people in authority can abuse their position. 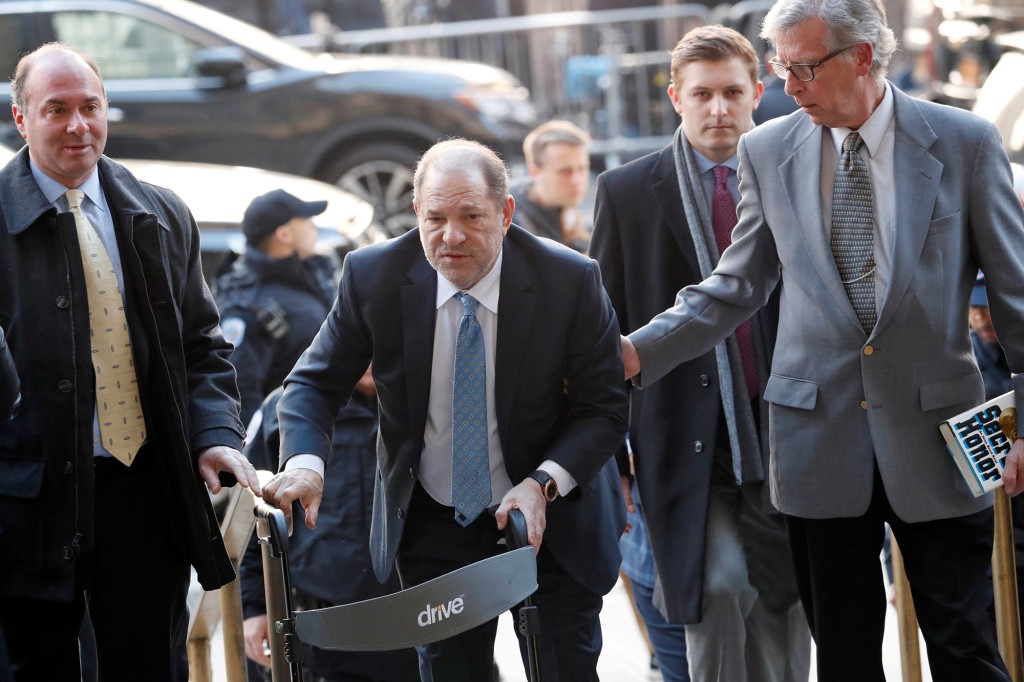 In 2020, Weinstein was sentenced to 23 years in prison for rape and sexual assault.REUTERS

“Until I spoke out, I didn’t realize the destructive, awful power that the [Weinstein] agreement has held over me. I genuinely did find my voice,” Perkins explained. “I’ve been validated because Harvey has gone to jail but, until the laws are changed, I’m still a slave and effectively paying for his crimes.

“Why is it that the victims are the people who have to continue to pay?”