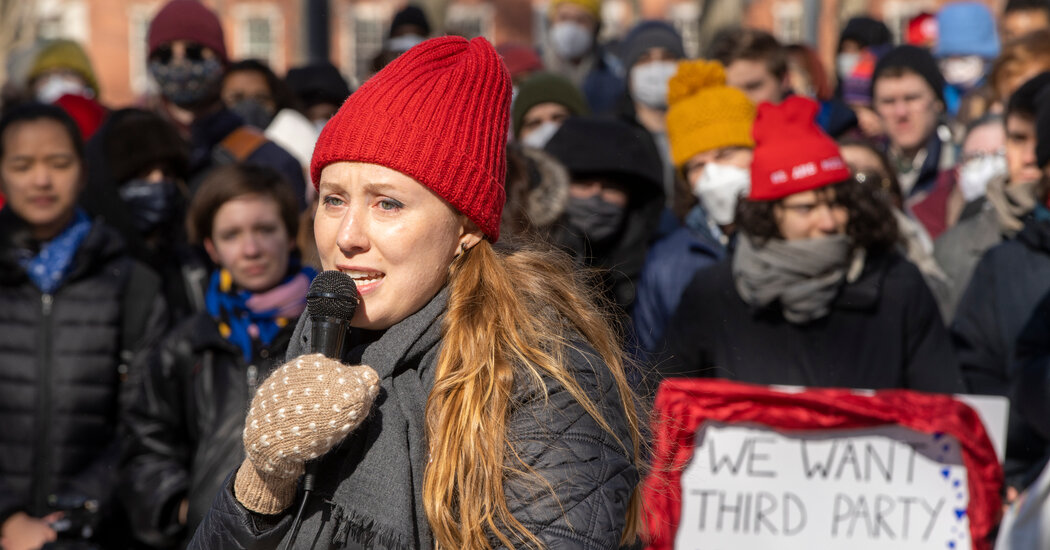 But whether Harvard should have pursued the confidential records is another matter, according to Dr. Caplan, the ethicist.

“That’s very murky in terms of consent, because she’s pressured, she’s vulnerable,” he said. “Does she really know what she’s turning over? It’s a very fraught situation.”

He added: “I’m not even sure if you said it was OK to share it, that it would be OK to do it anyway.”

Neither side would release the name of the therapist.

Harvard also said that the parties to a dispute were told that information would be shared with both sides, and that if they were not willing to share it, they should not submit it. This is standard practice under Title IX, the federal education law that mandates investigations into sexual harassment claims, said Brett Sokolow, a lawyer and president of the Association of Title IX Administrators, who is unconnected to the case.

Harvard said that all parties were notified — during interviews and in writing — of the requirement to share documents, and that it was also included in a list of Frequently Asked Questions on its website.

One of Dr. Comaroff’s lawyers, Ruth O’Meara-Costello, denied that he had gaslighted Ms. Kilburn. She said in an email that she had worked with the same investigator in other Title IX cases, and that “she is scrupulous about communicating to both parties that information and documents they share with the investigators will also be provided to the other party.”

At many universities, if a complainant, like Ms. Kilburn, offers a therapist’s records as corroboration, the university will hand the accuser a consent form to fill out and sign, including the name of the therapist, Mr. Sokolow said.