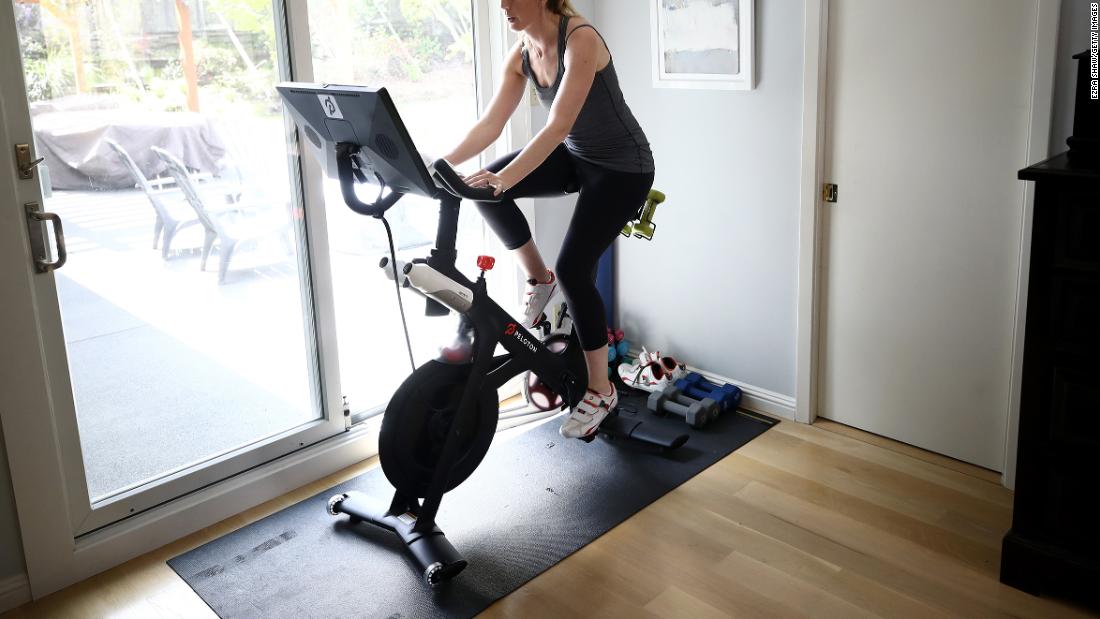 Shares of Peloton surged 30% in extended trading on the news, which comes days after activist investor Blackwells Capital urged the company’s board to put it up for sale.

Amazon is exploring an offer for Peloton and is speaking with advisers about whether and how to proceed, a source said. Peloton has not yet decided whether it will explore a sale, according to the source.

Meanwhile, the Financial Times reported late on Friday that sportswear company Nike (NKE) is also evaluating a bid for Peloton, citing people briefed on the matter, who said the considerations are preliminary and Nike has not held talks with Peloton.

Peloton and Nike did not immediately respond to a Reuters request for comment, while Amazon declined to comment.

Peloton’s sales boomed during Covid-19 lockdowns, with many snapping up home fitness equipment. But its fortunes began to fade as vaccinations increased, gyms reopened and rivals offered competitive products.

In November, it hinted that demand for its exercise bikes and treadmills was slowing faster than expected, and its market capitalization since then has shrunk to about $8 billion from a peak of nearly $52 billion in early 2021.

If the stock’s gains hold on Monday, Peloton could reach the $10 billion market-capitalization threshold.

Last week, Blackwells Capital called on the board of Peloton to remove CEO John Foley immediately, accusing him of deals that set high fixed costs and for holding on to excessive inventory, while misleading investors about the need to raise capital.

Blackwells criticized Foley for hiring his wife as a key executive and committing to a 300,000-square-foot, 20-year lease for office space in New York, among other things.

The investment firm, run by Jason Aintabi, has also urged the board to put the company up for sale to a buyer like Walt Disney (DIS) Co, Apple (AAPL), Sony (SNE) Group or Nike Inc, Reuters reported on Sunday.

Peloton has tried to cushion the blow to its growth by cutting the price of its popular bike and ramping up its ad spending, but growth remains stagnant.

Last month, Peloton said the company was reviewing the size of its workforce and “resetting” production levels, following a report that it was temporarily halting production of connected fitness bikes and treadmills after a significant drop in demand.

While many investors have become frustrated with Peloton due to a steep drop in its share price, analysts also note that the company may be a difficult acquisition target because of its two classes of stock, effectively allowing insiders to control it.

The news was first reported by The Wall Street Journal. The growth in the fitness band market has prompted tech giants such as Apple and Samsung (SSNLF) to introduce features for health tracking, including electrocardiogram and blood pressure sensor. Google (GOOG) closed its acquisition of fitness tracking company Fitbit (FIT) in January. Tech giants including Amazon and Alphabet have also seen a rise in their valuation after blockbuster results this week. A day after Facebook (FB) owner Meta Platforms suffered the deepest loss of stock market value in history for a US company, Amazon logged the greatest ever one-day increase in value. Checkout latest world news below links :
World News || Latest News || U.S. News