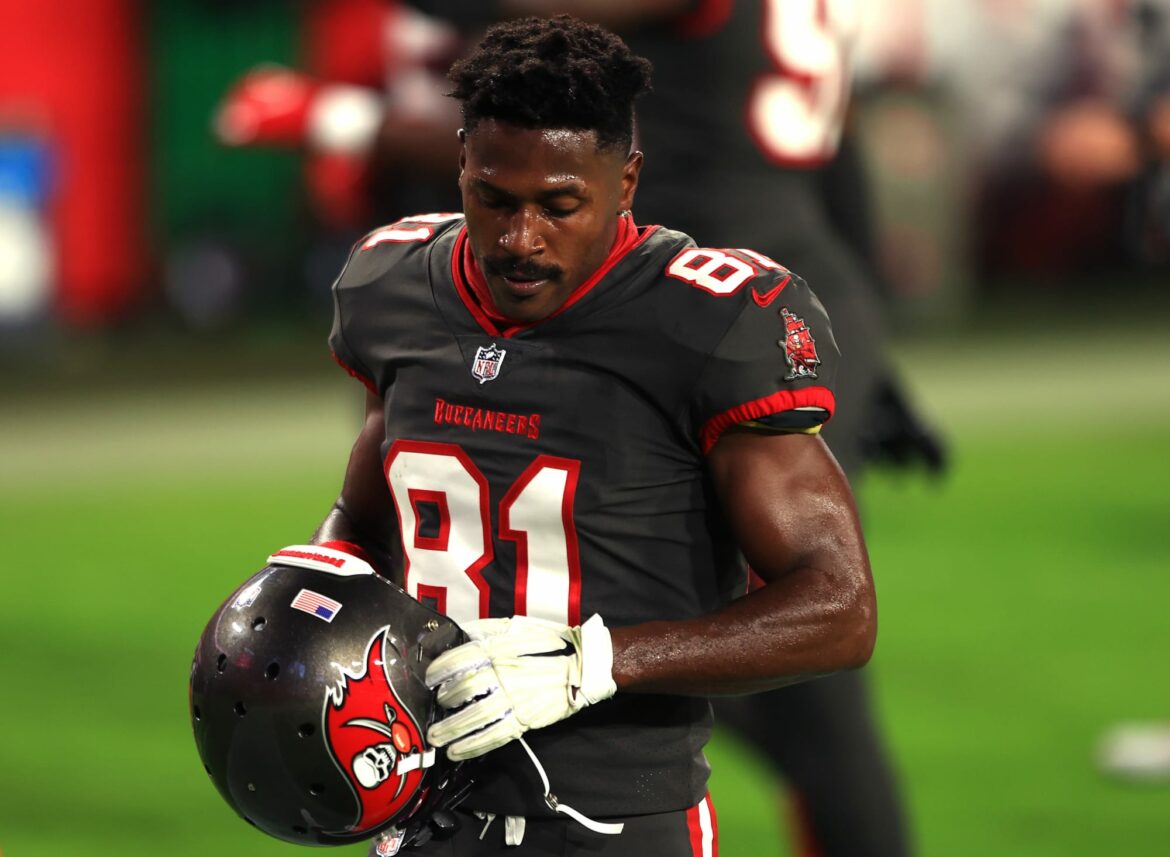 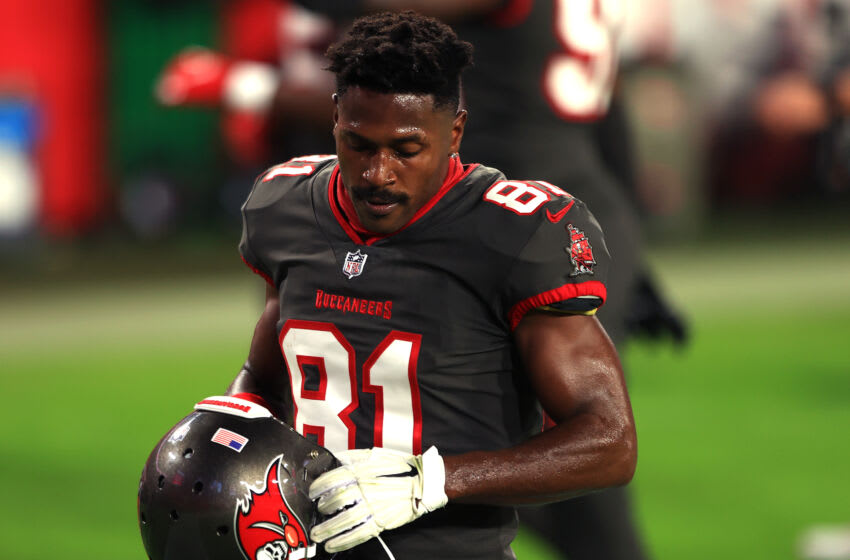 TAMPA, FLORIDA – NOVEMBER 23: Antonio Brown #81 of the Tampa Bay Buccaneers looks on prior to the game against the Los Angeles Rams at Raymond James Stadium on November 23, 2020 in Tampa, Florida. (Photo by Mike Ehrmann/Getty Images)

Antonio Brown was the story in the NFL on Thursday, as his former chef, Steven Ruiz, told the Tampa Bay Times that the Buccaneers wide receiver allegedly purchased a fake COVID-19 vaccine card to avoid league protocol. The news came as a bit of a shock, considering that head coach Bruce Arians said prior to the 2021 season that the team was 100-percent vaccinated. Now, Brown’s lawyer has entered the conversation to defend him.

Sean Burstyn, Brown’s attorney, says that the wideout is vaccinated. Burstyn even told ESPN’s Jenna Laine that Brown would receive the COVID-19 booster shot “live on TV” if the league guidelines and his doctor required him to receive it.

Antonio Brown’s attorney Sean Burstyn, told me Brown is vaccinated and, “If Antonio’s doctors and the guidelines require a booster shot, then at that time, he’ll be happy to do it live on TV and everyone can come watch.”

Immediately following the exclusive report from the Tampa Bay Times, the Buccaneers released a statement saying that “no irregularities were observed” when they were reviewing the players’ vaccination cards.

NFL spokesman Brian McCarthy released a statement, saying that they “are aware of the report” and that they “will review the matter,” per ESPN.

Earlier this season, Browns tested positive for COVID-19 and was placed on the reserve list. He missed Tampa Bay’s Week 3 meeting against the Los Angeles Rams, but returned for their next game against the New England Patriots.

We will continue to keep you updated on this story once more details are provided, and when the league releases an official statement regarding the allegations.