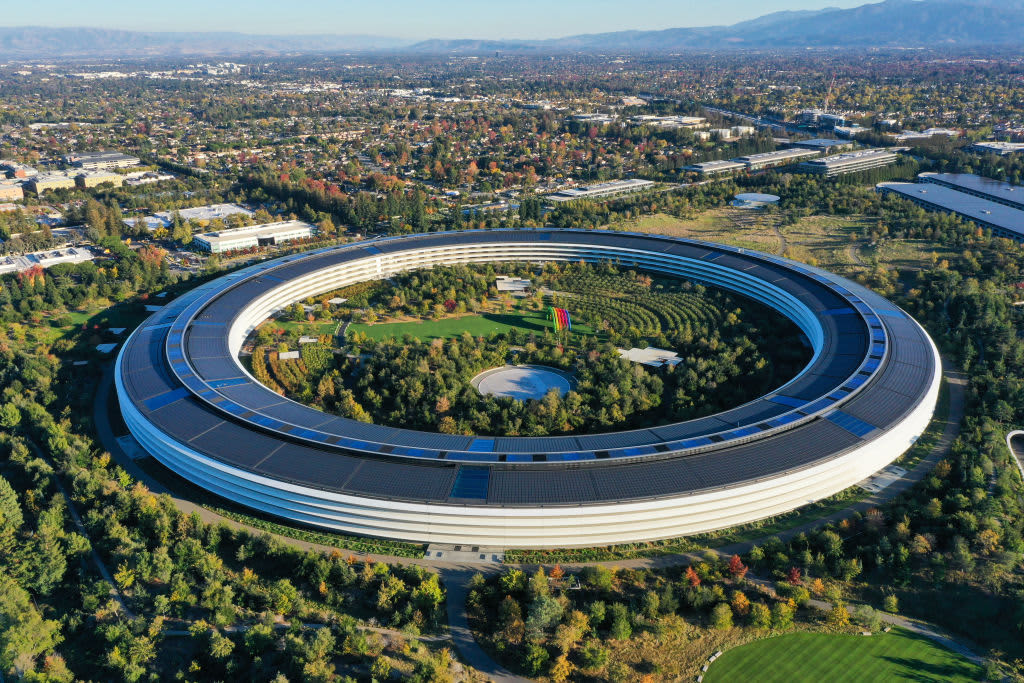 An aerial view of Apple Park is seen in Cupertino, California, United States on October 28, 2021.

Apple told staff on Wednesday that it is delaying a planned return to offices for corporate workers until an undetermined date, according to reports from Bloomberg News and NBC News reporter Zoe Schiffer.

A memo from Apple CEO Tim Cook said that the company would give workers a month’s head up before implementing a new return date, and that staffers would get $1000 bonuses to outfit their home offices. Apple previously planned for most employees to to return to the office on Feb. 1, according to the reports.

An Apple spokesman confirmed that Apple’s return to office date is yet to be determined.

The delay comes after Silicon Valley neighbor Google told its employees earlier this month that they would not be required to come back into the office on Jan. 10 as planned. Other tech companies including Lyft, Uber, and Amazon have also pushed back their return to office dates.

The delay also comes amid concerns about rising Covid cases and the Omicron variant, which appears to be more transmissible.

Apple first sent corporate employees to work from home in March 2020, as the pandemic started, although some staffers have returned to the office and most of Apple’s stores are open for business.

Apple has continued to effectively introduce new products and increase sales during the pandemic, although the company’s culture historically emphasized in-person collaboration, symbolized by its circular headquarters, Apple Park, in Cupertino, California.

Earlier this week, Apple closed three stores in response to rising Covid cases and required customers shopping in any U.S. Apple store to wear masks regardless of local requirements. Apple has also made Covid tests available to its staffers.